There’s a city in the Middle East that offers world class shopping, jaw-dropping architecture, a fascinating historic core, an exciting food scene, and one of the world’s most modern airports with connections to over 120 destinations. The airport is also one of the best gateways for connecting to East Africa, and its resident airline, Etihad Airways, is among the most admired in the world.

Abu Dhabi serves as capital of the United Arab Emirates, offering visitors an alternative way to spend their Arabian nights. The city is not lacking in superlatives. Where else can your clients take the world’s highest high tea and ride its fastest roller coaster in the same day? But Abu Dhabi is also conscious of preserving its heritage. Visitors can lose themselves not just in its museums and historic exhibitions, but on the living harbourfront, as well as in local markets and sheesha cafes.

Abu Dhabi’s star attraction is without doubt Sheikh Zayed Grand Mosque. The symbol of Abu Dhabi, supported by over 1,000 pillars and characterized by over 80 marble domes on its roof, this striking symbol of faith accommodates over 41,000 worshippers, and also welcomes non-Muslim sightseers. Incorporating over 100,000 tons of marble and designs embedded with semi-precious stones, the Sheikh Zayed Grand Mosque is a feast for the eyes. Unlike in many places of worship, visitors are also permitted to take photos, provided they avoid photographing worshippers. Remember, this is an active centre of spiritual life in Abu Dhabi.

Anyone who visits the UAE cannot miss the cultural wealth that are Abu Dhabi’s museums. The Al Ain National Museum is the country’s oldest, showcasing local artifacts dating back to the Stone Age, while the Qasr Al Hosn Centre focuses on the story of Abu Dhabi itself. While it’s tempting to think Abu Dhabi just sprang up overnight, people have lived and thrived here for thousands of years. A walk through the Heritage Village, part of the Emirates Heritage Club offers an insight into this past. You can learn about desert life including the dwellings and irrigation systems that supported the natives for centuries before modern Abu Dhabi was conceived. You can also learn about traditional handicrafts such as metal work, pottery, weaving, soap making, and of course the spices used in local cuisine.

Taking shape on Saadiyat Island, Louvre Abu Dhabi is set to open on 11 November 2017 and will be the region’s most talked about attraction. Louvre Abu Dhabi represents a fundamental statement of Abu Dhabi’s long-tem cultural ambition displaying artworks and objects of historic, cultural and sociological significance from different civilisations in an overarching timeline.

Inland, Al Ain – the Oasis City – is the emirate’s heritage heartland and one of the world’s oldest continually inhabited settlements. It is home to UNESCO inscribed World Heritage sites, a wealth of forts, oases, historic buildings and archaeological sites, and is a showcase of the country’s unique heritage and history.

I mentioned local cuisine? The Arabian Gulf prides itself on hospitality, making local dining an experience for more than just your taste buds. Street side cafes and restaurants abound, and the mild coastal climate (excepting the high summer months) makes outdoor dining a tempting prospect. Fresh produce is also readily available, as Abu Dhabi remains the rich trading hub it’s always been. Globetrotters can browse the colourful markets for a glimpse of what might end up on their table, then let the aromatic regional spices bring it to life, all finished off with fresh Arabian coffee.

Abu Dhabi is also an ideal stopover point for rev heads of all ages. Cars in all their forms are celebrated here, from the chic machines of Ferrari World to the timeless charms of the Classic Car Museum. There’s also the Emirates National Auto Museum some 45 kilometres to the south of the city. It features classic American cars, the Sheikh’s Mercedes rainbow collection, and the world’s largest truck. Fans of the BBC’s Top Gear might recognise some of the vehicles here.

One of Abu Dhabi’s biggest attractions as a stopover however is its national airline and airport. With regular flights to most major cities and partnerships to airlines around the world, Etihad Airways is one of the world’s most respected airlines, holding a coveted 5-star ranking from Skytrax, an honour shared by only nine airlines worldwide. Abu Dhabi airport itself offers world class facilities to make every connection as seamless as possible. This includes US pre-clearance facilities, so passengers bound for the States can just pick up their bags and go upon reaching US soil.

Travellers bound for East Africa particularly benefit from a stopover in Abu Dhabi. With abundant connections via Etihad, major cities in the region such as Nairobi, Dar Es Salaam, and Entebbe are all within easy reach. 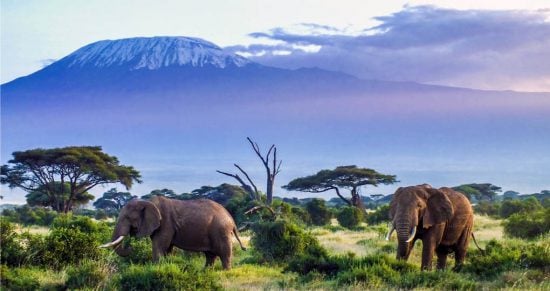 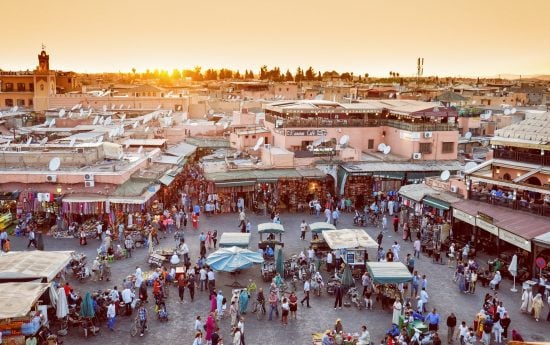