When you walk down the street in Bangkok, the possibilities of the future can seem almost endless. That’s because few, if any, nations offer the same diversity of experiences as Thailand. It’s a country that has it all, from the celebrated restaurants and thumping nightlife of Bangkok to the temples and jungles in and around Chiang Mai to the karst islands and sandy beaches of the south. No matter what kind of traveller you are, you’ll find something to fascinate you in Thailand.

It’s hard to overstate how well it works as a romantic destination. Usually, when travellers are planning a romantic getaway, they have to choose between a cultural experience in a world-class city or a relaxing vacation to the beach. In Thailand, they can combine the two. They can spend a few days in Bangkok seeing the sights in one of the world’s most spectacular cities and dining on some of the best food in Southeast Asia before connecting to one of the paradisal islands in the south to spend several days relaxing on sandy beaches and swimming through clear waters.

Phuket and Koh Samui are among the most popular island destinations, but travellers shouldn’t forget about the stunning scenery of the Krabi Coast and Koh Lanta, a beautiful, remote island that offers a taste of luxury away from the tourist routes. Goway’s Koh Lanta Stopover takes travellers to the remote island for four relaxing days among the waters. Thailand is also one of the most welcoming nations for LGBTQ travellers, so travellers don’t have to worry about not being accepted because of their sexual orientation or who they’re travelling with. Everyone is welcome in Thailand.

Thailand is also known for its affordable luxury, so travellers don’t have to break the bank to upgrade to that 5-star resort or add on an extra day on one of the southern islands. If travellers have ever wanted to experience life as the rich and famous do, they can satisfy their luxury dreams at a beachside resort or in one of the world-class hotels in the major cities.

Of course, that doesn’t mean that Thailand only appeals to those with more luxurious appetites. Anything but, actually. The country is famously affordable and makes for a great first vacation to Asia because of its reasonable costs and because of how much a traveller can do within its borders on one vacation. The flight there is often the most expensive part of the trip, and since it takes around a day to reach the country by air, travellers might as well make the most of the long travel and pack their trip to the brim.

Foodie travellers will find a lot to love in Bangkok, which has one of the world’s most celebrated culinary scenes. The remarkable thing about Thailand’s food scene is that it’s as celebrated for its street food as it is for its Michelin-starred restaurants. If travellers head to Yaowarat (Chinatown), they’ll find streets filled with food stalls selling some of the most delicious treats imaginable. Famous chefs and food journalists like the late Anthony Bourdain constantly lauded Thailand’s street food scene because you can’t find a better plate of pad thai or pad see eiw, bowl of boat noodles or spicy som tam than you will at the food stalls on the streets of Bangkok. Classic Thailand for Foodies combines visits to street food markets with cooking lessons and an unwinding escape to Koh Samui to cap it all off.

But Thailand has also been making a name for itself on the high-end dining scene. Internationally-celebrated chefs like Joel Roubuchon have been flocking to the country in recent years to open up high-end restaurants and Michelin has been handing out stars to the country’s most celebrated restaurants for several years. You need only visit the Michelin site or peruse some of the countless foodie blogs raving about the country’s eateries to find an upscale place to nab a reservation.

A night out in Thailand doesn’t end when the dinner bill comes. It’s one of the best countries in which to head to the club and dance away the hours until dawn. While popular movies like The Hangover Part II may exaggerate the rowdiness of Bangkok’s nightlife, the country does justify the reputation as being a country where you can cut loose for the night. And the nightlife isn’t just limited to Bangkok. Bangkok is certainly home to the most popular and famous bars and clubs—from the famous jazz club of Saxophone Bar overlooking Victory Monument, which is adorned with a painting of the late King Bhumibol playing the sax, to the neon-soaked tourist bars of Khao San Road—but Phuket and the other islands in the south have their own exciting night scenes that let travellers kick back with locals.

After a night out in Thailand, you may need to recharge. Luckily, Thailand is one of the world’s leading wellness destinations. Travellers can arrange for a wellness escape to a resort where they can rejuvenate their body with daily massages and detox treatments, as well as engage in morning yoga and other physical activities. Trips like Goway’s Thailand Wellness & Luxury Spa whisks travellers away to 5-star resorts like Amatara Wellness Resort to enjoy personalized wellness plans. Travellers can also get active with Muay Thai lessons or kayak adventures on the water. There’s even rock climbing or spelunking for the more adventurous travellers, as physical rejuvenation can mean different things to different kinds of travellers.

Travellers also want to get away from it all and escape the busyness that accompanies modern life. They can escape to aforementioned spots like Koh Lanta or relax in the peaceful atmosphere of Thailand’s beautiful north on a trip like Thailand Unplugged with Chiang Mai. Travellers can also go further off the grid to the historical centre of Pai with the Pai Experience to discover the kingdoms that defined the land before the formation of modern Thailand.

There’s so much to see and do in Thailand. It’s as romantic as destinations get, but it’s not only for lovers wanting to get away on a honeymoon or anniversary trip. It’s home to some of the most popular destinations in the world like Bangkok and Phuket, but it also accommodates travellers who want to leave the tourist trail behind in spots like the Krabi Coast and Koh Yao Noi. It’s truly a land for everyone. No wonder it’s called the Land of Smiles. Few things put a bigger smile on your face than being able to do what you love in a beautiful place far from home. 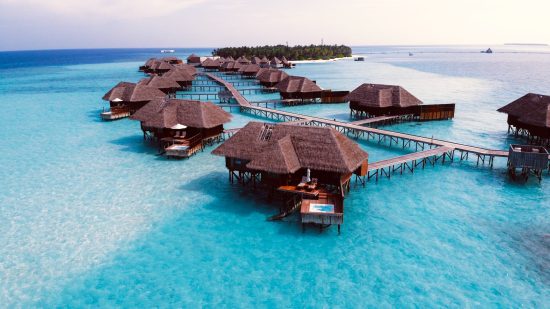 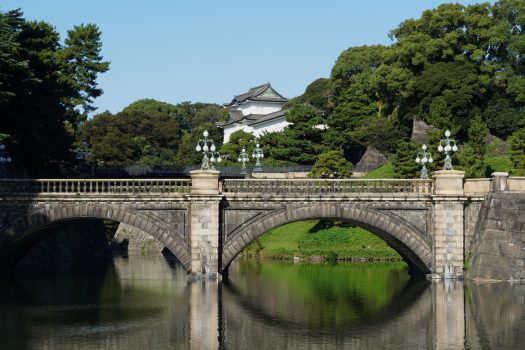 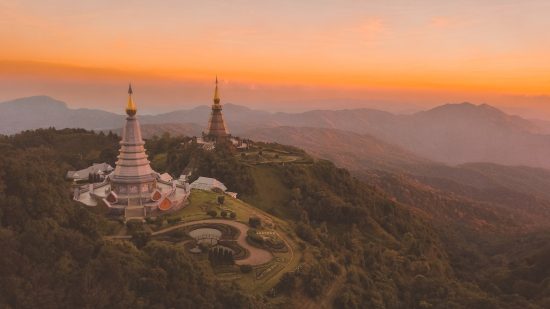