Have you ever wondered how Korean people seem to stay so eternally youthful and always look like they could complete a marathon at a moment’s notice? Sure, maybe the kimchi and Seolleongtang have something to do with it, but Korea is a country of endless activities. Here, I’ve highlighted some of the many activities that you can undertake in Korea, beyond the temple visits that are par for the course. As you’ll quickly see, Korea is about more than just temples.

Hiking: For clients with restless legs, my favourite pick for hiking trails winds up Gwanak Mountain. It isn’t the country’s tallest mountain, but it is accessible by Seoul metro and is perfect for travellers with more limited time. The hike itself isn’t overly strenuous for 90 percent of the time, but the last bit could be considered challenging. Overall, it’s just a 4km climb with a 600m-elevation gain, but well worth it. Gwanak Mountain offers panoramic views of the city and like the proverbial cherry on top, for those who achieve the summit, they are rewarded with a tiny, exquisite temple hanging over a cliff.

Golfing: There are 447 golf courses in South Korea, but a better piece of trivia might be that seven out of 10 golf simulators sold worldwide are installed in South Korea. Over 200,000 play virtual golf each day, that’s six times more than those who hit the greens. I guess it’s just more convenient. Clients can book a virtual tee time for 18 holes at any one of the simulators across the country for approximately $25 inclusive of clubs, shoes, gloves, and even a hat.

Cycling: A great thing to do in Seoul is to either rent a bike at one of the Green Bike spots for $3 US per hour for a single or $6 US for a tandem bike and travel alongside the city’s main Han River. Go at your own pace. Stop and enjoy an ice cream or some Twigim (Korean style tempura) or whatever looks interesting enough to try.

Diving: For something only found in Korea, travel down to the island of Jeju and watch the Haenyeo—a traditional group of Korean diving women who have been perfecting their craft since the early 1600s. No one knows exactly why the trade became “women-only.” Some say that women’s physiques were best adapted to the waters, but today it’s a dying industry. Many of the divers are now in their 80s and fewer women are choosing underwater fishing career paths.

Take a Taekwondo Class: Originating in Korea over 2,300 years ago, this mode of martial arts is a great way to immerse a traveller into the culture. Clients can book a one or two day class with a master who will guide them in the practise enough that they’ll feel confident navigating the queues at Costco when they return home.

Relaxing: And with all that activity, nothing better to tie things off than by spending some time at one of Korea’s rejuvenating spas and bathhouses. South Korea is known for having some of the world’s best pampering treatments. Choose from a menu of anti-aging, detoxifying, wrinkle removing, exfoliating, cleansing, toning, buffing…well you get the picture. Your clients will leave the country feeling and looking like cast members of Real Housewives of Beverley Hills—including the Botox if that’s what they choose.

And of course, there are still the temples of Korea to explore. Goway Travel offers a number of Korea packages that offer a good mix of culture and activity and because Goway specializes in FIT arrangements, we can build one if not all of the above suggestions into your clients’ next Korea booking.

Together with our partners at Korean Tourism Organisation, we have put together some great offers to showcase Korea;
8 day Korea Showcase
4 day Eastern Korea
3 day Seoul City Break 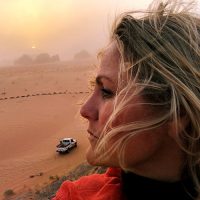