One of the biggest reasons why visitors travel to Normandy is to discover the historic landing beaches of the Second World War. June 6, 2019 marks the 75th Anniversary of the largest allied operation which took place in Normandy, France. The Battle of Normandy lasted from June 1944 to August 1944, resulting in the Allied liberation of Western Europe from Nazi Germany’s control. The battle began on June 6, 1944, also known as D-day, when some 156,000 American, British and Canadian forces landed on five beaches along a 50-mile stretch of the heavily fortified coast of France’s Normandy region. The invasion was one of the largest land and sea military assaults in history.

However, there are many other reasons to explore this region. Only 215 km from the French capital, Paris and easy access by car or train, it’s no wonder why each year, hundreds of visitors flock to Normandy, known for its impressionist art, wonderful food and drink cycling routes, D-Day landing beaches, cider, medieval sights and quaint French cities and towns.

Giverny, a typical Norman Seine-side village, is best known as the inspiration for one of the greatest artistic impressionist master Claude Monet, captured in his dreamy water-lily ponds.
Follow in the footsteps of William the Conqueror, who heavily influenced the region of Northern France as evident in the various castles, churches, abbeys and other architectural masterpieces since the Middle Ages. At the Bayeux Tapestry Museum, a listed UNESCO world site, the Norman conquest can be visualized through the 70 metre-long and 50 cm high embroidery displaying clothes, castles and ships and the conditions of life in the 11th century.

Normandy’s northern coastal region, with easy access to nature, beaches and walking and hiking paths, also provides an ideal way to visit the area with varying cycling routes with more than 310 miles of paths combining fresh air and sightseeing. There are various thematic routes to select from including historical D-Day beaches, mountain bike trails and Seine impressionist routes.

Visitors will also enjoy the region’s local food and drink, including cider, a traditional drink mostly produced in Normandy and Brittany. Excursions to open markets and farms to taste cider and other locally sourced products are available.

Normandy offers its visitors a variety of dramatic coastal landscapes, pebbly beaches, fine museums, quiet villages and medieval architectural gems. This is a destination not to be missed!

Departing on June 4th, for 1 special departure only, you can discover Normandy and the historic D-Day landings on Goway’s 9-Day semi-escorted program. 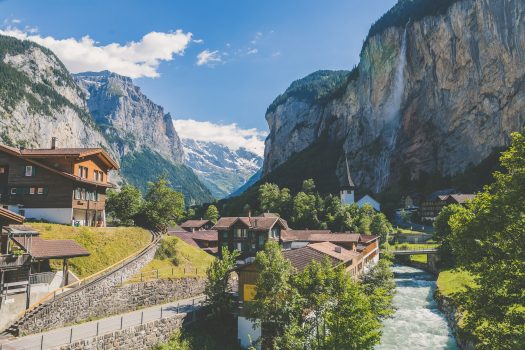 England and Iceland: The Perfect Destinations for Last-Minute Getaways