Nothing reveals the real flavour of a city more than its neighbourhoods. These are the places where locals meet, gather, and entertain themselves. Plan a visit to one of these neighbourhoods the next time you are in Sydney on an Australia vacation.

I have always, when visiting a large city, sought out what the locals call their neighbourhoods. On trips to Australia, of course, you want to take in the amazing highlights of Sydney such as the Sydney Opera House, where you can gaze in awe at Sydney Harbour Bridge, plus visit the historical Rocks District as well as exceptional city museums and art galleries, etc. Many city tours include these but they are geared to the possibly first-time visitor and don’t always show another side of the city.

The Rocks – the Oldest Neighbourhood in Sydney, Australia

Let’s take a look at some of the key neighbourhoods in Sydney which add so much to the vitality of this metropolis. The great thing about Sydney is the accessibility of its different neighbourhoods outside of the city centre. Most of them can be easily reached by ferry from Circular Quay or by local bus or even on foot.

Darlinghurst is located next to Sydney’s Central Business District and is a short walk away. Although close to the city, it is home to a large number of the younger population. It once had a reputation for being a slum and was somewhat seedy, but, like most areas of this nature, it has become more gentrified and upscale. Today, it is the centre of the city’s gay and lesbian community. The main thoroughfare is Oxford Street, which is one of Sydney’s better-known shopping and dining streets. It has an eclectic mix of lively bars.  Dining is a gastronomic adventure as you can find cuisine from all over the world. At night, Darlinghurst is a flamboyant, vibrant neighbourhood designed for late activities. Crown, Victoria, and Bourke Streets are the place for small designer boutiques and vintage clothing. There is also a range of small commercial art galleries, high-quality furniture shops, and a very good theatre.

Named after the London neighbourhood, Paddington is within a short walking district from the centre of the city. It is known for its uniquely designed terrace houses in its side streets off the main thoroughfare, Oxford Street. These are restored Victorian terrace houses with distinctive aspects, such as cast-iron balconies. As you stroll along Oxford Street, you will come across an excellent selection of individually-owned boutiques and bookstores. If you are a serious shopper, allow plenty of time to pop in and out of the shops, many of which feature contemporary Australian designers. There is also a choice of good restaurants offering everything from typical Australian and European cuisine, plus there are a number of interesting pubs and cafes to stop at and rest your feet. On Saturdays, you can have fun strolling a market which features arts and crafts, checking out the selection of items on sale. If hungry, you can purchase handmade chocolate or fresh bread made locally. Eventually, you will finish up by finding Centennial Park on your right. This is a fairly extensive park and a good spot for a change of pace, with its attractive ponds and beautiful native Australian flowers. There is also a café and restaurant. Once refreshed, you can take a bus back to the centre.

Balmain is a short ferry ride from Circular Quay, heading west of the Sydney Harbour Bridge. It is a picturesque waterside neighbourhood sitting on a peninsula jutting out into the harbour. You will find tree-lined streets and some of Sydney’s oldest cottages here. It is where many musicians and artists make their home. Start with a stroll down Darling Street, with its coffee shops, boutique delicatessens, and shops offering wholefood products and organic cuisines. It is something of an alternative district with a village feel about it, offering one of the most active foods and bar scenes in Sydney. Some of the city’s oldest pubs are in Balmain such as the Bald Rock Hotel, built in 1876, and the Riverview Hotel, dating back to 1881. There are a couple of markets offering everything from clothes and jewellery to food and antiques.

Everyone has heard about Bondi Beach – the surfing and all that. However, it is also a neighbourhood destination for sure. It is very accessible, on your Australia vacation, from Sydney, as it is a short bus ride of around 30-40 minutes from the centre. When you arrive in Bondi, your first impression is of a beach resort with shops and restaurants catering to visitors. However, it is also a residential neighbourhood. Bondi has a nice beach which is within spitting distance from the cafes which line the promenade. There is a very pleasant walk above the ocean, along the cliff path to the next beach, Coogee. If you wish, you can go swimming at the north end, a safer area of the beach which is patrolled and, generally, has the calmest surf conditions. You will certainly see the iconic surfers doing their thing in the ocean, and people carrying surfboards are an extremely common sight. Tamarama Beach is located about 1 kilometre/half a mile around the headland of Bondi Beach. It is great for surfing, surrounded by pleasant parklands, and is supposedly where the “beautiful people” hang out. It is often called “Glamarama” because of the number of glamorous topless bathers.

Manly Beach is in no way a poor man’s Bondi, on trips to Australia. You can take a ferry from Circular Quay heading east, and in 30 minutes be in Manly. However, on arrival, you will find yourself at the back side (harbour side) of Manly, so to get to the ocean, you need to walk for around 5-10 minutes through the main street of Manly. Overall, it is a quieter version of Bondi but no less attractive. The beaches here are much better suited to amateur and beginner surfers. There is an excellent choice, along the beachfront, of cafes, bars, and restaurants. There is a pleasant walk to Shelly Beach on the Cabbage Tree Bay Coastal Walk, where you can see eco-sculptures (little silver sculptures on the rocks depicting the plants, animals, and humans of the Manly area) along the way, as well as interesting marine life. If energetic, Manly is a good spot for exploring, offering a 45-minute walk to the North Head National Park, one of Sydney’s best whale-watching venues and a great place to watch the sunset.

A third beach in the same vicinity as Bondi is Bronte, which can be reached by a short bus ride from town. A visit to Bronte can be combined with a lovely coastal walk to Bondi. The Bronte area actually consists of three beaches all linked by a coastal footpath along rocky cliff tops. There are lots of sunny or shady spots in the grass, so you can enjoy a picnic in the park. It is known for its challenging surf, but for swimmers, at the south end, there is one of the best open-air pools in Sydney. Next to the beach is Bronte House, a Gothic building dating from 1845. It is a heritage-listed building with one of Australia’s finest colonial gardens featuring terraces, ponds, flower beds, fountains, a mini rainforest, and attractive rock gardens.

Double Bay is reached once again by ferry from Circular Quay heading east. It is one of Sydney’s most beautiful harbour neighbourhoods and also one of the most expensive and upscale suburbs. I remember going there with a local for the first time and he told me that Sydney dwellers nicknamed it “Double Pay” because of its exclusivity. Still, it costs nothing to walk around Double Bay. You can check out the most expensive real estate here on your Australia vacation. If so inclined, do go to the designer boutiques and shop with the “beautiful people.” Less expensive is to sit at one of the open-air cafes and enjoy people-watching. In the evening, Double Bay attracts a young, hippier crowd who frequent the bars and restaurants. If you want to sit on the beach, you can head to Redleaf Beach, where you can relax and gaze across the harbour at the downtown Sydney skyline.

Just along the harbour coastline from Double Bay is another upscale neighbourhood, Rose Bay, again reached by ferry from the centre. Here, the views of Sydney Harbour and the skyline are excellent. You might want to consider spending time at one of the restaurants on the waterfront or the coffee houses to take in the views. It is a neighbourhood known for its grand old buildings and beautiful scenery. Examples of attractive old buildings are Rose Bay Cottage, built in 1834, and Fernleigh Castle, a sandstone mansion dating back to 1892 which resembles a castle due to its turrets and Norman tower.

My introduction to Watsons Bay was through a recommendation for supposedly the best fish and chip restaurant in Sydney. Being partial to this particular dish, I headed out to Watsons Bay which is a little further out of the centre than all the other aforementioned neighbourhoods, but still well worth visiting. Just to put it on record, the restaurant was Doyle’s on the Beach, which has been family-operated for over five generations. It is a somewhat upscale place with the “dish” served in style. Watsons Bay is Australia’s oldest fishing village and can be reached by ferry to Rose Bay and then a bus, or, you can take a bus all the way from the centre. One major attraction here is a series of dramatic cliffs overlooking the sea. There are spectacular views of the harbour and along its picturesque coastline, you will find some very beautiful beaches. One of the best ways to experience the views is to take a coastal walk. There are two walking paths from Watsons Bay wharf. One goes north past Lady Bay Beach to South Head. The other walking path meanders south past The Gap, an ocean cliff facing the sea, and then along past the Signal Station and Macquarie Lighthouse, Australia’s oldest lighthouse still in operation today. Watsons Bay is home to several historical buildings that date back to the 19th century such as St Peter’s Anglican Church and Vaucluse House, one of Sydney’s only 19th Century harbourside estates which is surrounded by extensive, formal gardens and grounds.

So there you have it. Do make sure you take in the central highlights of Sydney on your Australia vacation such as the Opera House, the Harbour Bridge, and the historical Rocks District. After that, I highly recommend choosing some or maybe all of the above neighbourhoods to really get to know this fantastic world-class city. 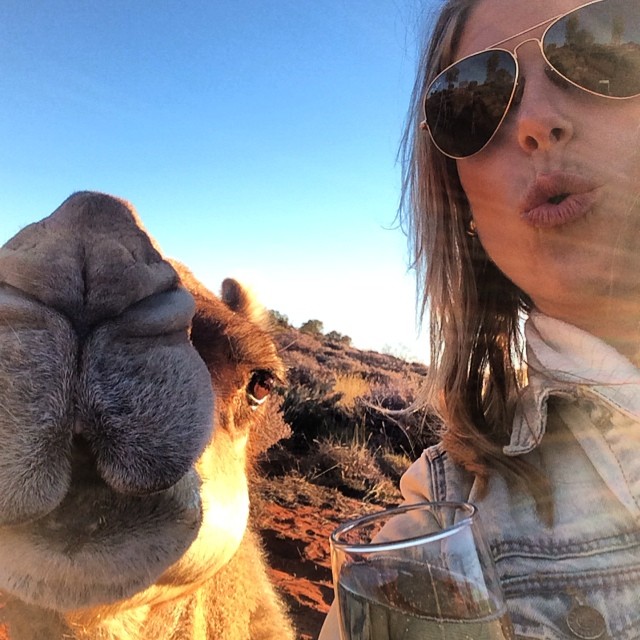