Mexico City is one of the planet’s top city breaks, offering a feast of art, great cuisine, centuries of history, and world class attractions and museums, plus local experiences you simply can’t find elsewhere. So, if you think a trip to Mexico is all about beach resorts with occasional Mayan ruin hopping, pack your street clothes for an urban adventure in Mexico City! Not sure where to start? Try one of these four one-day itineraries.

Highlights and History in the City

For history buffs, Mexico is an absolute treasure trove. Two weeks is barely enough to zip through the country’s pre-Columbian highlights, but you can enjoy a taste of them in one day without ever leaving central Mexico City. Start where so many great Mexico City days do, at the Zocalo, the capital’s main square. Flanked by the enormous Metropolitan Cathedral, and the National Palace, this is the intersection of Mexican faith and politics. Don’t miss the Diego Rivera murals inside the palace, and when you’re done checking out the cathedral, go round its eastern side to find a much older place of worship. The Museo del Templo Mayor preserves what remains of the Aztec capital, Tenochtitlan, destroyed by Spanish invaders. Be sure to pop down into Zocalo’s metro station to see a model of the temple as it originally appeared.

In the afternoon, hop the metro (or taxi) to Mexico’s astonishing Museum of Anthropology. No greater crash course in pre-Columbian empires exists than the one inside these walls. Give yourself at least two hours, and remember the museum is closed on Mondays. Afterwards, stretch your legs with a steady walk up to Chapultepec Castle. Peruse the National Museum of History if you have time, or just take in the Mexico City sunset from its magnificent terrace.

It won’t take you long once in Mexico City to see a city enthralled with art. Pay your respects to Frida Kahlo at the Casa Azul. Arrive early as lines get long, or pre-book your ticket to skip the queue. For a quick history break after visiting Frida, the Leon Trotsky Museum, where the Russian revolutionary lived until his assassination, is a 10 minute walk away. Your Casa Azul ticket includes entry to the Rivera-designed Anahuacalli Museum, built to house Rivera’s collection of pre-Columbian art. Alternatively, indulge your senses at the National Museum of Popular Culture, or explore Mexico’s love of the moving image at the National Film Museum.

In the afternoon, zip to the café atop Sears (yes, Sears), opposite the Palacio de Bellas Artes, for the best view of Mexico City’s gorgeous performing arts hall. Afterwards, marvel at its interior, before choosing from the surrounding museums. The Museo Nacional De Arte and Museo de Arte Popular are favourites, the latter particularly if you have kids in tow, or visit the museum devoted to Rivera’s Murals. If your eyes need a rest, hop on down to the Museo del Chocolate for a tasty reprieve!

The Colourful Culture of Xochimilco

If you’ve not completely overdosed on art, the Museo Dolores Olmedo is one of the most impressive museums in the city. Even if you’re not feeling the creative vibe, you can still enjoy the architecture and gardens of this gorgeous 16th-century hacienda. Afterwards, head to the colourful Xochimilico district, famous for its many canals and multi-coloured trajinera boats. It helps to have a group if you’re planning on taking a ride on one of these (and you should). Rentals are charged per boat, not per passenger, so if you can team up with some fellow globetrotters, the exercise becomes much more affordable.

Weekdays tend to be super quiet on the canals, so you might be able to bargain for a better rate. On the other hand, you’ll also miss some of the local atmosphere that brings the area to life on weekends. If you’re determined and have at least half a day to spare (and a dark streak), it’s possible to reach the macabre Island of the Dolls. If you’re not set on seeing Mexico City’s most unsettling attraction (or are balking at the price or time investment), devote the late afternoon to exploring Xochimilico itself. Once you break through the touristy glitz of colourful boats and mariachi bands, you’ll find this is one of the most creative parts of Mexico’s capital.

Getting Out of Town

Mexico City offers a number of great day trips, but two in particular stand out. One is to the ruins of Teotihuacan, found just 40 kilometres (25 mi) from Mexico City. Meaning “Birthplace of the gods,” Teotihuacan is famous for the enormous Pyramid of the Sun and the Pyramid of the Moon, both of which overlook the 5 kilometre (3 mi) Avenue of the Dead. These incredible monuments far predate the Aztecs who found and renamed them, however. While the Aztecs settled Teotihuacan only in the 1400s, and the Toltec civilization before them, the city is believed to predate the birth of Christ by some 400 years. While its origins remain a mystery, the awesome spell it casts on visitors is easy to understand. Teotihuacan is a must visit for any first-time visitor to Mexico City, but it can usually be seen in half a day. Spend the afternoon and evening enjoying today’s culture in the energetic La Condesa district.

Mexico City’s other great potential day trip takes you to Puebla. Centered around Puebla de Zaragoza, the UNESCO World Heritage listed city, Puebla boasts an historic city centre, museums to rival Mexico City, a delicious culinary identity all its own, and even an “African Safari” park. The remains of the Great Pyramid of Cholula are close by as well, offering to add some pre-colonial history to your visit. Be sure to try mole poblano before you leave!

We haven’t much talked about meals in this post, but simply put, you’re in one of the tastiest capital cities in the world! Be bold, but not silly when it comes to street food. A queue of locals usually signals some tasty (and safe) treats. These might include crispy, chocolate dipped churros, blue-corn tlacoyos, steamed tamales, more varieties of tacos than you can hope to try in one trip (but by all means, try as many as possible), and finally, chilaquiles. A humble bed of tortilla chips smothered in a variety of toppings and sauces, Mexico City’s staple breakfast isn’t the healthiest option, but it serves up an explosion of flavour and can be found across the city. 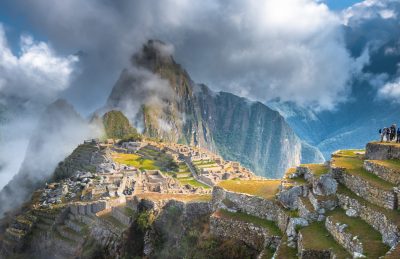 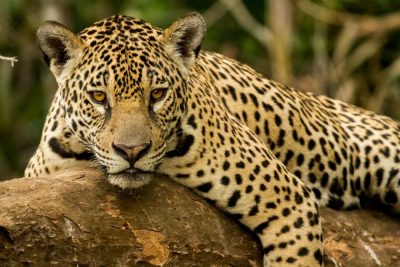