The Benefits of Going on Safari in Winter

Winter is arguably one of the best times of the year for going on safari. This season begins in May and extends all the way through to spring in September.

South Africa, in particular the Eastern Cape, experiences a generally dry and mild winter. The mornings and afternoons tend to be cooler, whilst during the day, temperatures tend to be warm and pleasant. With this in mind, it would be wise to pack a few clothing options to suit all weather patterns as winter varies all over Africa. However, warmer jackets and sweaters are essential for game drives. As well, cozy blankets and hot water bottles are supplied to make your game drive that much more enjoyable.

Game viewing is spectacular in the winter months, as animals tend to stay active for longer. Animals tend to flock to waterholes as a result of the scant rainfall during this time of year, which makes for interesting wildlife encounters. The more elusive and nocturnal animals tend to appear out in the open on cooler days, as opposed to engaging in their usual reclusive behaviour as they do in the summer months. Hippos often graze out in the open during cool winter days and can be found wallowing in the mud. In the summer months, the sun is too harsh on their sensitive skin, but winter gives them a break from damaging UV rays. There’s also a higher chance of seeing the nocturnal aardvark, as well as other creatures that only come out at night.

With winter being the quieter season for travel to Africa, you may be pleasantly surprised while staying at some lodges as you have a greater chance of ending up with your own private vehicle. This is a little something that can make your winter safari in South Africa even more special. As winter falls during the country’s low season, travellers will also find that the rates are much more affordable than during the busy, peak summer months.

So, if you haven’t yet been on a winter safari, why not make this your year to try it out? At Goway, we have lodge stays along the Eastern Cape in luxurious Shamwari game lodges, including the Bayethe Tented Lodge, the classical Riverdene Lodge, and the exclusive Eagles Crag Lodge. You can also opt for the epic Cape Garden Route & Safari Escape, which takes you from Cape Town, along the picturesque Garden Route, and finally to a game reserve in the Eastern Cape. A winter safari could turn out to be something magical and memorable. 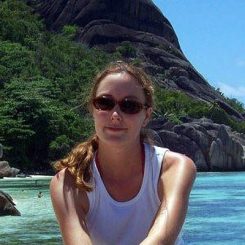 I have been working in the travel industry for over 12 years, with my primary specialty being Africa. I have a passion for all things travel and I turn holiday plans into truly memorable experiences.