For such a small destination, a Hong Kong vacation is packed with things to do to keep you busy for weeks!

I must say that on my visits to Hong Kong, which have been many, I have always found something different to enjoy and discover. It’s definitely a city on the go all the time, and you should never be bored here. You will easily get caught up in the energy which is seemingly exuded.

While on a Hong Kong vacation, I am going to recommend first something I never get tired of doing, and that is taking the Star Ferry across Victoria Harbour between Kowloon (Tsim Sha Tsui) and Hong Kong Island (Central), the two principal parts that make up a large chunk of the city. It is the cheapest entertainment in Hong Kong as it costs 25 cents US/35 cents CA for a one way ride. You get spectacular views of the skyline of Hong Kong and a glimpse into harbour activity, all during the 15-minute journey. Just turn up any time between 6:30am and 11:30pm and you will find a ferry departing every 6 to 12 minutes depending on the time of the day. If you want a slightly longer ride, you can catch a ferry between Kowloon and Wan Chai, further along Hong Kong Island. If you are really looking for a longer more leisurely experience, there is the harbour cruise. The Star Ferry’s Harbour Tour sails on a circular route for an hour around Victoria Harbour, covering and calling in at Tsim Sha Tsui, Central, and Wan Chai. Moving up in style, you might want to take a private junk cruise around the harbour. This can be done in the daytime and in the evening, on a dinner cruise.

Hong Kong Island features the world’s longest outdoor covered escalator. Not far from the ferry is the Central-Mid Levels Escalator system which is 800 metres/0.5 mile in length and climbs 135 metres/940 feet in elevation. To ride the full length of the escalator takes approximately 20 minutes. Hong Kong Island is made up of steep, hilly terrain so this is one way of getting around quickly. En route you will cross over several major streets while being able to look down into a number of neighbourhoods.

While on the subject of heights, Hong Kong Island is dominated by Victoria Peak, which can be seen from the harbour and almost everywhere else. There are several ways to reach the summit – by road or bus, also via the Peak Tramway. However, if you are adventurous and have the energy, you can hike up to the top of the peak. This is reasonably strenuous but will be rewarding for the views you will have on the way up. Also, naturally, you can do it in reverse and walk down. If you have taken the aforementioned escalator, this will bring you close to the trail where you begin your hike. Allow at least one hour to get to the top.

Also for walking enthusiasts is the Dr. Sun Yat-sen Historical Trail which includes 15 spots in the areas of Central and Sheung Wan on Hong Kong Island, relating to the life of Sun Yat-sen, the father of the Chinese revolutions of the last century and one of the founders of the Republic of China. He spent 9 years here as a young man. To complete the walk, it takes 2 hours to complete and is 3.3 kilometres/2 miles in length between the University of Hong Kong and Central, going from east to west.

If you thought Victoria Harbour was a dazzling cityscape on its own, hang around for The Symphony of Lights – the nightly multimedia show involving more than 40 buildings on both sides of the harbour. The Symphony of Lights has been named the “World’s Largest Permanent Light and Sound Show” by the Guinness Book of World Records. To see this, head to the Hong Kong Cultural Centre on the waterfront of Kowloon at Tsim Sha Tsui at 8pm any night of the year, and for 13 minutes watch the skyline being lit up. This is done with coloured lights, laser beams, and searchlights, all synchronized to music. Live narration is available in three languages: English on Mondays, Wednesdays, and Fridays; Mandarin on Tuesdays, Thursdays, and Saturdays; and Cantonese on Sundays. This spectacle can also be watched on the promenade at Golden Bauhinia Square in Wan Chai on Hong Kong Island, and from sightseeing boats in Victoria Harbour.

Because of its all-year-round conducive weather, Hong Kong is a great place to cool off in by going swimming at one of its scenic beaches. Repulse Bay is probably the best known beach and is located at the back (southern end of Hong Kong Island, not far from Stanley Market. It is situated in an upscale residential area and is popular with both locals and visitors. One of the most beautiful is Tai Long Wan Beach on the coast of the Sai Kung Peninsula, which is to the east of Kowloon. The water is clear and the sand is white. The sea can be rough at times, making it perfect for surfers. Another gorgeous beach is Turtle Cove Beach, just east of Stanley. Mostly used by the local residents from the surrounding exclusive and affluent area, the beach is quiet and not crowded. There are several other beaches which can be checked out in this subtropical destination.

Hong Kong is noted for its excellent shopping – be it at designer boutiques or colourful, local markets. The latter are to be found everywhere and are a mainstay of Hong Kong’s shopping venues. Here are a few of the many which might be of interest, and, in some cases, might be termed different or unusual.

The most renowned market which is visited almost by every visitor on a Hong Kong vacation is Stanley Market, on the south side of Hong Kong Island. It is a labyrinth of narrow alleyways containing stalls and shops selling every kind of merchandise, including silk garments, sportswear, art, Chinese costume jewellery, and souvenirs. There are also a number of restaurants available for lunch or a snack.

Kowloon is home to the majority of street markets. There is the Ladies’ Market in Mong Kok, with its more than 100 stalls offering what most women are happy to find – bargains. The name derives from the type of merchandise sold here such as clothing, cosmetics, CDs, trinkets, leather goods, and, of course, SHOES! It stays open until late in the evening.

The best known “night market” is the Temple Street Night Market in the area of Jordan in Kowloon. Here you can find not only merchandise for sale but it’s also a place for singers, buskers, and fortune tellers to entertain you. It is a very lively part of Hong Kong. One can pick up almost anything, from electronics to clothes and food.

The Flower Market in Mong Kok, Kowloon may not be for everyone, but if you are interested in horticulture and gardening, then you will enjoy the sight of shops selling exotic blossoms, houseplants, and a wide variety of fresh flowers such as roses, tulips, orchids, chrysanthemums, lilies, etc.

I suppose the Bird Market, which is located in a traditional Chinese garden in Mong Kok, is again not for everyone. However, it is worth a visit to see the dozens of stalls selling exotic birds in cages. The Chinese have traditionally liked to keep birds as pets, and here, you will see old men with their cages taking their birds for “walks,” much like you would take your dog to the park.

Another close-by market in Mong Kok is devoted to goldfish. It seems the Chinese feel that an aquarium of goldfish will bring good luck to their home. However, here you will find not only goldfish but also other tropical species including some reptiles and amphibians swimming about.

Looking for something totally unique? Head to the Cat Market on Hong Kong Island. You might find a rare antique such as Ming Dynasty furniture or something from the Chinese Cultural Revolution. The market is a mixture of antique dealers, curio merchants, and art galleries. This is also the place to look for bargains in jade, silk products, embroideries, and wooden handicraft items.

A Different Side of Hong Kong

If you are a gambler and want to have a flutter on the horses, every Wednesday evening from September to July, there are horse races at the Happy Valley Race Course on Hong Kong Island. You can join the locals who all love to gamble. If you are in the mood, you can have dinner at the Stable Bend Terrace while watching the action.

For your evening entertainment, you might want to head to the Lan Kwai Fong district on Hong Kong Island. It is Hong Kong’s most popular nightlife spot where there are more than 90 restaurants and bars/pubs from which to choose. Immediately after work, office workers can be found quenching their thirst inside and usually outside the drinking establishments. It is at its most crowded on Friday and Saturday nights. Wing Wah Lane is a street offering many foreign cuisines, such as Japanese, Indian, Thai, and Malaysian.

Something very different and unusual is the Dialogue in the Dark in Kowloon. To quote the organizers, “Dialogue in the Dark is a series of every day settings to be experienced in total darkness as blind guides lead you through the different situations.” This lasts about 75 minutes, as groups of up to eight people visit five real scenes in the dark, making you use other senses to explore the surroundings. It allows you to get a glimpse into the world of the visually impaired and reflect on their lives.

When you want to get away from the hustle and bustle of Hong Kong, consider taking a ferry to Peng Chau Island, 8 kilometres/5 miles away, where you will definitely be “off-the-beaten-track.” There are no cars, buses, or taxis on this island. It is a place for walking or cycling (bikes are available for rent). The island has 8 temples including the Tin Hau Temple, dating back to 1792. Around the coastline, you can view marine life including Chinese white dolphins. Finger Hill is a popular spot with panoramic views of the island. There are also a number of beaches dotted around the coastline.

The places mentioned here are just a fraction of the many things you can see and do on a Hong Kong vacation. Just by wandering around, you may well find your own unusual and special attractions. 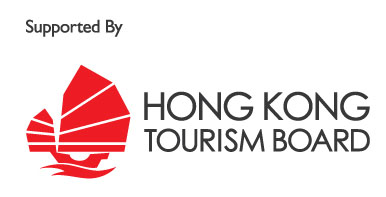