Melbourne steals the hearts of visitors on an Australia vacation. What is it about the Victorian capital (in)famous for “four seasons in one day” that keeps Globetrotters coming back? There are more reasons for that than we can possibly go into here, but these six ideas for a Melbourne visit are sure to win you over.

1. Waddle Your Way to Phillip Island

Fact one? Little penguins are adorable. Fact two? They come ashore by the thousands each night on the beaches of Phillip Island, making the intrepid journey back to their burrows after what can be several days hunting in open water. That’s a whole lot of cuteness for one easy day trip from Melbourne. Add in the chance to see wild koalas and catch a glimpse of the area’s colonial past on a preserved local farm, and Phillip Island is a day trip you don’t want to miss.

Related Article:
Parading with the Penguins of Phillip Island on Australia Travel

Melbournians love their wine. That means their local wine region, the Yarra Valley, has to meet some pretty exacting standards. It’s light on big, internationally renowned names, but that just means lighter crowds, and more great tastings for you! Beginning just 50 kilometres (or 30 miles) from Melbourne, over 50 wineries dot the valley, along with country retreats and restaurants.

3. A Food Odyssey Through Arcades and Laneways

The city of laneways and lattes, Melbourne’s CBD just begs for exploration, one sip at a time. Embark on a guided tour of its laneways and arcades for a mixture of refined history and gritty, colourful street art (Hosier Lane is a must-see). Kick things up a notch by grazing your way through a foodie gourmet tour, but don’t forget to stop and recharge with a flat white, the local specialty. Take it from an Aussie ex-pat, what passes for a “flat white” in most North American coffee shops just isn’t the same. For a more unusual, but very Melbourne dinner experience, book a spot aboard the Colonial Tramcar Restaurant, combining the opulence of Melbourne’s wealthiest era with a tour of the CBD and a scrumptious multi-course dinner.

4. Cruise Along the Great Ocean Road

Australia’s most dramatic coastline graces its southern shores, and its natural highlight rises from the waves just a few hours’ drive southwest of Melbourne. The Twelve Apostles guard the sandy cliffs just off shore, each one a lingering remnant of a coastline driven back by wild winds and waves from the Southern Ocean. It’s no swimming spot, but it’ll be a highlight of your camera reel on your Australia vacation. The drive there isn’t so bad either, passing through ancient forests and delightful beach towns (where you can go swimming if the weather’s right). These can also yield some unusual culinary finds. Vegemite ice cream, anyone? No? Going once? Twice? No?

True story. A few years ago, one weekend visit to Melbourne happened to coincide with the Australian Football League Grand Final. This, in essence is the “Superbowl” of Melbourne’s and possibly Australia’s sporting calendar. We’d instead booked tickets to a matinee performance of a musical at one of the city’s exquisitely preserved theatres. Melbourne remains the only city in the world where the star of a show I was seeing interrupted intermission in character to give an update on the local score. That’s how much Melbourne loves both its sport and its arts. A tour of the hallowed Melbourne Cricket Ground, complete with the National Sports Museum, will give you a taste of the city’s sporting appetite, but book early if you plan to get tickets for the Australian Open in January. Theatre fans have it a little easier. Prime seats sell out fast, but you can swing by Half-Tix at Melbourne’s Town Hall for great same-day deals to local shows. Choose your Melbourne passion, or… simply do as the locals do and fall in love with both.

6. Embark on an Eco-Safari, Melbourne Style

Melbourne is surrounded by beautiful bushland, so why not join an expert guide on your Australia vacation and see some of the country’s most beloved animals in their native habitat? You’ll have the opportunity to spot koalas, track kangaroos, and enjoy a traditional “Outback” lunch with billy tea and local treats. 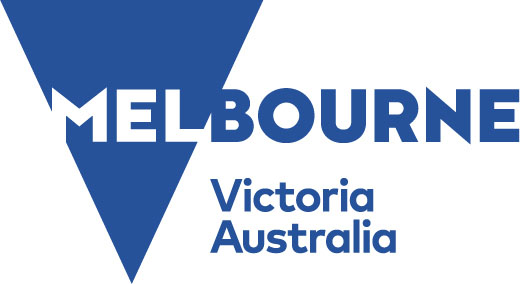