Tahiti Tourisme have unveiled a fantastic new video with a revised message and overall brand identity for the island paradise. Showcases the raw beauty of the landscape with incredible footage, alongside smiling Tahitian locals and wide, easily conveying the happiness and welcoming hospitality of French Polynesia. We found it quite refreshing for them to avoid the over-used (although beautiful too!) over water bungalow shot with Bora Bora in the backdrop. They’ve filmed the scenes in five different achipelagoes, including: Society, Tuamotus, Marquesas, Austral, Gambier. It’s great that the last 3 were included, as they’re actually far less touristy, and they certainly deserve their ‘time in the sun’! 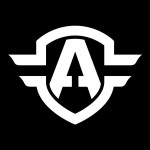 Atomic Motion
Sorry, I could not find content matching your parameters.