While Islam dominates, Malaysia prides itself on diversity, and its approach to religion is no different. Kuala Lumpur’s most impressive spiritual hub can be found at Batu Caves, on the outskirts of the city. This active Hindu temple has been intriguing visitors to what’s now Kuala Lumpur for over a century. 272 steps ascend the limestone cliffs to the cave’s entrance, and don’t be surprised if playful macaques join you for part of the trek (Just watch your valuables,  they aren’t timid!). The climb is rewarded with stunning views over Kuala Lumpur, and the chance to visit the temple itself. You can also take a tour of the Dark Cave, home to a range of unique underground fauna. The temple is dedicated to Lord Murugan, often called the God of the Tamils, whose 140 foot tall image dominates the base of the steps. Murugan however isn’t the only Hindu deity to be honoured at the site. Back on ground level, the Ramayana Cave houses dioramas depicting the story of Lord Rama, the seventh avatar of the god, Vishnu. Explore the walls around the cave to follow the tale, and if you still have some energy, climb the stairs to admire the unusual rock formations at the top of the cave. 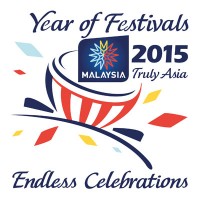