When it comes to spending two weeks in Australia, one great way to do it is to see the country’s cultural hubs, Melbourne and Sydney, along with two of its greatest natural treasures, the Great Barrier Reef and the North Queensland rainforest.

But when you fly with Virgin Australia, there’s more than one way to explore the land Downunder. You might choose to really get out there and see the Top End of Australia in Darwin, take in one of the country’s other great natural icons, Uluru, or enjoy the famously laid back lifestyle of Brisbane and Southeast Queensland. Whichever corner of Australia you want to see, Virgin has a flight to get you there, and Goway has three great ‘alternative’ itineraries to inspire your Downunder wanderlust.

What happens when you combine Australia’s cultural capital with one of its most impressive national parks, and a big city in love with the outdoors?

If you’ve read our last piece on how to spend two perfect weeks in Australia, you already know how to get the most out of Melbourne. Three nights here gives you time to explore its highlights, with a day trip to the Great Ocean Road or Phillip Island. But don’t be surprised if you fall in love with the city and want to schedule an extra day.

Virgin’s nonstop flights to Darwin from Melbourne typically depart in the evening, with the exception of Saturdays, when flights go in the morning. What the Northern Territory’s capital lacks in size, it makes up for in history, including an infamous WW2 bombing. It’s also a hub of Aboriginal culture, on display at the city’s Museum and Art Gallery. One of Darwin’s most exciting attractions however is Crocosaurus Cove, where guests come face to fang with Australia’s fearsome saltwater crocodiles, with the brave option to spend 15 minutes in the “Cage of Death” for the ultimate close encounter.

If you prefer your crocodile adventures to be a bit more sedate, then Kakadu National Park will bring your visions of the Northern Territory to life. This land has nurtured the Aboriginal people for thousands of years. Historic rock art offers a direct link back to the earliest chapters of this heritage, while the Warradjan Cultural Centre provides a more detailed depiction of indigenous life. Of course, no visit to Kakadu is complete without a cruise on the Yellow Water Billabong in search of colourful bird life and fearsome “salties.” Guests on Goway’s Melbourne, Top End, and Brisbane trip also have the privilege of going ashore in Arnhem Land, with the permission of the local indigenous people.

The gateway to South East Queensland, where your Virgin direct flight from Darwin lands in the early evening, sunny Brisbane tends to be praised more for its lifestyle than its attractions. But a day or two here is all it takes to see why so many Aussies are making the move to ‘Bris Vegas.’ If there’s one definitive Brisbane experience you should enjoy on Australia travel, it’s a cruise along the city’s namesake river. By far the most relaxing way to reach the world’s oldest and largest koala sanctuary, Lone Pine, a river cruise also lets you admire the patchwork architecture and natural appeal of this rapidly changing city, from innovative high rises to stately historic homes. Lone Pine itself is one of the few places in the world where you can hold a koala, if you wish.

Can’t get enough of the Sunshine State? Consider pairing two of its most popular destinations, the glittering Gold Coast and Cairns, gateway to the Great Barrier Reef. A one hour drive from Brisbane Airport, the Gold Coast is an easy starting point for your Queensland vacation. Besides its famous white sand beaches and ideal surfing conditions, the Gold Coast offers a gateway to some of Queensland’s most impressive rainforests and national parks including Lamington National Park. Koalas, wallabies, and a wide variety of native birds all call Tamborine Mountain home, and the best way to see them in the wild is with an expert guide, who can also explain how the Aboriginal people thrived in this area for thousands of years. A treetop walk through the rainforest canopy lets you experience the forest with a bird’s eye view, and that’s exactly what’s on offer at O’Reilly Plateau before you return to the coast.

As beautiful and immersive as the Gold Coast hinterland is, you don’t want to miss a day in the city itself. Besides being a popular travel destination, the Gold Coast is renowned for its shopping and dining scene, particularly in Broadbeach. Be sure to take a day just to explore, and don’t forget to spend some time at the beach. If you prefer high adrenaline thrills to retail therapy, you can always enjoy one of the Gold Coast’s wide range of watersports, or scream your way to happiness at one of its famous theme parks.

Virgin flights depart throughout the day from Brisbane to Cairns, so getting to Queensland’s tropical hub from the capital is easy! Laid back and walkable, Cairns is a great spot to unwind after your flight, perhaps with a dip in the city’s saltwater lagoon, located on the waterfront and open year-round. We talked about great ways to spend your Cairns vacation in our previous blog, but to briefly recap, we recommend at least one day on the Great Barrier Reef and one day in the rainforest, whether it’s at a picturesque, visitor-ready village like Kuranda, which showcases local history and culture, or in the untouched beauty of the Daintree Rainforest.

Nothing says WELCOME TO AUSTRALIA like flying in over Sydney Harbour and seeing its famous bridge and the white sails of Sydney Opera House for the first time. You can effortlessly spend a week in Sydney without getting bored, but we’ve already come up with some great ideas for filling in at least a few days. Goway’s Sydney, Red Centre & Sunshine Coast trip includes some of them in your itinerary.

When it’s time to leave Australia’s “big smoke” behind, be ready for one of Downunder’s greatest contrasts. Board your mid-morning flight to Ayers Rock, ready to explore Uluru and Kata Tjuta. Located some 450 kilometres/280 miles from Alice Springs, Uluru, meaning “Island Mountain” is the ultimate symbol of Australia’s Red Centre, and is a sacred site to its owners, the Anangu people. The surrounding desert also happens to be jaw-droppingly beautiful, particularly as afternoon gives way to evening, changing the colours of the rock. The arrival of darkness also brings to life a “Field of Light,” on which coloured lights illuminate some 50,000 glass spheres. Traditional indigenous music and dance welcomes visitors to this sacred land, before they are seated for a 3-course bush tucker inspired dinner.

Though it doesn’t enjoy the same level of fame, Kata Tjuta, Uluru’s sister formation is just as fascinating to explore. The two are in fact the same layer of rock, breaking the surface of the desert at two different points. In Aboriginal folklore, however, Kata Tjuta, also known as The Olgas, are the eggs of the legendary Rainbow Serpent, who first dreamed the world into being. These formations are beautiful on their own, but a tour with an Aboriginal guide can bring the area to life in the context of its traditional significance, by far the best way to explore it.

It’s a lengthy drive from Uluru to Alice Springs, but it’s worth it. Not just for the desert scenery, which certainly lets you appreciate the awesome scale of Outback Australia, but to learn more about life in this environment and how the country’s most remote communities stay connected. Nowhere is this better demonstrated than at The School of the Air, where children in locations throughout Australia take classes together via radio. Another key component of Alice Springs is the Royal Flying Doctors Service, which brings crucial medical services to communities in this harsh landscape.

This itinerary also takes you to Southeast Queensland, this time to the Sunshine Coast (Virgin Australia has direct flights from Alice Springs to Brisbane every Tuesday and Thursday, from which the Coast is an easy 90 minute drive). The Sunshine Coast dials things back from the surf-loving excitement of the Gold Coast, offering the perfect spot to unwind from your Downunder adventure. If you’re still feeling energetic, you can take a day to visit Australia Zoo, owned and run by the family of late Crocodile Hunter, Steve Irwin. Visit and taste the goods at Yandina’s popular Ginger Factory, or from July to October, embark on a whale watching cruise from Mooloolaba.

By blending big city excitement with some of Australia’s most beloved natural icons and lesser known treasures, you’re sure to find your perfect Downunder adventure with Virgin Australia. 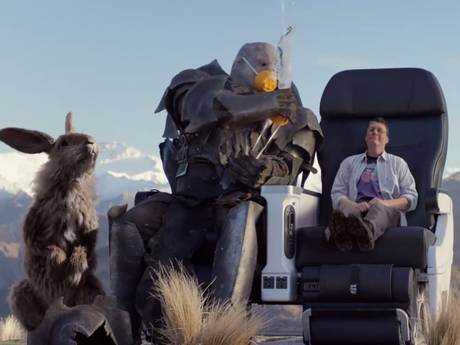 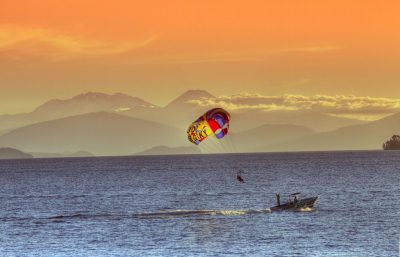