There are few more charming ways to explore the Northern Territory and South Australia than by riding the Ghan across the expanses of the Australian Outback.

A train journey down the middle of Australia takes you from tropical coastline, to the Red Centre of the country, and eventually into the charming valleys of South Australia. Riding the Ghan is an ideal way to explore the centre of the country and experience a few of the most iconic sites of Australia from the comfort of a world-class vehicle.

One of the World’s Great Trains

The Ghan is widely-considered one of the great train rides in the world. Stretching 2,979 kilometres from Darwin in the Northern Territory to Adelaide in South Australia, the Ghan line takes you coast to coast. Much of the trip’s appeal is due to the landscape which it traverses. The Australian Outback reaches of South Australia and the Northern Territory are incredible, stark expanses of land. The combination of flat, arid plains and limestone rocks rising above the horizon plays incredibly well when viewed from a moving train.

However, the train itself is pretty spectacular. You might be distracted by its features and spend your entire time focusing on the display of classical style and exceptional services available indoors. The Ghan prides itself on its elegance. From the classical design that graces its cabins and cars, to the exceptional service you’ll enjoy on every leg of the journey, each component of the Ghan is designed to whisk Globetrotters back to the past and provide a world-class journey on their Australia vacation.

The train’s name comes from some folklore surrounding the cameleers who established paths in the Red Centre during the 19th century. The cameleers were thought to come from Afghanistan, and thus were dubbed “Ghans,” even though most of them were actually from Pakistan. Regardless, the train was originally named the Afghan Express when it travelled for the first time in 1929. However, it was eventually renamed the Ghan and was mainly used to transfer supplies and people to Alice Springs, then known as Stuart. Eventually, the tracks were replaced, a transcontinental rail line was established in 2004, and the train became one of the world’s iconic rail lines.

The Ghan’s private cabins are designed to evoke the golden age of rail travel. During your journey you can socialize alongside fellow passengers in the lounge or enjoy some of the best mobile cuisine in the world at the Queen Adelaide Restaurant. You can upgrade to Gold Class to have all your drinks and meals provided for in the restaurant car. If you want the luxury experience, splurge on the Platinum Service, which will also provide you with an en-suite bathroom in addition to all the perks of Gold Class. The best time to ride the Ghan is from October until Australia’s mid-fall, as you’ll avoid the country’s winter and enjoy the heat in the Outback. But anytime is a good time to ride the Ghan. Iconic journeys have no expiration date.

Begin in the Tropical Top End

The Ghan didn’t always run from Darwin in the Northern Territory to Adelaide in South Australia. Until 2004, the train was limited to South Australia and the Red Centre before a line from Alice Springs to Darwin was finished, and the Ghan could take its inaugural journey south to north. Today, the train runs both directions. You can choose which way you want to approach the journey, beginning in either Darwin or Adelaide, as all excursions and optional additions are available in both directions. However, a trip north to south, beginning in Darwin, feels like a natural choice.

Beginning in Darwin lets you explore a city that even many Aussies never see in their lifetime. We recommend you arrive a few days early to get the full measure of it. Darwin is a combination of Australian Outback and the sort of tropical atmosphere you’d more likely find in Southeast Asia. It’s also a great place to get introduced to indigenous culture, so consider cruising out to Tiwi Island to learn about Tiwi painting style, or heading to the Museum and Art Gallery of the Northern Territory to admire some local artworks. Then board the Ghan and begin your journey south along the rails.

Pass Through the Heart of the Red Centre

Onboard the Ghan, you’ll make your way to Alice Springs, passing through Katherine on your way south. Katherine sits just southwest of Kakadu National Park and is primarily known for its proximity to Katherine Gorge, an incredible natural landmark in Nitmiluk National Park. You’ll have the opportunity to head on an excursion to the gorge during your trip. You can cruise along the Katherine River into Nitmiluk National Park to see the gorge and also observe the 40,000-year-old indigenous rock art that defines the area. You can even take your exploration a step further and enjoy a scenic flight over the gorge to view this stunning natural landmark from the air.

After passing through Katherine, you’ll continue on to Alice Springs, the town that captures the Australian Outback better than any other urban centre in Australia. The town was built halfway between Darwin and Adelaide and was a major part of the Overland Telegraph Line, so it has historical significance in addition to its eccentric charm. The Ghan can easily arrange a tour of Alice Springs for you so you can learn about this town where camel races and airplane doctors are regular parts of everyday life. You might even have the opportunity to ride a camel along the West MacDonnell Ranges, experiencing the Red Centre like the cameleers would have over 100 years ago.

While riding the Ghan, you can also take a helicopter ride over Alice Springs to survey the MacDonnell Ranges, the stretch of mountains running east and west of the town. On this helicopter ride, you’ll get to see the Simpsons Gap as well as Mount Gillen. You won’t find a better vantage point from which to capture incredible photos of the auburn landscape than floating high above the ground. You can also choose to fly over Uluru/Ayers Rock and Kata Tjuta to get a breathtaking view of these eternal icons of the Outback, although the time commitment is a bit greater than a flight over the town of Alice Springs.

Stop Off in the Underground World of Coober Pedy

The last major stop on the Ghan rail journey prior to Adelaide is Coober Pedy, one of the country’s great Outback towns and one of the world’s foremost opal mining centres. Located in one of the driest deserts in the country, Coober Pedy has been home to opal mines for over 100 years. Because it is so dry and dusty, it’s not your typical tourist centre, but it still attracts plenty of interest. There are underground hotels catering to tourists as well as plenty of tours that take you through the underground world beneath the town.

In Coober Pedy, you’ll explore the mines and learn how opal is carved from the earth. A tour of Umoona Opal Mine should introduce you to the process and history of mining this precious gem, which is coveted the world over for its smooth surface and rainbow-like specks of colour. This tour will also take you to a few of the town’s other highlights, including the incredible underground Serbian Orthodox Church, which is carved out of the rock. If you have some free time, you should also consider seeing some famous spots from popular movies, like Mad Max, which filmed here. By the time you head back onto the Ghan, you’ll have gained an appreciation for this distinct town where half the residents live beneath the surface of the desert.

Your Ghan rail journey ends in Adelaide, the capital of South Australia. You’ll disembark from the Ghan and be at leisure to explore this charming urban centre. We recommend that you spend a few days exploring this culture-loving capital and the surrounding area. You’ll find plenty of opportunities to experience both nature and culture in-and-around the southern capital.

As a city, Adelaide is often overshadowed by Sydney or Melbourne, but it has its own charm. The city’s Victorian architecture makes an afternoon stroll particularly stunning, while the vast number of museums, like the Art Gallery of South Australia or South Australian Museum, offer plenty of interest to lovers of art and history. The city also continues to experience a boom in its food scene, so you’ll find plenty of trendy restaurants serving international cuisine where you’ll want to spend some evenings.

Adelaide is also close to the Barossa Valley, one of Australia’s premier wine regions. You can take a day or two to tour the wineries and vineyards, sampling excellent Australian vintages and enjoying the pastoral landscapes. As well, Kangaroo Island lies just off the coast to the south. This island is essentially Australia’s version of the Galapagos Islands, boasting all assortment of wildlife and shifting landscapes. The large presence of South Australian fur seals and penguins are particularly appealing. If you’re really lucky, you might even spot the elusive platypus on a trip to Kangaroo Island.

A train journey on the Ghan takes you through some of Australia’s most distinctive landscape. It lets you survey the tropical Top End, explore the sunburnt stretches of the Red Centre, and relax in the comfortable south where wine flows freely. It’s a great way to pass between coasts, but more than that, it’s an iconic journey in the Australian Outback that recreates the best travel experiences of the past.

Simply put, the Ghan takes you through the heart of Australia with comfort and style. Few trips are as elegant, or as charming. 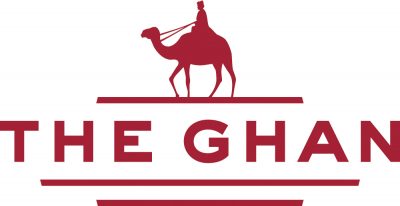 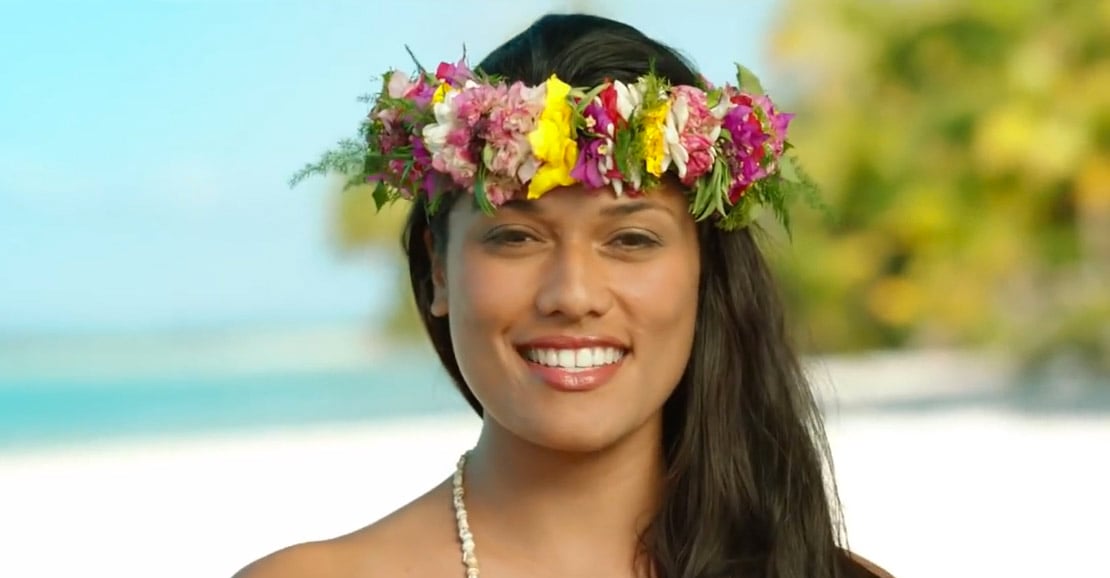 Now this is how you make an airline safety video!