There are four major islands in Japan, but most people don’t make it off the main island, Honshu. We get it. Honshu has Tokyo, Osaka, Kyoto, and Kobe, and that’s not even getting to any of the smaller centres like Takayama or Nikko that are charming beyond all measure. That being said, do yourself the favour and get off the main island when you’re on a Japan vacation. In particular, head to Kyushu, the nation’s southernmost major island.

Kyushu is largely defined by three things: hot springs, historical sites, and food. Geographically, the island is covered in hot springs, which makes it abound with natural hot springs. Historically, the island was a major trading port due to its proximity to China and the Korean Peninsula. European traders would connect to Japan through Nagasaki via Macao and Hong Kong, making Kyushu the point of contact for far-flung foreigners. Today, Kyushu remains the entry point for most Chinese and Korean tourists. In terms of food, whether you’re slurping down Hakata ramen in Fukuoka or crunching on Chicken Nanban in Miyazaki Prefecture, you’ll be enjoying some of the finest cuisine in the country.

Kyushu doesn’t get as much attention from western travellers as Honshu, but it’s no second fiddle to its larger siblings. Add Kyushu to your Japan vacation and you’ll find a world of delicious food, exciting geography, and fascinating history ready to explore.

Fukuoka is Home to Food and History beyond Measure

The largest city on the island is Fukuoka, which sits on the northwestern coastline directly across from Korea. You should spend a fair amount of time in Fukuoka as there’s a lot to explore and it’s constantly growing. A testament to this growth is the fact that it recently passed Kyoto and Kobe to become Japan’s sixth largest city.

Fukuoka has been around for at least 1,000 years and has several historical sites worth visiting. Fukuoka Castle used to be the most impressive site in the city, but most of its buildings were destroyed over the past few centuries. However, you can still see the castle walls and several of the turrets as well as some reconstructions of the main buildings. Luckily, there are other historical spots worth exploring in the city limits.

Kushida Shrine was founded in 757 and is at the centre of the city’s biggest yearly festival, the Hakata Gion Yamakasa, which takes place every year during the first two weeks of July. If you happen to visit Fukuoka over this time, you’ll see parades through the streets showcasing incredibly elaborate floats. Regardless of whether you visit during the festival, you should head to Kushida Shrine when in Fukuoka. Tocho-ji is also worth visiting, as it’s home to a giant wooden statue of Buddha.

If you’re not much of a history buff, but enjoy lovely exteriors, head to Ohori Park, on your Japan vacation, where you can stroll alongside a picturesque lake and revel in the Japanese mastery of gardening. You can even take a small boat across the lake. For more modern pleasures, head to Canal City, a shopping mall with a fake canal running through the middle of it. If you love sports, also be sure to take in a game of Nippon professional baseball. Head to Fukuoka Yahuoku! Dome to see the Softbank Hawks compete against other professional Japanese baseball teams.

Perhaps Fukuoka’s best attraction is the food. The whole island of Kyushu is renowned for its food, but Fukuoka is first among equals. There’s no better spot to indulge in the tastes of Fukuoka than in Tenjin or Nakasu, districts known for their yatai or outdoor street food stalls. Fukuoka’s street food prowess is so impressive, CNN Travel listed it as one of the 10 Best Street Food Cities in Asia. There’s no single type of food that yatai specialize in, although ramen is probably the most popular. In addition to Hakata ramen, which is a type of pork broth ramen that has thin noodles, you’ll find Mabo Tofu and various grilled meats. The other charm of visiting a yatai in Tenjin or along the river in Nakasu is that you’ll meet a bunch of fellow travellers and locals. The stall owners usually strike up a conversation while you eat and encourage you to bond with your stall mates. It’s a great way to meet fast friends while travelling on a Japan vacation.

Although it’s tempting to stay in Fukuoka your entire time in Kyushu, your Japan vacation would be incomplete if you didn’t visit the rest of the island. You’ll find Dazaifu just to the south of Fukuoka. In the past, Dazaifu was the governmental centre on the island. In fact, the city of Fukuoka itself was often referred to as the Port of Dazaifu due to its importance.

Today, Dazaifu remains an area full of temples and a historical landmark on the island of Kyushu. The most popular Shinto shrine in Dazaifu is Tenman-gu, which is named after the poet-scholar Sugawara no Michizane, who became the deity of culture and scholars, Tenman Tenjin. If you only have time for one museum visit while on the island, be sure to head to the Kyushu National Museum while in Dazaifu. This gorgeously-designed modern museum houses a rotating set of historical and artistic exhibits. The building alone is worth marveling at. The entire area makes a perfect day trip from Fukuoka.

If you continue south of Fukuoka, you’ll eventually reach Kumamoto. Kumamoto is one of the largest cities on the island and the capital of the Kumamoto Prefecture. The city’s crowning achievement is Kumamoto Castle, which is a reconstruction of the original 17th-Century keep that was destroyed in the late 19th century. Unfortunately, the castle was damaged during earthquakes in April 2016 and has been closed indefinitely until it’s restored.

Luckily, Suizenji Jojuen remains open. Aside from the miniature Mt. Fuji and its picturesque location next to a small lake, this garden is known for representing the 53 post stations that ran along Tokaido Road, which connected Kyoto to Edo (Tokyo). While in Kumamoto, you’ll also come across Kumamon, the adorable, black-and-white bear mascot for the region. It may seem silly to bring up a cartoonish-mascot as a highlight of a Japan vacation to Kyushu, but Kumamon is rapidly becoming a phenomenon, and his adorable appearance and silly antics are sure to make your day, especially if you’re travelling with children. While in Kumamoto, also be sure to try an Ikinari Dango. This steamed bun filled with azuki bean paste and sweet potato is considered one of the region’s specialties.

The Ghosts of Nagasaki

Nagasaki has been a symbol and reminder of peace. At the tail end of World War II, the Americans dropped atom bombs on Hiroshima and then Nagasaki to force the Japanese to surrender. The bombings succeeded in that regard, but at the cost of hundreds of thousands of lives and irreparable damage to generations of civilians. Like Hiroshima, Nagasaki holds a National Peace Memorial Hall for the Atom Bomb Victims, open to the public.

Nagasaki is filled with history. It was Japan’s main port city for several centuries. It was also the only point of contact with European travellers for over 200 years. During the Tokugawa Shogunate, Christianity was banned in Japan and Portuguese traders were limited to a small artificial dock in Nagasaki known as Dejima so that they wouldn’t spread the religion. Soon enough, all Europeans were banned from the country, aside from a small group of Dutch traders who had sworn fealty to the Shogun and were kept under careful watch in the confines of Dejima. You can visit what is left of Dejima today, as the area is in a process of historical restoration. There are 10 old buildings of the Shogunate era open to visitors to get a sense of life in this small, artificial port.

If you’re really into exploring history significant to the world, or sites of major impact, arrange for a trip to Hashima Island, also known as Gunkanjima due to its resemblance of a battleship. The history of this former coal mining island is dark, yet undeniably fascinating. It was built as a mining colony during the country’s rapid industrialization in the early part of the 20th century. At one point, the small island was home to over 5,000 workers, making it one of the most densely populated spots on the planet at the time. After the war and when the coal resources dwindled, the island was abandoned. However, the buildings were not removed, making Hashima Island a modern ghost town.

Hashima Island is not for timid travellers. Many of the workers on the island were forced labourers and the decrepit buildings and tourist restrictions make it difficult to visit. Nevertheless, it is a UNESCO World Heritage Site and a fascinating piece of Japanese history.

The Island of Hot Springs

One of the big benefits of Kyushu’s volcanic landscape is the prevalence of hot springs. Of course, onsens play a large role in the lives of Japanese people all across the nation, but you’ll find few geographies more accommodating to travellers wanting to soak in warm, natural waters on their Japan vacation than Kyushu.

While you’ll find hot springs all across Kyushu, there are a few areas you should prioritize. One is around the volcano of Aso, the largest volcanic caldera in the world. While the volcano is currently off limits due to a recent eruption, the landscape remains stunning and you’ll find plenty of areas to rest your weary body around Aso village, which is one of the quaintest towns in the country. Beppu is even better equipped than Aso to soothe your body. This resort hill town is all about hot springs and onsen. You can visit the famous Hells of Beppu, which are boiling natural thermal pools that attract crowds of travellers, and then retire to one of the town’s many resorts to enjoy the abundant natural waters.

If you have time, you should also head to the area of Unzen, located to the east of Nagasaki. Unzen-Amakusa National Park was the first national park in the country and remains a place where you can seemingly travel back in time to a Japan before modernization. It might be the only place in the country where you won’t find mention of manga or 7-11 convenience stores anywhere. You can stroll along picturesque forest paths and relax in traditional onsen in the small villages.

We’ve only touched on a few of Kyushu’s highlights, but as you can see, the island is home to many marvels. If you head to Kyushu on a Japan vacation you’ll find delicious street foods in Fukuoka, fascinating shrines in Dazaifu, historical environments of Nagasaki, and abundant hot springs in Beppu.

Be sure to add Kyushu to your next Japan vacation. You’ll be glad you did. 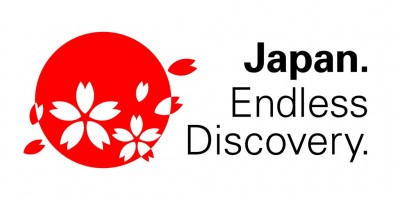