Central America’s smallest country is an emerging eco-travel hotspot. With pristine lakes, untouched beaches, volcanoes, abundant wildlife, and countless volcanoes, El Salvador is one of the last remaining places in the world where you can have a spectacular national park all to yourself.

El Salvador lies between Guatemala and Honduras, and is conveniently serviced by AVIANCA Airline, which flies through El Salvador en route to most countries in South America. El Salvador is a great stopover option – it’s safe and accessible, has good tourism infrastructure, and is very affordable. It makes a great place to explore, along with neighboring Honduras or Nicaragua, and it has great accommodation options, from three-star hotels up to five-star luxury.

There are 25 incredible volcanoes in El Salvador. Take a day trip from San Salvador to visit three amazing volcanoes that loom over the western part of the country. Visit El Boqueron, the crater of San Salvador Volcano. Locals say Boqueron means “big mouth”, which is what the crater resembles. At approximately 1,700 meters above sea level, it provides a cool climate, with temperatures in between 15-23°C. You will be able to walk to the edge of the crater and admire its beauty. 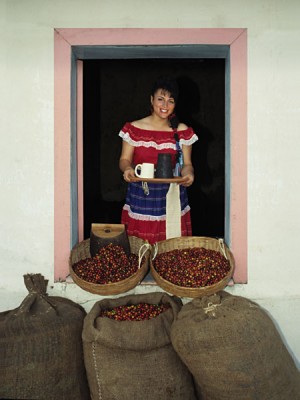 The Flower Route is a spectacular coffee plantation area in the western side of El Salvador. It is composed of four charming towns set amongst gorgeous mountains and volcanoes. Visit a coffee plantation and learn about each step of the coffee process. During harvest season, you can even collect coffee yourself alongside the locals. Visitors will be able to buy coffee products and crafts as souvenirs and enjoy lunch in a charming local restaurant. In the afternoon, travellers will be able to enjoy adventure options such as horseback riding, mountain biking, ATV, or zip lining.

Tourists from all over Central America are discovering the surfing meccas of La Libertad (near San Salvador), El Sunzal, El Zonte, and El Cuco (near San Miguel). El Salvador is the fastest growing surf tourism hotspot in Central America. Beaches are unspoiled and the swell is spectacular. If you’re a newbie, you can sign up for a lesson or stay on shore and watch talented surfers ride the waves.

Indigo is a natural colourant extracted from the local Xiquilite plant that was once as valuable as gold. Learn how the Mayans used indigo for magical and religious rituals, as a medical plant, for pottery, and for painting. You’ll learn the process of indigo as well as art techniques used on clothing as you experiment in designing your own beautiful scarf.

San Salvador has a long history, with origins dating back to the Spanish conquest of the Pipil tribes. It lies in the “Valle de las Hamacas” (named “Valley of the hammocks” because of its intense earthquake activity) at the foot of the San Salvador volcano. Explore colonial downtown, including the National Palace, Metropolitan Cathedral, and a local craft market, sampling delicious local specialties as you go.

Saving Sea Turtles
If you love sea turtles as much as we do, you’ll be delighted to visit the sea turtle sanctuary in El Salvador. El Icacal Beach is considered one of the best beaches in El Salvador and its home to an incredible sea turtle nursery devoted to protecting four endangered turtle species. Help release about 100 sea turtles per day and watch them make their way into their new wet world. You’ll be able to give back to the local community while interacting with these precious creatures in their natural habitat. By visiting, you’re supporting the work done by the sea turtle conservation program, as well as educational projects at rural schools.

For more information on El Salvador tours, check out our website at www.goway.com.