As our thoughts and solidarity go out to the people of Berlin, remember the best way to honour the victims of the Christmas markets truck attack – refuse to be afraid.

This month I embarked on a trip to Paris, a city that embraces Christmas with a vigor that leaves no question of its popular title, “The City of Lights.” Over four days, I browsed Christmas markets, drank hot chocolate and vin chaud, snacked on holiday treats I could barely pronounce, strolled under the lights of the Eiffel Tower and the Champs Elysees, and basked in the city’s optimism and welcoming spirit, particularly at a time of year typically unburdened by the tourist crowds and long lines of warmer months. I boarded my flight back to Toronto with a full heart and memory card, ready to write my feature on the wonders of Paris at Christmas time.

Then, upon landing in Toronto, I saw it. A half dozen friends on Facebook had marked themselves “safe during the violent incident in Berlin, Germany.”

Though I’ve visited Berlin only three times, the second of those was a 2-month stay last year. I’d come away from my first visit knowing I had to get better acquainted with this strange, sprawling, historic city, and with each subsequent trip, it has confirmed its place among my favourite cities in the world. Absurd as it may sound, after just two months, Berlin had already begun to feel like ‘home,’ with no small thanks to friends I’d made there. My experience is echoed by thousands who’ve fallen in love with Germany’s capital.

The Christmas markets at Gedächtniskirche are among Berlin’s most famous, positioned at the eastern end of the Kurfurstendamm shopping street, just three blocks from the city’s iconic department store, KaDeWe. The beating heart of former West Berlin. It’s an alarming location for this kind of tragedy, not just because of the sheer number of people who visit each day, but because of the message it sends, that Berlin’s heart is fair game for a madman’s agenda.

For travellers, it also raises the obvious question – is Berlin still safe? The answer of course, is a resounding yes.

When incidents like this happen to cities we love, whether they’re our home towns, or places we’ve fallen in love with while travelling, there can sometimes be no words for what we feel. Anger, shock, sadness, confusion, anxiety… Of course we’re going to feel these things, and we should never apologize for that. Some may even change their travel plans or ideas about Berlin based on this tragedy. That of course is their prerogative. But after we’ve taken our time to grieve, process feelings, and be thankful for loved ones who are safe, we’re left with the reality that we have been on this awful ride before.

What happened on December 19th does not represent Berlin, nor does the cargo truck attack that took place in the summer represent Nice. Likewise, the November 2015 shootings do not represent Paris, any more than the deadly bombings of 2004 and 2005 represent Madrid or London. The number of people (over 30,000) killed each year by firearms in the USA is staggering. In fact, the number of gun homicides per capita in the USA is over 18 times that of France, 60 times that of Germany, and over 90 times that of the UK. Yet these alarming statistics still do not represent what the United States is about, or what travellers can expect there. Globetrotters are still visiting America in droves. They are still returning home safely.

So while we can’t deny or apologize for our feelings immediately after a mass shooting or terrorist attack, such tragedies aren’t grounds to deny ourselves the joy and satisfaction of travel.

Here are some more facts. In 2015, a total of 211 attempted terrorist attacks were reported within the European Union. That’s a shocking figure, until you look closer and see that most of these reported attacks failed, or were foiled by authorities. It’s also a huge decrease from almost 600 attempted attacks in 2007. As alarming as these numbers are on the surface, remember that literally millions of Globetrotters enjoyed holidays in Europe without incident over the same period. Not to mention the 740+ million people who live there. Some media outlets have run with the narrative that Europe is now in the grip of a ‘Wave of Terror.’ But compared to previous decades, the numbers don’t really support that. In the 70s and 80s, the continent suffered through ‘The Years of Lead.’ The attacks over that period claimed many more lives than the attacks of recent years. We also don’t have to dig deep to find numerous incidents in the interim years. Throughout that time, the tourists have kept on coming to Europe, and safely returning home. Don’t misunderstand. Every attack that claims life is an evil crime and a tragedy. But the numbers don’t add up to a rational deterrent to travel.

It can be hard sometimes to find the substance beneath the sensation. In the hours following the Berlin attack, we saw a wide variety of headlines and sometimes contradictory stories geared to maximize sales, headline clicks, and social media shares. The all too popular ‘Muslim extremists’ narrative was ripe for another run, to the delight of both anti-Muslim political forces in the west, and Islamic extremist groups themselves, who seek to isolate, frighten, and ideally radicalize young Muslims living in multicultural areas. A number of my friends in Berlin expressed their concern to me at the way the tragedy had been reported, and the eagerness of some to use it as an excuse to whip up anti-Muslim vitriol in a city with a large Turkish population that is now attempting to settle a large number of Syrian refugees. When we turn hatred and fear towards an already vulnerable group of people, the perpetrators of these crimes have accomplished their true goal. That’s not to say we should be complacent or compromise personal safety while travelling. It simply means we need to keep the facts in mind when making our travel choices. 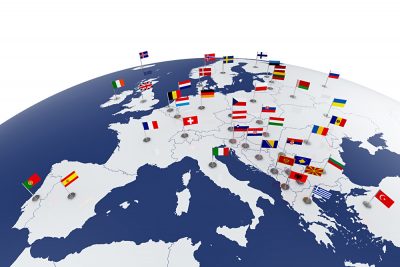 So, what can we do to keep ourselves safe, and our information balanced? Most every government of every country has an official website outlining what risks travellers may face in each destination. Canadians can check travel.gc.ca, while for US Globetrotters, there’s travel.state.gov. These government agencies know the situation on the ground, and typically err on the side of caution, which usually makes them your best resource. If there is genuinely an increased risk of violence for any reason, these agencies will know. Some also encourage you to register your travel plans so they can contact you immediately if the situation takes a turn for the worse.

The worst response we can have to these incidents is to let fear paralyze us, or put us off travel. As Dr. Taleb Rifai of the UN World Tourism Organization said recently, “This world must become a better place, and we must never allow forces of darkness to isolate us. We should never submit to the agenda of these people. No country is immune or 100% secure; this is a global challenge.”

Attacks such as this are meant to frighten us. To keep us away. To sow discord, mistrust, and even hatred of outsiders in our hearts. To divide us into tribes – white, black, brown, Asian, Christian, Muslim, Jewish, gay, straight, trans, cis, conservative, liberal, or whatever – and to foster a fearful atmosphere of “us versus them.” After these events, we often hear a lot of irrational generalizations demonizing entire groups of people. Sometimes they’re from a media source out to make sales. Sometimes they’re from opportunistic politicians out to score frightened votes. Travel is a natural antidote to that kind of poison. Meeting people who are not like us. Seeing lifestyles and places that are not like ours. Seeing what others bring to the world. The more we travel, the better informed we are, and the better protected we are against the real enemy, fear.

At Goway, we almost always stay away from politics, since travel should be a journey open and available to everyone. Our employees cover a broad range of political opinions, ethnic backgrounds, religions, orientations, and more. So I don’t want to make this a political post. But I will end by saying it again, because it can’t be said enough. The goal of a crime like this is to spread fear and hatred, and to rob us of our perspective. If we let it create a barrier to our Globetrotting, and more importantly, a barrier to understanding each other, then the criminals will have accomplished their goal. That’s something we must not tolerate, as travellers or as human beings.

Because under all the glitz and beauty of Paris’ holiday finery, one thing was clear to me… Over a year later, the horrific shootings of 13 November, 2015 have not dimmed the City of Lights. Nor will 19 December, 2016 dim the light of Berlin.