You shouldn’t need an excuse to head to Kenya. It’s one of the world’s best safari destinations and has animals like elephants, rhinos, and lions that delight children and adults alike. It’s a large nation with a lot of geographic and cultural diversity, meaning there’s a lot to discover for any travellers willing to venture within its borders. It’s warm and big and affordable, so there’s really no stopping you from putting Kenya in your future travel plans. Need even more reason to head on a Kenyan vacation? We’ll happily oblige.

We’ve put together five reasons to visit Kenya. All of these reasons are rock-solid justifications for why it’s so amazing to head on a Kenyan vacation. They’re not just about the natural sights you’ll see on safari. They also include one of the world’s great unsung beach destinations as well as cultural encounters you’ll never forget.

Let’s get the big one out of the way: the Masai Mara is one of the great natural icons you can see in your lifetime. In the midst of the Great Rift Valley, this national park is Kenya’s largest and most popular. It sits just over the border from Tanzania and has the largest numbers of the popular animals like lions, cheetahs, and leopards. It’s also home to the Kenyan side of the Great Migration, which is worth a ticket to East Africa on its own.

If you aren’t familiar with the terminology of the Great Migration, you’re surely familiar with some of the imagery of this yearly animal migration that sees over a million wildebeest and hundreds of thousands of zebra move from the lower reaches of the Serengeti in Tanzania into the Masai Mara in Kenya. If you’re lucky enough to visit during August and September when the herds move into the Masai Mara, you’ll see animals literally as far as the eye can see. There’s no migration like it anywhere in the world.

But the appeal of the Masai Mara doesn’t stop there. The park is located in the Great Rift Valley and comprises the traditional territory of indigenous peoples like the famous Masai, known for their height, their gorgeous textiles, and their carnivorous diets. When you visit the park, you can arrange for trips to local villages where you can meet the warriors, admire their textiles, and purchase some traditional crafts. It’s a bit of a curated experience, but also an invaluable opportunity to learn about cultural customs that are almost extinct in the 21st century.

Masai Mara is going to attract a lot of attention for Kenyan safaris, but it’s by no means the only option for game drives and wildlife viewing. Another great option for a Kenyan vacation is Amboseli National Park, which lies along the southern border of the country within sight of mighty Kilimanjaro. Amboseli can’t compare to the Masai Mara in terms of animals, but it does have its distinct advantages.

One of them is its unimpeachable location. Mt. Kilimanjaro is one of the most breathtaking sights in the world. Heading on a game drive to see elephants or giraffes with Kilimanjaro as your background is a treat. It’s hard to overstate how magical the experience is. As well, Amboseli is likely the best place in the world to spot elephants up close in the wild. The fact that it’s largely devoid of tree cover means it’s easy to spot animals even at a distance, even if there aren’t as many raw numbers of animals in the park as others in Kenya. There are also over 400 species of birds in the park, which makes it a great spot to bring a pair of binoculars so you can add to your birding list.

Head north of Nairobi and you’ll hit Samburu National Park, located smackdab in the middle of the country. If the Masai Mara has the Great Migration and Amboseli has views of Mt. Kilimanjaro, Samburu has some of the rarest animals that most safari game drives have no hopes of spotting. Don’t get me wrong, lions and elephants are incredible (and Samburu has its fair share of lions, to be clear), but long-necked gerenuks, Grevy’s zebras, and oryx are not your typical sights on an African safari, making them all the more appealing.

Long-necked gerenuks need to be seen to be believed; they’re impossibly long and elegant, more like creatures out of an anime than living, breathing animals. Grevy’s zebra are larger than the standard variety and noticeably so. Oryx have some of the most impressive antlers of any antelopes. You can even see baboons and warthogs here, by no means guaranteed sightings in other parks. If you’ve already visited one of the more popular parks in Kenya like the Masai Mara or Tsavo, you should prioritize heading to the arid plains of Samburu to see animals that’ll astound you.

There’s no better way to cap off a Kenya safari than with a trip to the beach. Mombasa is the second-largest city in Kenya and worth an exploration if you have a taste of urban Africa. But even if you don’t, you should turn your sights slightly to the north or south of the city, where you’ll find some of the most beautiful beaches of Africa’s east coast.

You’ll find Diani Beach to the south, Bamburi Beach to the north, and Nyali Beach right outside the city limits. These are all white-sand beaches with palm trees and great snorkelling opportunities off shore. To the further north lies Malindi Beach and its premium resorts. All of these beaches have hotels and resorts with varying price ranges and accommodations styles. Suffice to say, there’s a spot for all tastes that allows you to unwind at the end of a safari and relax in a gorgeous beach environment.

In between days spent lying back on the white sand and getting lost to the sounds of the Indian Ocean lapping against the shore, you can head into Mombasa to see a city defined by the blend of Arab, Indian, and East African cultures, one with a history that goes back over a thousand years.

Lake Nakuru to the northwest of Nairobi is home to one of the grandest spectacles of birdlife in the world. It’s like the Great Migration for birds, except these birds aren’t migrating. If you’re lucky enough to visit the banks of the shallow, soda lake of Nakuru, you’ll see over a million pink flamingos crowding the lake’s surface and feasting on the algae in the waters below. It’s an explosion of pink and as colourful a display of animal life as you’ll find anywhere above the surface of the oceans. Talk about Insta-ready.

In addition to the millions of flamingos that live on the lake, you’ll also find over 400 species of birds in the park, including terns and grebes, which engage in a lovely mating dance. The park is also a designated rhino sanctuary and is home to white and black rhinos in addition to lions, waterbuck, and many other mammals.

These five reasons give you just a taste of why a Kenyan vacation is well worth considering. From unforgettable wildlife experiences to cultural encounters to beach escapes, this East African nation has a lot to offer. 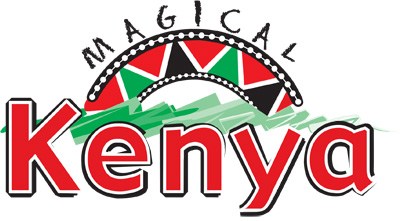