Everything we do, including travel, impacts the world around us. This impact can be positive, such as the money that we spend at local businesses and restaurants going to support families that live in the destinations we visit. But it can also be negative, such as the weight of our steps walking on ancient stones degrading the structures of ruins, or how our venturing into remote wildernesses to see rare animals can upset the lifecycles of these very animals we travelled to see. That’s why it’s so important to be mindful of our effect on the environment when travelling and why eco-friendly travel provides a solution to travellers wanting to head on Australian vacations but reduce their environmental impact.

Eco-friendly travel isn’t just a buzzword; it’s a way of approaching nature with respect and exploring our world by making sure that we don’t leave things in a worse place than we found them. The world is changing and the environments we love are transforming at a rapid pace. By choosing eco-travel, we can continue to explore this world we love, but reduce our impact as much as possible. Seeing as Australia is our most popular destination, and it is home to one of the most significantly-impacted attractions on the planet (the Great Barrier Reef), we’ve highlighted some eco-friendly travel options for Australian vacations. 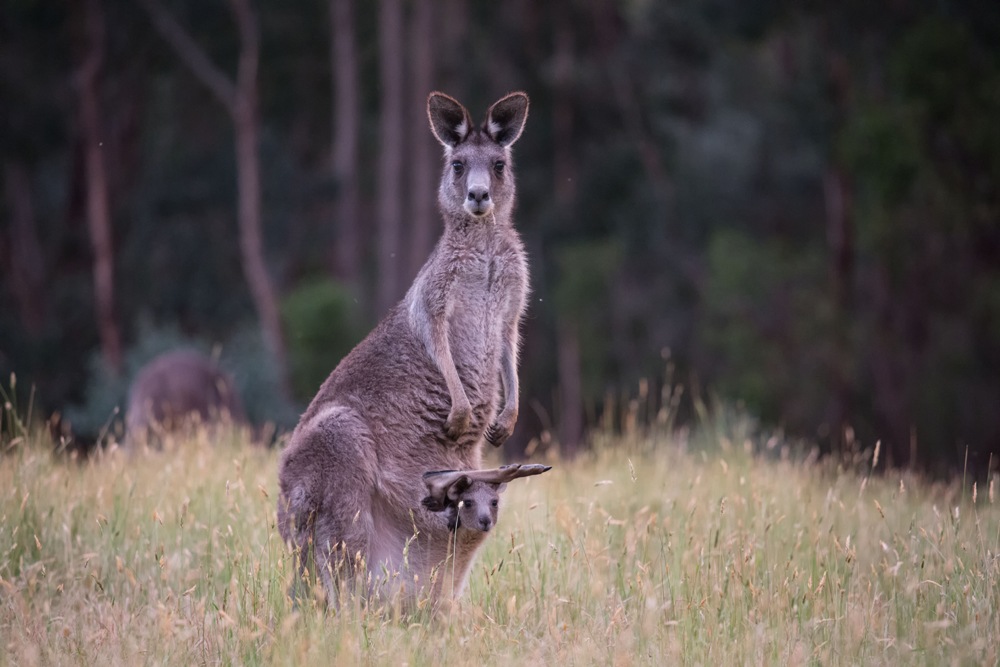 The Great Barrier Reef is one of Australia’s many natural showstoppers, but it’s also one of the most environmentally-devastated spots on the planet. Seeing as most of this damage is a result of higher ocean temperatures due to climate change, it’s important to avoid contributing to climate change when you visit the reef. Luckily, exploring the Great Barrier Reef with Sailaway ensures that you leave a carbon-neutral footprint as you explore this natural icon.

Sailaway has a proven track record of eco-friendly travel. The company was the first accredited Climate Action Leader by Ecotourism Australia and uses sailing catamarans that rely mostly on wind power to propel them throughout the reef. Sailaway focuses its trips on the Low Isles, an unspoiled territory of the reef that is only 8.5 nautical miles off the coastline of Queensland, making sure that it’s not compounding damage to areas of the reef that have already been devastated by rising temperatures and anchoring vessels.

There are a lot of advantages to cruising the Great Barrier Reef with Sailaway. Not only do you help preserve the reef, but you have the opportunity for unforgettable wildlife encounters. For instance, the Low Isles are known for their abundance of sea turtles, who have rarely interacted with snorkellers in the past and thus are unafraid of anyone who wants to snap a photo or observe them up close. With Goway, you can connect from Port Douglas and enjoy a full day of snorkelling on the reef before capping off the day with a sunset cruise. You can also opt only for the sunset cruise, enjoying champagne, canapes, and first-class service while resting assured that you have done your part to limit your impact on this vulnerable natural icon.

Swimming with the Giants of the Ningaloo Reef

If you want to experience some of Australia’s undersea life, but are travelling in Western Australia and, thus, are far away from the Great Barrier Reef, you can experience a lot of similar highlights at the Ningaloo Reef, the country’s second-largest reef, stretching between Exmouth in the north and Quobba Station in the south. What makes travel to the Ningaloo Reef appealing is that it has largely avoided the effects of climate change that have ravaged the Great Barrier Reef. Of course, that means you have to be extra careful not to negatively impact the reef when you do visit.

With the Exmouth Diving Centre, you can visit the Ningaloo Reef on Australian vacations and ensure a reduced impact on the reef as you snorkel beneath the waters and even interact with the whale sharks. The best time of year to swim along whale sharks is between March and August when the giant fish migrate through the waters. With Exmouth Diving Centre, you’ll be in the hands of PADI certified diving instructors and experts who are committed to education about the reef and its conservation, as they take travellers beneath the waves to swim alongside the giants.

Connecting from Exmouth, you can head on a full day tour of the Murion Islands to snorkel through the reefs and see all the sea life that populates the world beneath the waves. Of course, the highlight of a journey to the Ningaloo Reef is a whale shark adventure, where you enter the water alongside expert guides and share the reef with the whale sharks. The on-board marine biologist will ensure that you know how to properly interact with these sharks, which includes keeping your distance, avoiding contact, and foregoing any potential irritating actions like taking flash photos or making too much noise nearby them. By travelling with experts, you can ensure that you see these incredible animals without upsetting their lifecycle or damaging the environment they inhabit.

A lot of people come to Australia to see the animals. It’s understandable, as the country is home to fascinating creatures you won’t find anywhere else, from the classics like kangaroos and koalas to more curious beasts like echidnas, emus, and cassowaries. Wildlife tours on Australian vacations are a great way to spot these animals in the wild, but a careless interaction can be terrible for the animals that highlight these tours.

With Echidna Walkabout, you can be sure that each wildlife tour respects the environment of the animals and helps to conserve their population and habitat. Echidna Walkabout are leaders in wild conservation travel and are the winner of the 2014 World Responsible Travel Award, which demonstrates their commitment to protecting the animals they seek out on their tours.

The founders of Echidna Walkabout believe that tourism can empower conservation by educating people about animals and the need to preserve their environments. The company seeks to champion conservation by engaging in tourism that minimizes the negative effects on the environment while empowering travellers to do their part in protecting the wild world.

Most tours with Echidna Walkabout are based out of Victoria, mostly around Melbourne, but they also focus heavily on the Northern Territory as it’s one of the country’s most popular wildlife destinations. When you travel with Echidna Walkabout, you head into the bush to observe animals in their natural environment, but you also engage in conservation actions on each trip, which can be as little as recycling bottles and other rubbish you find on your trip, to more in-depth actions like working to remove discarded fishing nets along the shoreline and supporting the rehabilitation of injured koalas.

Our most popular tour with Echidna Walkabout takes you just outside Melbourne to the Koala Research Project, where you’ll study koalas in the bush, and explore an open-range sanctuary that’s home to all manner of Australian animals, including the aforementioned koalas as well as kangaroos and emus. You can also embark on the similar tour that goes into the nighttime, observing nocturnal animals hunting and feeding. With Echidna Walkabout, you’ll also get in touch with the local Aboriginal Community, the Wathaurong, to learn about their millennia-long history of conservation and preserving animal populations.

Eco-Friendly Travel Right near the City

You don’t have to travel far from Sydney to head on an eco-friendly nature tour. With Sydney Outback, you can explore the wilds of Ku-ring-gai Chase National Park, located a mere 45 minutes away from the city. The park has thousands of years of Indigenous history and is the site of many popular rock art sites, including the Red Hands Cave.

Sydney Outback takes their inspiration from the Aboriginal Community in the park and works to respect the natural environment and support the animals and local communities that live in the Outback. It’s a family-owned and operated company that draws on traditions of respect for the land, its custodians, and the animals that live on it, so you know you’re doing no harm when travelling with Sydney Outback.

Our popular full-day tour with Sydney Outback takes you to Ku-ring-gai Chase National Park to summit West Head Lookout, visit the rock carving sites like Red Hand Caves, and cruise along the billabongs that crisscross the park. During your journey, you’ll spot exotic birds, meet Aboriginal locals, and see the bounty of the Outback while limiting your impact.

If you’re going to snorkel the coral gardens of the Great Barrier Reef, hike through the bush to see wild kangaroos and koalas, or swim alongside the whale sharks of the Ningaloo Reef, on Australian vacations, you have to ensure that your presence does nothing to harm the wonderful animals you’ve travelled to see. These eco-friendly tour options showcase the wonders of the Australian wild while respecting the balance of nature and working to reduce the impact of travel and human interactions with animals and environments. They’re easy ways to see the wonders of Australia while working to make sure those wonders exist long into the future. 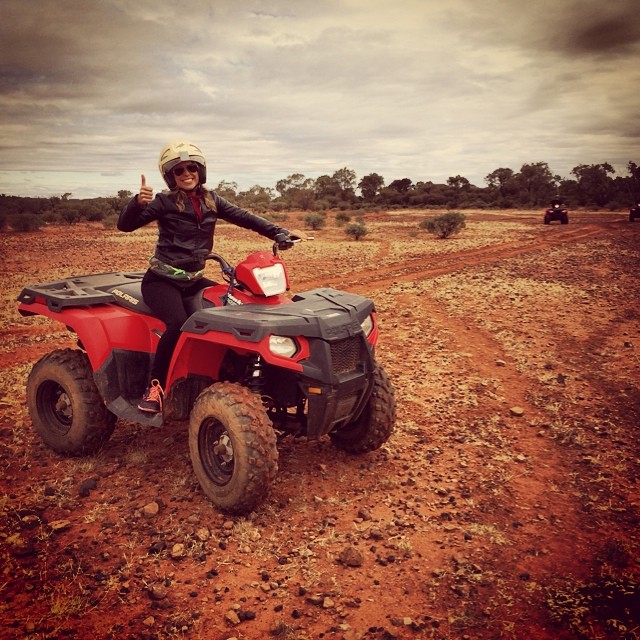