Easter Island one of the most isolated locales in the world – when there, you are the furthest removed from any populated place on the entire planet! It’s increasingly common to hear it referred to by it’s Polynesian name, Rapa Nui, but by either name, an image of a remote, pacific island comes to mind.

Easter Island or Rapa Nui is part of Chile, hundreds of kilometres away, but both Rapa Nui’s ancient and modern cultures are very much Polynesian. One of the funnier aspects of tourism  is that on arrival you will typically be greeted by the locals using the term “Welcome!” in English, followed by several sentences in Spanish, which for non-Spanish speakers is just as welcoming as it’s intended. 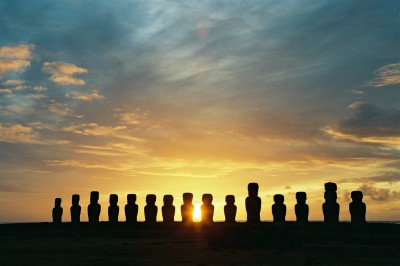 But going back a bit, it is speculated that 1,200 years ago a double-hulled canoe filled with seafarers from a distant culture landed upon its shores. Over the centuries that followed, a remarkable society developed in isolation on the island. For reasons still unknown, they began carving giant statues out of volcanic rock. These monuments, known as “moai” (pronounced “moe eye”) are some of the most incredible, but to this day mysterious, ancient relics ever discovered.

Formed by a series of massive volcanic eruptions, the island is dominated two extinct volcanoes – Rano Raraku where the majority of the famous statues were carved, and the impressive Rano Kau that offers an amazing walk around the rim with sheer drops to the ocean. 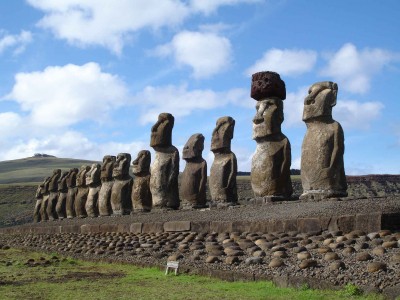 The island is dotted with Pacific beaches where ancient Moai stand guard. The majority of the Moai are situated on or close to the coast, and all but one face inland! There even remains one Moai with its eyes still in place. One of the best areas to see the many sizes and shapes – as all Moai are unique in appearance – is at Rano Raraku, the quarry where the majority of statues where first carved before being moved to their intended sites (by hand!).

Today Easter Island remains a land of mystery, of virgin beauty and rather tranquil and peaceful. Tourism is the driving factor of the local economy, and as the word spreads of this amazing and unique destination more and more people are journeying into the middle of the Pacific to immerse themselves in one of the world’s most mysterious ancient civilizations. This is truly an iconic destination on every globetrotting travellers to-do list. 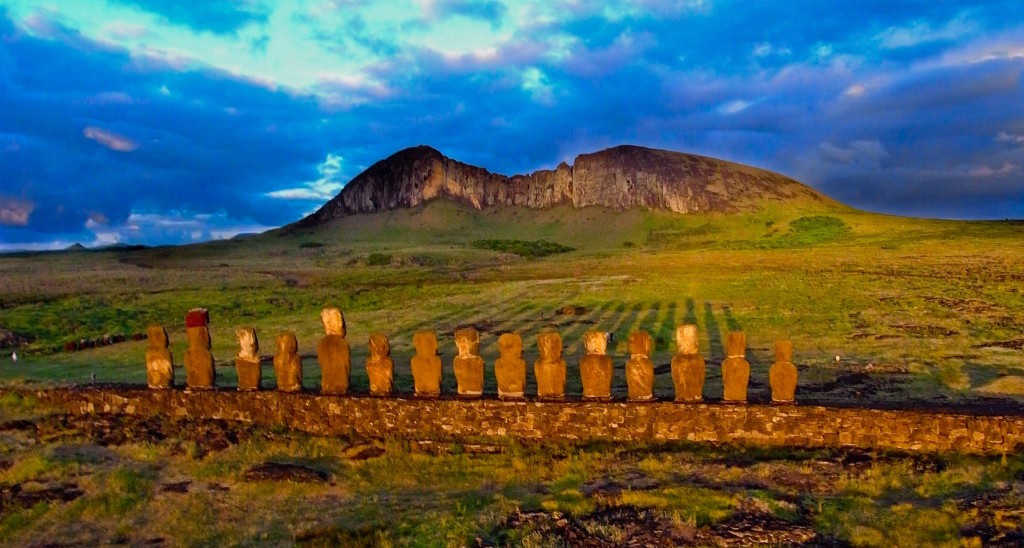 The island sits smack in the middle of the world’s largest ocean, the Pacific so getting to Rapa Nui requires a flight or two from North America. It is a 6-hour flight from Santiago, Chile, or a 4-hour flight from Fiji, with LAN Airlines.

Travellers often combine it within a larger trip, and as such spend about 2-3 days on the island. THis is enough time to get around and see ‘the sites’, while 5-6 days is long enough to really absorb the culture and surroundings, ride horses, and relax too.

Here are a couple different ways to consider travelling to Easter Island: 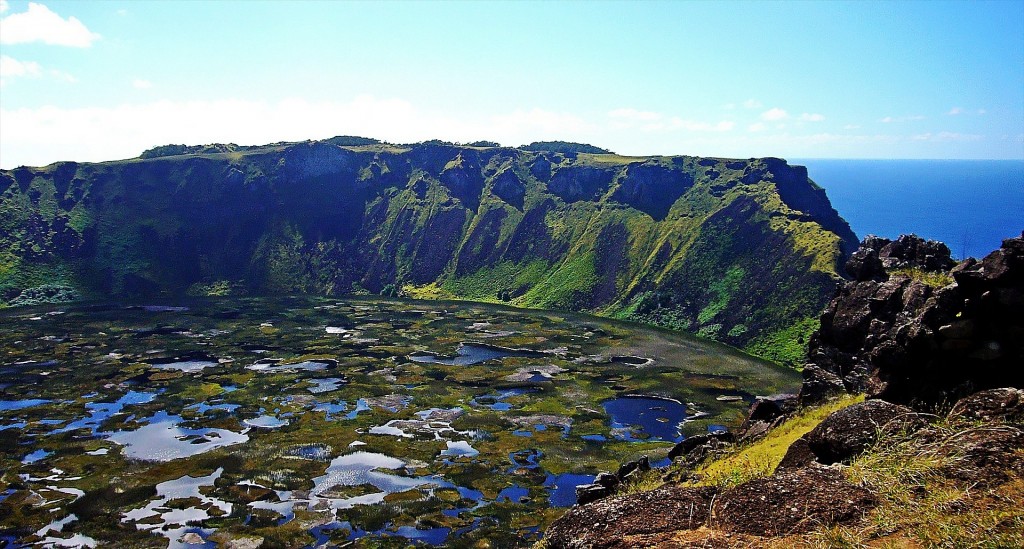 Costa Rica Wants to ‘Save the Americans’