From the sweeping wilds of Patagonia up to the colourful deserts of Atacama, South America’s wealthiest country boasts abundant natural riches as well. Energetic Santiago is typically the gateway to these undersung wonders, while Chile’s much-loved wine country, located just outside the capital offers an ideal place to unwind from the adventure.

Patagonia
Shared with Argentina, Patagonia is one of the world’s most striking mountain regions. While the Argentinean side contains most of the area’s cities, Chilean Patagonia benefits from its unique location on the Pacific Ocean. Impressive mountains, lakes and glaciers make up much of this landscape, and many of these are teeming with wildlife. Cougars, whales, penguins, seals, and sizeable bird populations, along with a range of endemic species including Patagonian Foxes and Maras, all make their homes here. Chilean highlights include Torres del Paine National Park, the Marinelli Glacier and for those who journey far enough south, Tierra del Fuego, a unique archipelago at the foot of the continent.

Atacama
All the way up Chile’s Pacific coast, the Atacama Desert stretches over 600 miles in length and is noted for its salt lakes and photogenic lava flows. It’s no surprise that the area has stood in for Mars in several movies and TV shows. The Moon Valley, formerly a major salt-mining area, is one of the desert’s most popular attractions. Many visitors however are stunned by the variety of landscapes that make up this arid, rocky environment. Over 500 plant species thrive here, dotting the area with splashes of vivid colour, and occasional rainfalls create a unique phenomenon known as the flowering desert. 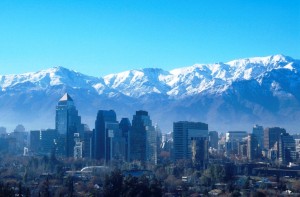 Santiago and surrounds
If Buenos Aires is the Paris of Latin America, then Santiago is the Berlin. Beneath its patchwork architecture, the city sports a buzzing arts scene that’s decidedly more left-of-field than its peers, though you may want a basic command of Spanish to make the most of it. The local café and bar scenes value originality over fashion, and while the city has copped some unfair comparisons to Los Angeles for its smog, it offers its own unique style of beauty. Santiago’s parks have reshaped the city into a veritable urban playground, while on a clear day, the Andes rise majestically just beyond the city limits. The Pacific Ocean, along with the delightful port city of Valparaiso, is less than 90 minutes away, as is Chile’s booming wine region. Those really into their wines may even want to cross the border into Argentina and visit Mendoza, a city famous for its Malbec, as well as a thriving festival calendar. 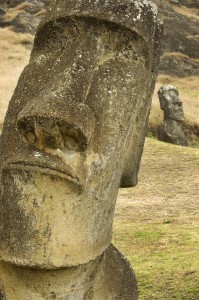 Easter Island
One particularly mysterious feather in Chile’s cap is Easter Island. Though you’re unlikely to find it on a typical Chile itinerary, the island has been a special territory of the country since 1888, and is home to almost 6,000 residents. Easter Island’s main claim to fame is the Moai, its enigmatic stone faces. These have been dated back to somewhere between the years 1250 and 1500, and much about their origin is still unknown. Almost 900 statues remain today, the tallest of which stands an impressive 72 feet high, though most are partly buried. Curiously, all the statues face inland, allegedly because their builders believed they were the world’s only peoples, therefore any threats would come from the island itself rather than the outside world. Sure enough, when Europeans first reached Easter Island in the late 18th century, they found a land apparently ravaged by conflict, and many of the Moai were damaged. Today’s Easter Island however is a peaceful, welcoming place shrouded in an intriguing history. It is easily reached via air from Santiago.