Wine aficionados throughout the world have lauded New Zealand’s wines, from the spicy, complex notes of a Pinot noir to the crispness of a Sauvignon Blanc. In 2014, export sales hit a record high of $1.33 billion, but of course, the nation keeps its premium drops at home. If you want to discover the best of this wine industry, then travel to New Zealand. 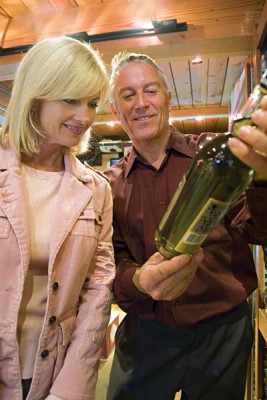 What to Know About New Zealand’s Wine Country
New Zealand’s wine industry took some time to develop. While sources debate who made the first plantings, the first grapevines set roots on the North Island in 1819. However, it wasn’t until 1836 when someone decided to make the first local wine. This early winemaker wasn’t a Kiwi, but likely an Australian who had made the journey across the ditch. In 1873, the nation finally produced its first commercial wine, however, it was the 1970s that saw local wine-making really take off.

Wine exports in the nation have increased by $1 billion in a decade. New Zealand is now the eighth most valuable wine export country in the world, ahead of traditional wine producers, Portugal and Argentina. While the nation won’t surpass France and Italy in production anytime soon, New Zealand is catching up to the sixth- and seventh-place producers, the United States and Germany. According to the New Zealand Winegrowers‘ annual report, New Zealand could top $2 billion in exports by the end of the decade. 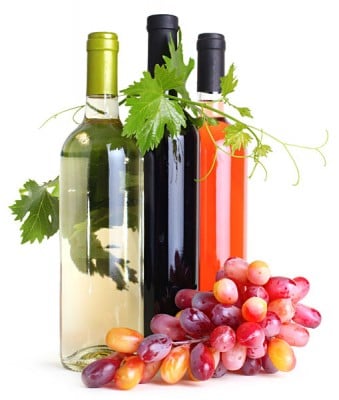 Pinot Noir is another New Zealand success story. Production of this complex red variety increased 15 percent in 2014. Pinot Noir excels in cool climates. The best examples are found in South Island wineries, especially those in Marlborough, Wellington, and Central Otago.

Wine critics praise New Zealand wine for its purity and vibrancy. Both features come from the long ripening period necessary in New Zealand’s cool climate. With more time on the vines, the grape flavours intensify, yet retain a crisp acidity that keeps those flavours in balance. Stainless steel production equipment enhances the punchy nuances of the grapes and gives the New Zealand wine-making process a point of difference on the global stage.

How To Get There
New Zealand’s Classic Wine Trail extends from Napier (Hawke’s Bay) on the North Island to Blenheim on the South Island, taking in Hastings, Martinborough, Wellington, and Picton (Central Otago) along the way. It would be a shame not to veer off at Martinborough and explore Marlborough too. Do you really want to miss the wines in Gisborne, Canterbury, and West Auckland? In truth, you’ll be able to find wineries near many major New Zealand cities and a range of regional locations throughout the North Island and in the top half of the South Island.

Air New Zealand operates direct flights from San Francisco and Los Angeles in California to Auckland. These flights tend to leave in the evenings, so you can sleep on the way and arrive ready for your wine adventure in the morning. Continental Airlines also flies direct from Houston, Texas to Auckland, which may be more convenient if you’re not on the West Coast.

Once you’re in Auckland, you can book a rental car and drive to an appealing wine destination or catch another Air New Zealand flight. The national carrier flies to many local wine hotspots including Gisborne, Napier, and Wellington.

Take a Tour
Taking a wine tour allows you to enjoy the tastings available at New Zealand’s cellar doors, without worrying about being over the legal alcohol limit. In some cases, you’ll gain greater access to the winemakers and their processes than general consumers enjoy.

You’ll find various wine tours across the country, including half-day trips, full-day trips, and more multi-location New Zealand tours. Some tours focus solely on visiting cellar doors, while others will take you to local sites and landmarks. In most cases, you’ll simply enjoy tasting the wines and chatting with the sommelier or winemaker, but some tours also involve walks among the vines and a behind-the-scenes look at the wine-making process.

Inclusions vary depending on the company running the wine tour, but most will include complimentary tastings. This advantage benefits visitors who may typically have to pay a nominal tasting fee that becomes refunded only upon purchase. Many wine tours stop for a gourmet lunch at a winery, which may be included in the tour price. Some wine tours also include snacks and beverages, such as cheese plates, bottles of water, and access to Wi-Fi for the tour’s duration.

New Zealand has a renowned wine industry, but you won’t get a sense of its legacy by sipping Sauvignon Blanc at home. For an authentic New Zealand wine experience, take the tours, meet the winemakers, and savour those wines paired with New Zealand fare. Pack your bags and head to New Zealand’s cellar doors to discover what this exciting wine industry is all about.