Some people are compulsive travel planners who enjoy plotting out each and every movement of their next trip almost as much as going on the trip itself! Others prefer a little direction, while others outright dread words like “at leisure” on an itinerary.

At leisure? To do what? Where do I go? What should I see? Throw in a “city pass” or attractions card with dozens and dozens of options included, usually along with a booklet of further suggestions, and the options can be… overwhelming.

A city pass can be extremely useful and save you quite a bit of if you’re visiting somewhere for the first, or even second time. On an Australia vacation, you might pick up an iVenture pass. These cover 5, 7, or 10 tickets to attractions in or near Sydney, Melbourne, the Gold Coast, and Tasmania, which you can use over a generous specified period. In fact, it’s included on a number of Goway’s Australia vacations. With numerous days at leisure though, it can be hard to know where to start, so here are some tips for getting the most out of your city pass. 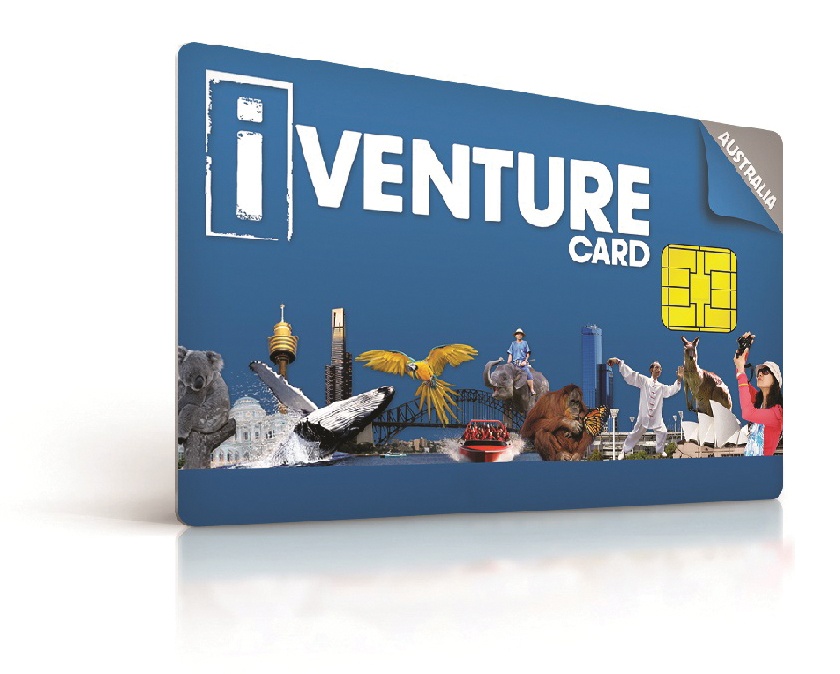 Make sure the pass offers YOU value for money

Not everyone travels or goes sightseeing the same way. The first step in deciding if one of these passes is for you is to work out what you’ll save with the pass. That means having a rough idea what you want to do, or at least what kinds of experiences interest you, and adding up the admission costs. If the total doesn’t cover the cost of the pass, your decision is pretty easy. Check the pass’s inclusions however, just to see if there’s another experience you might enjoy. Many of iVenture’s inclusions aren’t “big” famous sights as such, but they will add a unique and wonderful memory to your Australia vacation.

Decide if you want help getting around

“Big Bus” style tours roam many of the world’s great cities, and they can be great for the first time visitor who doesn’t want to pay for cabs or puzzle out local transit. They can also be quite expensive, which if you plan to use one, makes them good value if included on a city pass. Not all offer the same experience, however.

If you’re looking for a seat-in-coach tour that takes you to the city’s highlights with commentary, the half-day AAT city tours in Sydney and Melbourne offer great value for minimal passenger effort. Simply arrive on time and enjoy the ride. Ideally, take the tour at the start of your trip to get an overview of the city. An afternoon bus tour is also a nice, easy way to spend your first day in Australia after a long flight. You can then go back and see the attractions that interest you in more detail later during your visit. The downside is a lack of flexibility. You’re on a tour, not a hop-on, hop-off experience, and while you’ll get a chance to stretch your legs and enjoy the more scenic stops in detail, you’re on the bus’ schedule.

Hop-On Hop Off tours take a bit more planning, but are far more flexible. On Melbourne City Sightseeing, Big Bus Sydney Explorer, and Red Decker (Hobart) you decide where along the route you’ll visit and for how long. You can skip anything that doesn’t grab your eye, and still enjoy some commentary. The ticket is normally only good for one day, so the best value lies in disembarking at out-of-the-way spots like St Kilda, Melbourne Zoo, Bondi, or Manly, so you don’t spend valuable time travelling back to them later.

Sydney uniquely offers the Captain Cook Hop-on Hop-off Cruise. It’s far nicer to get around the city by ferry than by bus, and you receive a 2-day ticket, rather than the single day offered by the Hop-on Hop-off buses. The obvious drawback is that the cruise is restricted to harbourside locations. That’s still an impressive list though, including Darling Harbour, Circular Quay, Fort Denison, Luna Park, Shark Island, Watsons Bay and South Head, Manly, the Australian National Maritime Museum, and Taronga Zoo – more than you can reasonably fit into one day. The “cruise” is actually three intersecting routes, allowing you to switch throughout the day. This can be a big time saver, allowing you to, for instance, cruise from Watsons Bay to Manly rather than going all the way back to Circular Quay. You might not even use your second day, but the freedom to do so is there if you wish.

Hit the sights you most want to see early

You’re on an Australia vacation in a new city where there are discoveries to be made and new opportunities to explore. Or, you might just find yourself wanting to spend a day relaxing on the beach or in one of the city’s parks. Tick off your “must sees” early in your visit before fatigue sets in, or before an unexpected discovery grabs your interest and takes up a spare day. That way, you’ll be sure to see the attractions that most interest you, and avoid leaving unused tickets on your pass. For instance, if a Sydney Opera House tour is near the top of your list, don’t leave it until the last day! You never know what else you might find to explore in Sydney once you’re in town.

Mix things up a little

No matter how passionate you are about art, wildlife, beaches, or cruising, it can all start to blend into one if you don’t mix in some variety! You want all of your travel memories to stand out, so program a varied itinerary, or at least, don’t plan all your wildlife experiences or museums for the same day!

Be wary of surcharges

iVenture has a vast range of experiences and tickets included, but not all of them are fully included. Pay particularly close attention to the dining tickets, as these are usually for discounts or a certain amount off your meal (comparable to an attraction ticket), rather than a “free meal” as such. Some experiences such as Dolphins in Paradise or tours of the Gold Coast hinterland are also offered at heavy discounts, rather than being fully included. They can still offer excellent value (Dolphins in Paradise is the best value ticket on offer, saving each adult $99), but check for those supplementary charges so you aren’t caught unawares.

Skip the chains in favour of unique local experiences

This one’s up to personal taste, but did you really come all the way to Australia to eat at American chain restaurants or visit the same franchises you can experience back home? Even if they offer good monetary value, ask yourself if it’s the kind of experience that brought you to Australia before committing to one of your tickets. If it is… go right ahead.

iVenture passes include a wide range of tickets to great attractions, including some cheapies. Sydney’s Chinese Garden of Friendship, Sydney Observatory, Cook’s Cottage in Melbourne, a Queen Victoria Building tour, the Powerhouse Museum… all are worth seeing. They can also all be seen for under $20, so you’re better off not throwing one of your iVenture tickets on them, unless you’ve already gotten your money’s worth from the pass and are looking for one last freebie. Try to save your pass tickets for attractions costing $25 and up. As a rule, you’ll want your selections to average out to $35 or more to balance the cost of the pass.