Lhasa is known as the “the roof of the world” for good reason. It’s almost 3,700m above sea level. I had followed the advice on how to acclimatize to the altitude (this wasn’t my first rodeo), but after flying in from Beijing and resting at the hotel, my husband and I were excited and eager to explore Lhasa’s old town. We assured our guide that we felt OK—you can see where this is going…. Fast forward to a few hours later and I almost fainted inside Jokhang Temple, considered to be the most sacred temple in Tibet! My guide had to quickly lead me through the crowd of pilgrims so I could get out into the fresh air. It was very embarrassing and totally a “tourist” thing to do. We retreated to our hotel room and rested for the remainder of the day. Lesson learned. This is why we don’t plan any sightseeing on arrival days in Tibet.

Over the next two days we explored some of the major sites including the iconic Potala Palace and Sera Monastery to watch the monks debate and learn about monastic life. But the site that left the biggest impression on us was Ganden Monastery, a lesser known monastery located in the countryside at an altitude of 4,300m (we were adjusted to the altitude by this point). While at the monastery, we decided to hike the Ganden Kora, a pilgrimage trail around the monastery. The sweeping views of the surrounding mountains and valleys were incredible. Along the path we met some pilgrims and saw only a few other tourists. Most of the time we were alone on the path. It was peaceful. We also saw the sky burial site. Sky burials are very sacred to Tibetan Buddhists. There are only a few sky burial sites around Lhasa and access is usually restricted. It was a very rare and humbling moment. I still get chills when thinking about it.

I’ve been fortunate to visit many different types of religious attractions and sites around the world, but visiting the Tibetan monasteries and the former home of the Dalai Lama (if you don’t know the history, I urge you to look it up), and witnessing the everyday Buddhism practices and will of the Tibetan people was really astounding. It’s a special place. Tibet should be on your bucket list. Just make sure to take it easy the first day! 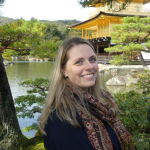 Product Manager, Asia — Brittany’s career in the travel industry started after living abroad in Japan. She had arrived alone, not really knowing what to expect and not keen about eating raw fish (sushi was not yet a popular thing in North America). She left Japan with a deep understanding of its culture and a surprise appreciation for sushi (that did not extend to raw squid or octopus), along with lifelong friendships and memories. Over 10 years later, she remains a passionate advocate for travel to Japan, and her adventures have continued to other Asian destinations including the Tibetan plateau and the jungles of Borneo. While Brittany has explored many areas of the globe by now, Asia will always have a special place in her heart, and be a region she is passionate about sharing with curious globetrotters.