I’m going to let you in on a little secret.

I have this friendly rivalry with my friends over on Team Goway Africa. It feels like all they can do is talk about their Big Five. Animals, animals, animals…they tout that USP to just about everyone who will pull up a chair and listen.

I get it. They do have their fair share of cool fauna, but let me be clear…so does Asia. I’m going to rally back with Asia’s Big Five and let me just say…this is a list to be reckoned with. Every animal on this list is endemic to Asia. And spoiler alert…the cuteness factor rates very high.

One of Asia’s smallest mammals—if you don’t count Thailand’s Bumblebee Bat, which currently holds the world record of smallest mammal—the tarsier is pretty darn small. But it doesn’t get a spot on this list based on its size. Nope, the tarsier makes it to my top five simply because they have the coolest bug eyes I’ve ever seen. Literally, their eyes are bigger than their brains! But the fun doesn’t stop there. This mammal makes the perfect invite to any dull party. It can jump up to 40 times its body size. It can rotate its head 180 degrees without even moving its body (which is quite the skill). And they are the only primates to refuse to eat vegetables—my kind of animal. While tarsiers can be found across various islands of Southeast Asia, my recommendation for the best place to see them is on the island of Bohol in the Philippines.

The orangutan has always been a fan favourite. Ever since I watched Every Which Way But Loose as a kid, this ape has stolen my heart. With those long, gangly arms and that look in the face that just makes you think…if this animal were a human being…I’m betting he’d be the life of any frat party. Not too surprising given that they share 97% of our DNA. The orangutan can be found swinging from branch to branch on both the islands of Borneo and Sumatra, but sadly, due to the deforestation of palm trees, their habitat is at risk. Goway offers a chance to see these kooky creatures at various sanctuaries throughout Malaysia. Both Sipelok (Sabah) and Semenggoh (Sarawak) are both highly recommended reserves. It almost feels as if you are in the wild. But, if you are feeling lucky, try spotting them yourself along the Kinabatangan River on our Untamed Borneo tour.

I put the Proboscis monkey just one bar higher than the orangutan because, come on, have you seen that nose? How could you not? They are the Jimmy Durante of the animal kingdom. Apparently, the nose is not just for smelling the flowers as they leap through the jungle vines. Their noses are their status symbol amongst the opposite sex in the monkey kingdom. They too are endemic to the island of Borneo and live a mostly arboreal lifestyle rarely allowing their feet to touch the ground.  But just as swiftly as they manage aerial acrobatics amongst the trees, they are also quite adept swimmers. Don’t be surprised if while floating down a Borneo river, one decides to do a belly flop a few feet from your canoe. That is worth the price of admission alone. Again, Goway’s Untamed Borneo is a great spot to try and find them but there are only around 7,000 left so you’ll have to look closely.

Not just your average teddy bear, the Giant Panda has become symbolic of Asia. I don’t think it’s even possible to find a non-flattering pic of a panda. I dare you. According to WWF, there are less than 2,000 pandas roaming the bamboo forests in the mountainous southern regions of China, so if you want to see one of these lovable black and white cuddle monsters, might I recommend a visit to the Chengdu Research Base for Giant Panda Breeding in Chengdu. You’ll get the opportunity to see pandas at every stage of the life cycle. And you’ll even get to see Red Pandas as well, although they don’t hold many similarities with their more popular cousins. There are now 67 panda reserves across China, but without a doubt, the most popular, best-run and one of the easiest to get to is the one located in Chengdu. I’d recommend trying to go first thing in the morning when it’s cooler and the pandas are more active. They do sleep on average 14 hours per day, so to catch them with their eyes open can be a bit challenging.

To be fair, I wrestled internally with which animal to put at the top of my list. I do like them all but I eventually gave in and chose the Asian Elephant as the winner of the category. Hands down, it is cuter than its African counterpart. It’s rare that you’ll ever be charged by the Asian variety. They are gentle giants that are quite docile. And while there is arguably some controversy surrounding the sustainability of the Asian elephant and its role in tourism, I believe that managed correctly, there is a positive future for both to co-exist. I highly recommend visiting a sanctuary/camp on your next trip to Thailand. Goway offers a wide variety to choose from, all of which have been properly vetted as ethical operations. If I had to choose my personal favourite, I’d recommend a stay at Elephant Hills Jungle Camp nestled in the mountains of Khao Sok National Park. An afternoon spent with an elephant can be life-changing.

There you have it: Asia’s Big Five Countdown. Which one would you most like to see on your next trip? 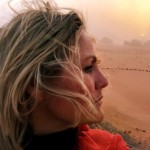