I went to Norway on a FAM in June 2016, so I decided to visit Moscow afterwards since Russia is nearby. In Moscow, my hotel was located five metro stops from the famous Red Square. The hotel gave me directions on how to get there, using a tourist map with some notes written on it by one of the receptionists. The receptionist wrote how many stops I needed to count to get there and directions from the metro platform exit to Red Square (left door, right exit, etc.).

While everything was easy getting to Red Square, the big challenge came on my way back, when I was back inside the metro station. I didn’t know which entrance or platform to take to get back to my hotel. There were more than one and all of them looked the same to me, so I couldn’t remember which one I had exited from.

I opened my map and approached a stranger in his early 30s coming in my direction to get on the train, thinking he could speak English. “Excuse me, do you speak English?” I asked. He didn’t reply, but simply looked at me for one or two seconds with his unfriendly, straight face. He then started moving his arms across each other in an exaggerated way and walked away, so I understood that he didn’t want to be bothered and I called “I’m sorry” after him while he was walking away. After he walked 10 or 12 meters, he turned around and looked straight to where I was and came back towards me. I have to be honest, it was a bit intimidating because I didn’t know what he really understood when I said “sorry.”

He took the map from my hands and nodded a few times. I understood that he was wondering where I was going. So I pointed to the hotel, which was already highlighted on the map with a circle in pen. He looked at the map and looked to his left and his right to read some of the platform signs that were written in Russian. Then with his right hand he grabbed my left wrist and led me along, indicating that I should follow him. I understood and he let go of my wrist and I came along with him. We walked for a couple of minutes before he stopped in front of one platform entrance, looked at the Russian signs, and pointed at the platform, letting me know that this was the one that I needed to take to get back to my hotel.

With a smile on my face, I made the namaste hands gesture and thanked him. For the first time, his face wasn’t totally blank. In fact, he even smiled a bit. I waved goodbye and he did the same and then he went back in the same direction that we had come from.

This experience really helps me understand that we cannot judge people based on what they look like or what we think they’re thinking. We all come from different cultural backgrounds and have different personalities. I judged this man so quickly, thinking that he didn’t want to bother with me, not that he didn’t speak English and was unsure about me. Because although this Russian man had a straight face the entire time and didn’t speak a word of English, he still helped me in his own way.

In September 2018, I went back to Moscow with a friend and it was a pleasant surprise to see that all the metro stations now have English signs. 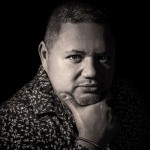 Destination Specialist, Central & South America — When Luis was a child, he often travelled with his parents around Mexico and through neighbouring countries. This is how he developed a passion to discover new places around the world. Since discovering a love of travel, he has travelled to 70 countries and been to all seven continents. He started working in the travel industry because he wanted to share his travel experiences with not only friends and family, but anyone who was interested in seeing the world.