A lot has changed for Tokyo in the past 56 years. On the eve of the 1964 Summer Olympics, Tokyo was considered something of a backwater. But in the lead up to the Olympics, Japan rebuilt and expanded the city, transforming it into a modern metropolis that was now open to the world. During the 2021 Summer Olympics, Tokyo will no longer have to define itself on the world stage, since it has enjoyed several decades as one of the world’s most popular cities. But it will once again have the opportunity to take the global spotlight and show how it is a city that is endlessly pushing forward into the future.

A Revitalization at the 1964 Summer Olympics

Back in 1964, Tokyo was not what it is today. Coming not even 20 years after the end of World War II, the Olympics were an opportunity to redefine Japan on the world stage and transform it from a past enemy combatant into a friendly ally. Furthermore, Tokyo was considered something of a backwater. The remarkable urban transformation for the Olympics announced the city’s emergence into the present.

A lot of hopes and dreams for the country were relying on the success of the event, and luckily, things turned out well for Japan in the wake of the Olympics. The new shinkansen (bullet trains) dazzled visitors while technological innovations like photo finishes and colour broadcasts changed the games themselves. The games were so popular, Life Magazine even proclaimed them the “greatest Olympics ever held.” Japan became a heralded tourist destination and the immense infrastructure projects built for the Olympics (trains, hotels, airports) laid the groundwork for the country’s transformation into a technological dynamo in the 1980s. We wouldn’t think of Tokyo as this futuristic marvel if it wasn’t for the 1964 Summer Olympics. 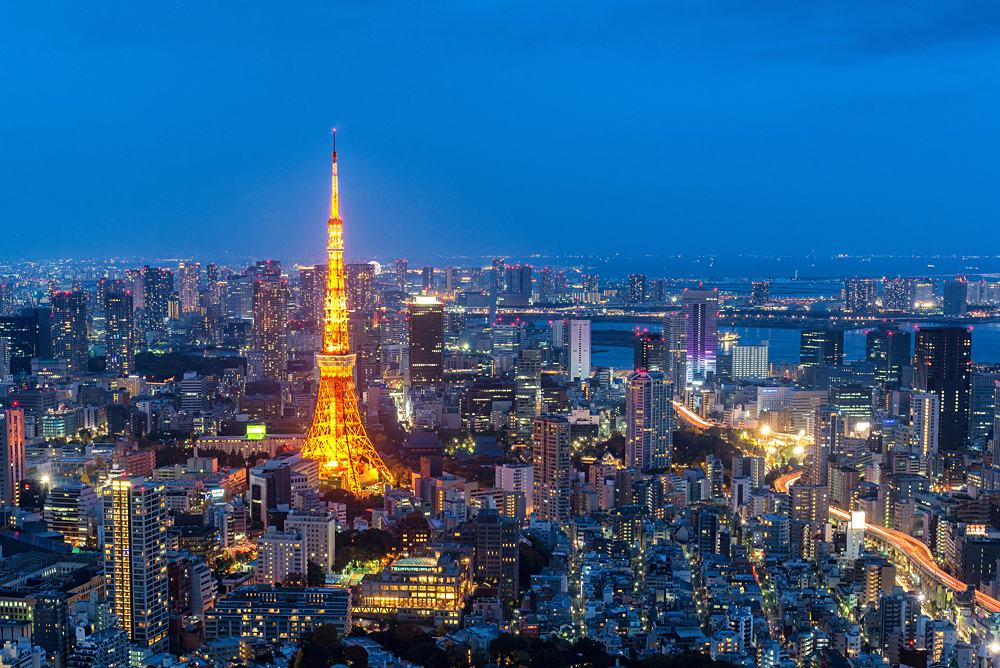 The futuristic aspects of Tokyo would not come about until the late 1970s onwards, but even during the 1964 Olympics, many of Tokyo’s most popular attractions were firmly in place. The old neighbourhoods of Asakusa and Ueno would’ve been largely as they are today. The impressive Buddhist temple of Senso-ji was rebuilt that year after its devastation in World War II, while similarly, the Shinto shrine dedicated to the late Emperor, Meiji Jingu in Harajuku, was completed in 1958 and was open to the public during the Olympics. The Tokyo National Museum had been around since the late 19th century, and even Tokyo Tower had opened six years before the Olympics began and was firmly entrenched as the tallest structure in the country. If you had visited Tokyo during the 1964 Olympics, you would’ve had a chance to see many of the historical wonders that still dazzle tourists today.

Cementing the Future at the 2021 Summer Olympics

That being said, a lot has changed since 1964. Prior to the 1964 Olympics, foreigners thought of Japan as an old-fashioned nation that was hopelessly stuck in the past. The Olympics changed that perception and showed that Japan had very much adapted to become a modern country. In the past 56 years, Japan has now outpaced the other modern countries of the world and become something of a futuristic icon. It’s the world’s top tourist destination and ranks at the top of world rankings for friendliness, transit infrastructure, and cleanliness. It leads the world in terms of food, with more Michelin 3-star restaurants than anywhere else in the world, and its electronics and automobiles are considered among the best in the world.

Tokyo no longer needs a facelift or has to remake itself to wow tourists. But Japan is not satisfied with the status quo and will seek to use the 2021 Olympics to make a statement about just how futuristic the country has become. While many plans had to be changed due to the postponement of the Olympic games due to the COVID-19 pandemic, there are still hopes to have robot workers help people find their way around Tokyo, zero carbon waste at sports venues to offset environmental impacts, and self-driving cars with fuel cells to shuttle tourists. There’s even an artificial meteor shower planned for the opening ceremonies.

If you visit Tokyo in 2021, you’ll find evidence of its startling innovation everywhere you turn. The neon lights of Shinjuku and Shibuya promise endless nightlife, the loud costumes and gaming of Akihabara speak to a youth culture that has conquered the globe, and innovations like pod hotels, subway systems that are efficient to the second, and the world’s fastest trains continue to showcase how Japan leads the world in so many ways. The Tokyo 2021 Summer Olympics will be another demonstration of just how far Japan has come and how much further it intends to go.

This article was edited from an earlier version that appeared in the fall 2019 issue of Globetrotting Magazine. It has been updated in light of the postponement of the Tokyo Olympics due to the COVID-19 pandemic.