In recent months, many of us have been getting wistful over our dream destinations, along with past romantic vacations. If you’ve been there or dreamed of going there with someone special, those feelings can stir an even greater sense of wanderlust. After all, there’s nothing quite like sharing our most precious travel memories with a loved one.

Here are six romantic vacations in destinations that are sure make your heart take flight, until we can do so for real.

For Getting Behind the Wheel

First of all, France and Italy are timeless and we are in no way dismissing those two options for a romantic European getaway. But Germany literally has a driving route known with good reason as The Romantic Road. From Wurzburg to Fussen by way of towns frozen in time like Rothenburg ob der Tauber, and famous landmarks like Neuschwanstein Castle, this is the Germany of chocolate box fantasy. Taken at your own pace, this classic self-drive route doesn’t lack for culinary or wine options either. Spend a few days in Munich, or add a cheeky jaunt to hopping Berlin – or Paris, or Rome, or Prague, or Vienna – if you’re missing the city. In the centre of Europe, the options really are endless.

An easy choice? Please! No collection of islands on earth stir the heart quite like the Islands of Tahiti, also known as French Polynesia. There’s also more variety on offer here than a simple ‘island resort’ getaway – though those are plentiful and spectacular, particularly on Bora Bora and Moorea. Focus on the culture and history of French Polynesia on Tahiti itself. Enjoy eco-friendly luxury on Tetiaroa. Explore the legends and cultural history of sacred Raiatea, or sample Polynesia’s natural fruit bowl on Huahine. You can even get married or renew your vows at the bottom of the lagoon.

What says ‘lasting romance’ more than a red rose? How about, as Burgon called it, a rose red city half as old as time? The rock-hewn Nabatean city of Petra is one of the great ancient wonders to see in your lifetime, and it’s just one of the glorious sights that await on a trip to Jordan. To its south stretches Wadi Rum, the otherworldly desert landscape that captured western imaginations in the film Lawrence of Arabia. Neat the capital city, Amman, see Roman ruins and ancient mosaics, including an ancient map of the Middle East in the city of Madaba. Just don’t forget to relax in the waters of the Dead Sea, famous for its health benefits.

There’s a sense of urban chic on the frontier to Buenos Aires, which cobbles together its many passions into a city like no other. You can take in exquisite tango demonstrations and succulent steak, or engage with more local obsessions like polo, opera, and the best Italian food outside of Italy (football is a given, of course). Explore magnificent galleries, or find a milonga offering tango classes in English and learn the nation’s most famous dance for yourselves. Beyond Buenos Aires, sip your way through the vineyards of Mendoza and its surrounds, or if you really want to get out there, bond over the ultimate Andean adventure through Patagonia.

Nothing quite turns your world on its head quite like a visit to India. This enormously diverse country might reinvigorate your mind and spirit, awaken your senses with incredible food and a whirling kaleidoscope of colour and sound, or enchant you with cherished traditions in the shadow of a rapidly modernising society. It’s also a deeply romantic country, from the colourful cities of Rajasthan to the world’s ultimate monument to love, the Taj Mahal. If your idea of a romantic vacation is all about unforgettable imagery and shared experiences you won’t find elsewhere, India might be your dream trip. 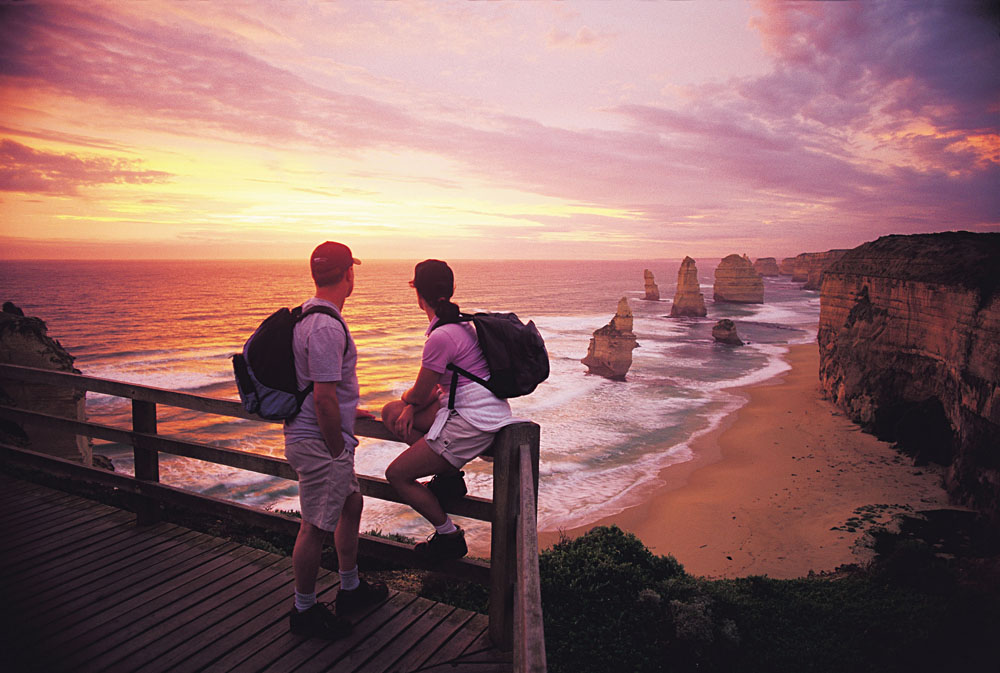 For the Perfect Setting

There’s just something about exploring the sparsely populated landscapes of Australia with that special someone that puts the country’s diversity and beauty into perspective. It might mean dinner under the stars in the silent desert, overlooking Uluru, enjoying a leisurely long lunch together on Sydney Harbour, finding a slice of paradise – possibly underwater – along Queensland’s tropical coast, or taking a tour with a local indigenous guide, deepening your understanding of these ancient lands. No two Australian states are alike, so take your time exploring and don’t feel like you have to see the whole country at once.