It’s often thought that you can only head on certain kinds of vacations with the family in tow. According to this logic, you can choose between a trip to an amusement park or, if you’re feeling really adventurous, to a resort in the Caribbean. Supposedly you can’t even think about a vacation you, as an adult, really want to head on. But the thing is, this line of thinking isn’t actually correct. While it takes a bit more effort to head further afield with the family, an actual dream vacation is possible with the kids in tow. In fact, it’s encouraged, as children love exploring the world, and there’s no better memories you can make as a family than those of fulfilling your dreams together on family vacations.

Adapting to Your Family’s Schedule

We know that travelling with kids requires a lot of balance. For instance, if you have young children, you likely have a meal and sleep schedule that they need to adhere to that isn’t too flexible. Doesn’t matter whether you’re in China or at home, your kids will need their nap and snacks and a bit of playtime before supper. We get that, so Goway’s family vacations make sure to schedule enough free time to accommodate meals, play, and any spontaneous tantrums that may arise. However, structure is also important, because families sometimes need motivation to get moving in the morning. And furthermore, structure relieves all the stress of making things up on the spot with kids in tow. Let others plan ahead and avoid the added stress of a spontaneous family vacation. 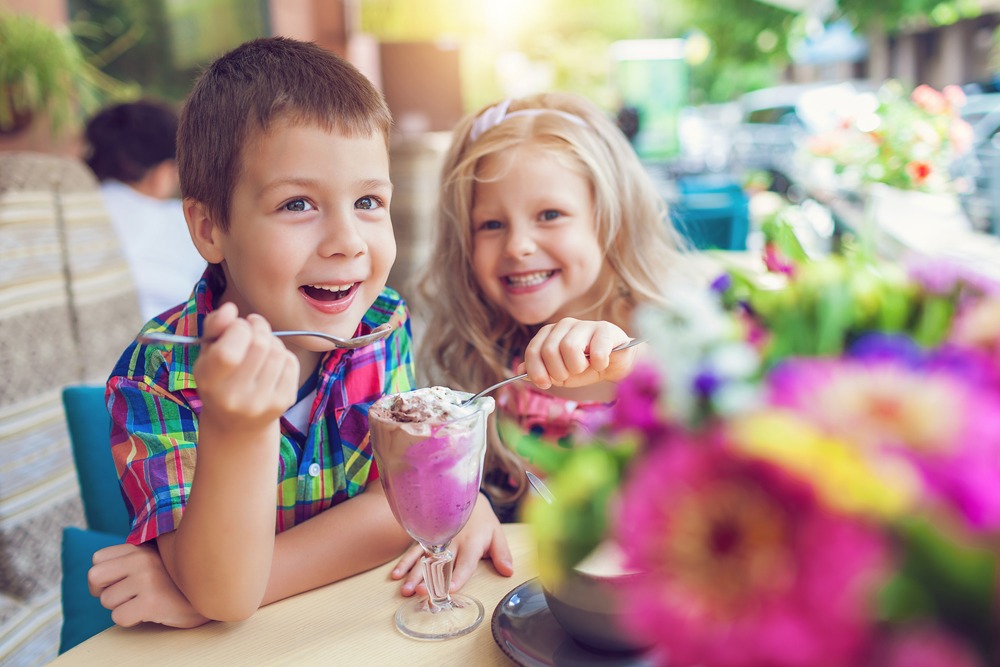 Some of the best options for family vacations are trips to the great cities of Europe. Parents often love history and culture, while kids love fanciful stories and play, and Europe’s great cities combine the two, making sure everyone has something to enjoy on a family vacation. For instance, Italy has many cities that offer play and history in conjunction. On a vacation to Rome, when you head to the Colosseum, your kids can head on a treasure hunt through its ancient corridors and discover clues about Ancient Rome while you learn about the gladiator fights and many other uses of this ancient stadium. They get the game while you get the history (and they’ll soak in a few facts along the way as well).

If you’ve travelled anywhere through Europe before, you know that the food is a main highlight of the continent. You won’t want to sacrifice the incredible flavours when journeying through Italy or France with your family, even if your kids think macaroni and cheese is the height of culinary sophistication. So the best way to get your kids engaged with the food culture is by getting them in on the fun of making the food themselves. A cooking class is a great way to engage children and parents alike, and enjoy some delicious food along the way. In Florence, you can learn to make pizza and pasta and your kids can have fun rolling the dough and tactilely engaging with culinary traditions.

Another surefire way to appeal to kids is to play to their interests. Kids love stories and they specifically love Harry Potter, so why not let them follow in the footsteps of Harry Potter on a family trip through the United Kingdom? London appeals to travellers of all ages on a trip to England, so in between visits to world-class landmarks like Big Ben and the Tower of London, your kids can imagine themselves witches and wizards in training with a trip to Platform 9¾ at King’s Cross Station, or a stroll down the street that inspired Diagon Alley.

If you have younger kids, they’ll appreciate a trip through the gardens and pastures of Bowness-on-Windermere where Beatrix Potter came up with the stories of Peter Rabbit and where your children can take full advantage of The World of Beatrix Potter. While the kids are engaged with stories of farmyard animals, you can enjoy the picturesque atmosphere of the Lake District and stroll through medieval villages and alongside the tranquil lakes. The trip caps off in Scotland, with a stay in Edinburgh at the very hotel where J.K. Rowling finished Harry Potter and the Deathly Hallows, so you might say things come full circle.

Kids love animals. In fact, most people love animals, and a wildlife vacation is the best way to see fascinating animals in other parts of the globe. Africa is ground zero for wildlife encounters as it’s the safari capital of the world. Kenya, Tanzania, and South Africa all accommodate family-friendly vacations, but South Africa in particular is a great place to consider for a first safari as a family.

On a family vacation to South Africa, you connect to Cape Town and spend some time in nearby Somerset West, where you’ll head to Cheetah Outreach, a conservation centre where you can learn about these magnificent cats and your kids can even pet one. You can also connect to nearby Eagle Encounters to meet all kinds of birds of prey and support raptor rehabilitation and conservation. After a couple nights at leisure in Cape Town, you connect west to Greater Kruger National Park and Sabi Sands Reserve, which features a luxury safari lodge that’s among the highest-rated in all of Africa. But it’s not just luxury reserved for adults – it accommodates children as well. The EleFun Centre is for children aged four to 12 and teaches children about all the animals they’ll see on game drives with their family. It also has plenty of activities designed by childcare professionals to engage children with South African animals, and includes an outdoor play centre and plenty of craft opportunities.

While South Africa is an ideal introduction to Africa for the family, don’t ignore some of the other African nations for a family safari. In particular, consider a trip to Botswana, Zambia, and Zimbabwe. On a family adventure to these countries, you and your family can see some of the world’s most incredible animals as well as one of the most impressive waterfalls in the world.

The journey starts in Botswana where you spend six days at two game lodges in the Okavango Delta. This floodplain to the south of the Chobe River is renowned for its vast numbers of animals, most notably hippos, cheetahs, lions, and, most enthralling to children, elephants. In fact, the Linyanti Concession is known for having the highest popular density of elephant in the world, so if your children are delighted by the sight of elephants in YouTube videos and television shows, just wait until they see them with their own eyes. You then head into Zambia to see Victoria Falls, the world’s largest waterfall, shared with Zimbabwe and known as Mosi-oa-Tunya or “The Smoke that Thunders.” You then head to the largest game reserve in Zimbabwe to cap off your family vacation.

You don’t need to limit yourself when planning your next international vacation with your family. You can look beyond the Caribbean resorts and American theme parks and fulfill that dream vacation with the kids in tow. Whether an African safari or a trip through Europe’s great cities, you’ll make memories as a family that’ll last a lifetime.