You’re going there? But it isn’t safe!

You can’t go there! You’d be supporting an evil regime!

I wouldn’t go there! I heard they hate foreigners, especially Americans.

These statements and others are some of the hardest to answer when you’re telling friends about an upcoming Globetrotting adventure. I’ve heard them all, and they’re usually meant well, but if I listened to everyone who tried to deter me from visiting a destination… I’m not sure I’d ever get on a plane.

I’ve written before about the shock and anxiety we can feel about travelling after a terrorist attack or when other forms of brutal violence are reported in the news. When it happens to a place we love, those feelings can hit hard. Last week (as I write this blog), they hit anyone who loves the beautiful and endlessly welcoming country of New Zealand as much as we do.

My first visit to Christchurch was in 2015, four years after the earthquakes that left large sections of the city in ruins. One thing that stood out from that visit though, was not just Christchurch’s energy, still living and thriving as a city, but a focus on the creative realization of its future. A long term project, to be sure, as I saw wandering the city’s many artistic projects, installed where local businesses had once stood. But even the city’s Re:START Mall – now closed since rebuild efforts have returned the city’s retailers to more permanent homes – had a palpable energy and optimism to it. I stretched out next to locals on oversized lawn chairs, snacking on a local food truck lunch. I watched the action in the converted shipping containers then serving as the city’s main retail hub, and more than anything, I felt glad I’d devoted two days of my New Zealand trip to this energetic city on the mend.

Christchurch now finds itself forced to mend again, this time from a tragedy brought about by an evil much darker and more insidious than a natural disaster. Part of what made Friday’s attacks so shocking was that they were an attack on the culture of acceptance, hospitality, and care that defines New Zealand. This of course was the whole point. It was an attempt to stoke our deepest fears and divide us, yet it also politicizes travel to New Zealand in the most active way. To step off the plane onto Kiwi soil now doesn’t just say, “I want to see a beautiful country full of amazing people.” It also says, “These acts do not define this country, and I am not afraid.”

I recently had the privilege of attending a talk by guidebook and travel show veteran Rick Steves, discussing travel as a political act. The grandmaster when it comes to opening Europe up for North American travellers, Steves has no doubt at all about the power of travel to affect positive political change. This comes more than anything, through the education offered by travel. There is no substitute for talking to local people, or seeing first-hand what defines their home country or city. Regardless of our own political beliefs, travelling with an open mind and ear is more than anything a chance to learn.

This goes beyond facts, figures, and history. It’s not about specific works of art or architecture, or food, or geography… even though travel can certainly teach us about all of that. It’s about understanding people in countries other than our own. How they approach life, feel about their own governments, histories, lives, and neighbours, and how they view us – a topic frequently distorted by stereotypes and media at home.

I’ve also written in the past about the ethics of visiting countries whose perceived cultural views or laws we don’t agree with, or whose governments we don’t support. This is a highly subjective topic, one that can even raise concerns about our own safety when visiting a particular destination. Is a particular country safe for a solo female traveller, for instance? How safe is it for LGBTQ travellers to visit countries with homophobic laws? Or to visit a society that adheres strictly to a religion you don’t observe? The answer varies according to both the destination and individual experience. Obviously, we don’t want to put ourselves at unnecessary risk, but we also don’t want to miss out on a great destination and a valuable experience because of unfounded fears or hearsay. Preparation and adaptability is part of safe and satisfying travel.

But what statement do we make when we visit a country where travel is controversial, or where there are calls for a boycott? This is a question many Globetrotters have wrestled with over the years in relation to Myanmar, Russia, China, Cuba, Israel, South Africa, and even Canada and the United States. When we visit a destination that’s in the news for the wrong reasons, are we endorsing or supporting a government or policy we morally may disagree with?

The answer can be more complicated than you might think. Refusing travel to a destination doesn’t just cut off our tourist dollars, it cuts off communication. That effectively limits our experience of the country to second-hand information gathered from news sources, and this can be far from the whole story. When we choose to stay away from a country that otherwise intrigues us, we deprive ourselves of the chance to learn first-hand some truth about that country’s situation, whatever it may be. Of course, none of us want our money to be propping up oppressive regimes. That’s why most reputable travel companies including Goway will endeavour to work with local businesses, including hotels and restaurants wherever possible, to ensure travellers’ money winds up in local hands.

Of course, only we as individuals can balance our desire to visit against our reservations and reasons not to. If we still can’t in good conscience make the trip and honestly won’t feel comfortable, we owe it to ourselves to learn as much as staying home will allow, which might mean stepping beyond our usual echo chambers and staple media.

By booking a flight to another country though, we make the very clear statement that we want to be open. That we want to communicate and learn, to take a small part of that country’s ‘spirit’ with us and leave a little of our own in its place. The New Zealanders have a term for this, manaakitanga. Hospitality, yes, but the word conveys something much deeper – an exchange we often seek when we travel, and the opportunity it provides us.

When fear prevents us from travelling, that opportunity is lost. If real safety concerns or political conscience prevent us from travelling, we must take care not to let assumption and unfounded speculation replace what we might have learned. The darkness and fear that exists in our world is undeniable, but we must not allow it to define our world. By continuing to travel, we demonstrate that we aren’t afraid to remain open, communicate, and learn.

Against forces that seek to close us off from others, travel remains an intensely political and extremely positive act. 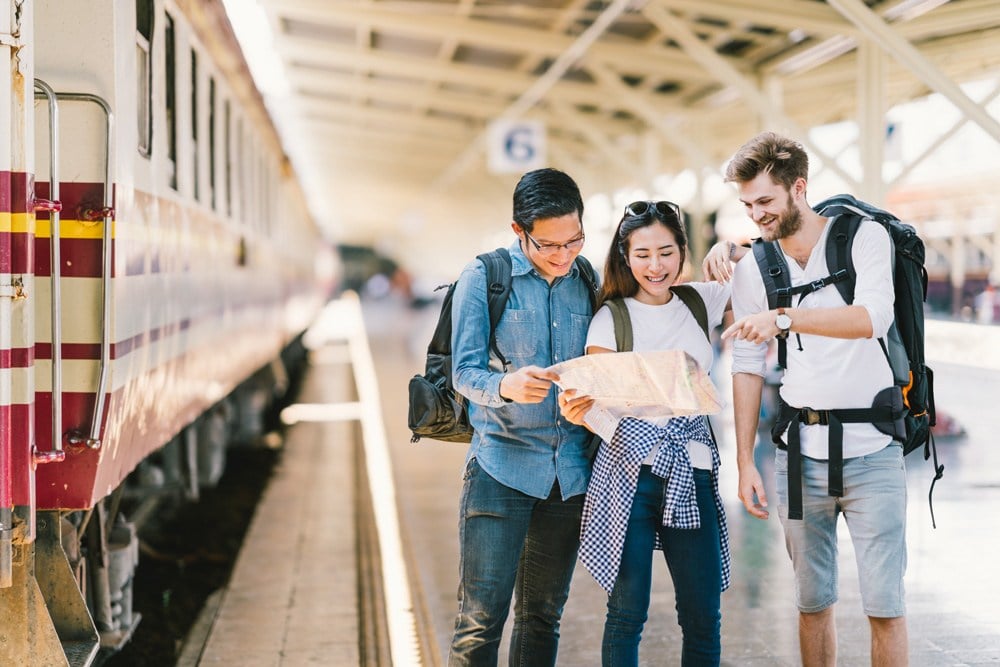