Although it’s small on the world map, South Korea has over 51 million citizens and a lot of culture to experience. You can wander through museums to see historical treasures and visit medieval palaces to learn about the country’s imperial past. However, it’s also important that you engage with Korea outside of museums and tourist landmarks. By engaging with the country’s traditions and doing as the locals do, on your trip to South Korea, you’ll not only get in touch with the essence of Korean life but also have some unforgettable cultural experiences to boot.

The following are our top five things to do in South Korea. We’ve focused on things unique to Korea and its culture – experiences you can’t have anywhere else – so if you work these activities into your next trip to Korea, you’re sure to have an unforgettable visit.

Stay Overnight in a Temple

Buddhism is central to Korea’s history and cultural identity. It first came to the nation in the 4th century and has influenced the nation’s moral character and philosophical worldview ever since. While you can easily visit Buddhist temples in the large cities like Seoul and Busan to see monks performing rituals, you can take your engagement with Korean Buddhism one step further with an overnight stay in a temple.

If you’re visiting Gyeongju City, you can stay at the nearby Golgulsa Temple (Stone Buddha Temple), located at the foot of Mount Hamwol outside the city. Here, you’ll experience a taste of the life of Buddhist monks as you learn to meditate, practice the traditional internal martial art of Sunmudo, and enjoy delicious, but modest vegetarian Buddhist cuisine. You’ll sleep within the spare accommodations, get up early in the morning to observe the monks in the midst of their rituals, and even have the opportunity to explore the only temple cave in Korea. If you want to truly experience Korea’s Buddhist heritage, a stay at Golgulsa is for you.

Engage in a Korean Tea Ceremony

While staying at a temple, or in Seoul or one of the other cities, you can take part in a Korean Tea Ceremony or darye, which literally translates as “tea rite.” It’s one of the cornerstone rituals of Korean culture and a great way to adjust to the rhythms of traditional Korean life, on your trip to South Korea, and experience a common thing like tea in a whole new way.

Dating back over a thousand years, the Korean Tea Ceremony faded away from the culture over the centuries, but became common again following the Korean War. It’s important to know that the Korean Tea Ceremony is not a light chat over tea and snacks, but a formal ritual that engages with centuries of tradition. Usually, it separates people by genders and is held in silence, as the tea server goes through a series of actions involving unveiling the tea pot and cups, cleaning the cups with hot water, preparing the tea in a specific way, and eventually offering the tea to the guests. Men and women are meant to drink the tea in different ways, but don’t worry if you don’t do everything perfectly so long as you are respectful and follow the server’s instructions. A Korean Tea Ceremony is something you cannot experience literally anywhere else in the world.

Did we mention that the shopping in Korea is out of this world? Well, it is. Seoul is one of the best shopping cities in Asia and you could spend many days exploring all the traditional markets, food stalls, and electronics malls that it has to offer. There’s no more popular market in the country than Namdaemun Market, literally meaning the Great South Gate Market. With history dating back to the 15th century, Namdaemun is the oldest and largest market in the country. It’s the perfect spot to shop for clothing, kitchenware, and trinkets to take back home as souvenirs.

If you’re specifically interested in clothing shopping, on your trip to South Korea, you’ll find no better place than Dongdaemun Market, which is spread cross 26 different malls and features around 30,000 specialty shops selling all manner of fashions and styles. Part of the appeal of Dongdaemun is that cutting-edge designers test out their new styles here, selling only a limited bunch of clothes to see if a new trend is popular. If you want classic textiles, head to Gwangjang Market, which is one of the oldest traditional markets in the city. Beyond the textiles, the market is also home to some great street food stalls, which attract people from all over the city. If you want a snack in the midst of shopping this is a great spot.

We also need to mention electronics, as affordable electronic goods and gadgets are unique to the Korean shopping scene. The best place to find these products is the Yongsan Electronics Market, which is not a traditional market, but instead a series of malls with electronics vendors selling you all manner of computer parts, cellphone accessories, movies, and video games for incredibly cheap prices. The vendors can be a bit boisterous in their attempts to sell to you, but remember that the bartering and noise is all a part of the fun of Korean shopping.

The food in Korea is something special. When you’re visiting Korea, you need to take advantage of every opportunity to try out delicious Korean foods. In particular, you should have at least one dinner of Korean BBQ or galbi. This delicious, meat-heavy style of cooking features all manner of meats cooked over a specialty circular grill and served with spicy sauce wrapped in lettuce leaves. You’ll find gogi-jip or meat houses on every corner, so it’s not hard to find Korean BBQ while in Seoul and other Korean destinations. If you’re looking for a trustworthy gogi-jip chain, head to Wangbijib or Maple Tree House Itaewon, which are foreigner-friendly, clean, and promise a good experience of Korea’s delicious BBQ.

You also need to try some classic Korean specialities like bibimbap and bulgogi while in Seoul. Bibimbap is a rice, vegetable, and meat mix that is usually topped with spicy red bean sauce and a fried egg, and often served in a hot stone bowl that continues to crisp the rice and veggies as you eat. Bulgogi is a delicious garlic marinated beef saute that is incredibly addictive; you’ll want to eat it every meal once you’ve had a taste.

Also, be sure to try some street foods, especially in places like Gwangjang Market. In particular, try the spicy rice cakes known as ddeokbokki. It’s also hard to go wrong with a visit to a chimac joint, which is all about the immortal combination of fried chicken and beer. You choose what type of sauce you want coating your fried chicken and enjoy a pitcher of popular lagers like Hite. Also, be sure to try the side dishes like kimchi that are served with every meal; the spicy, fermented flavour takes a bit of getting used to, but once you are used to it, you’ll be hooked. (Kimchi is also extremely healthy to boot.) And if you want to have some real fun, drink some soju. Just be careful as this clear, relatively-flavourless alcoholic beverage is easy to drink, but has a high alcohol percentage, so you can find yourself having a little too much fun pretty quickly if you drink too fast.

It wouldn’t be a complete list if we didn’t include the Demilitarized Zone that separates South Korea from its northern neighbour. With all that you hear about North Korea in the news, it’s impossible to not be curious about what goes on in this sequestered Asian nation. At the DMZ, you can get a glimpse into North Korea, learn about the difference between the Koreas, and even stand at the border, where South Korean soldiers are on guard every second. It’s a fascinating spot unlike any other border on the planet, so you’ll want to make sure to see it while in Korea.

There’s so much more to see and do on a trip to South Korea than these five things we’ve listed, but these experiences promise you something uniquely Korean and unforgettable on your visit to this Asian nation. 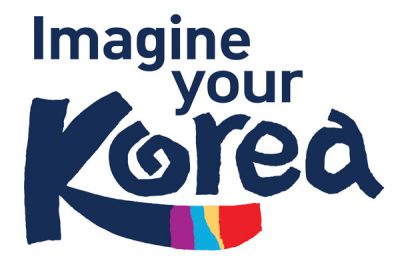