We may not want to admit it, but money dictates most of our travel decisions. Everyone would love to stay at a 5-star resort in a tropical paradise for two weeks, but our bank accounts rarely allow such indulgences. So how do you get around the monetary restrictions of travel without resorting to visiting only budget destinations? By knowing the destinations where your money will go a long way. 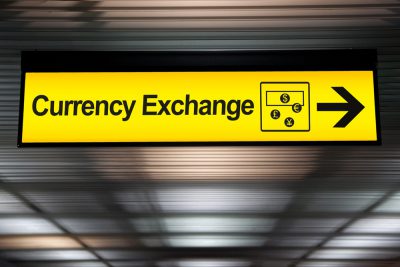 Exchange rates are always fluctuating, but if you pay attention to upward trends, you can take advantage of a high exchange rate with the Canadian dollar and get more for your money in incredible destinations around the world. To help you figure out which countries have the most advantageous exchange rates for Canadian travellers, we did some research and came up with the following six destinations where your money will go a long way. We took into account exchange rate trends and the average cost of travel when compiling this list, understanding that certain countries will always be affordable regardless of the exchange rate.

It’s also important to mention that we’ve focused on the exchange rate of Canadian dollars. However, if you’re an American, remember that the US dollar is worth around 25 percent more than the Canadian dollar at the time of writing, so these destinations that are affordable for Canadians will be even cheaper for you.

If you heed our advice, you’ll be able to explore stunning destinations while saving on the cost of your trip. Taking an unforgettable vacation for an affordable price is simply a smart thing to do.

Of course, it’s important to understand that many tourist experiences are valued against the US dollar in Argentina, meaning that the price is inflated in order to keep costs stable and tourism profitable. For instance, if you’re heading to a popular tango show in the evening in Buenos Aires, the price will be determined in US dollars. This means that certain experiences in Argentina are more expensive than you’re led to believe from looking at exchange rates and cost of living.

That being said, Argentina remains significantly more affordable than Europe and has many of the same cultural attractions. As well, there is no VAT (Value Added Tax) on hotel rooms to foreign tourists, which encourages travel. Take advantage of the strong Canadian dollar to head to Buenos Aires to admire the Art Deco architecture, marvel at the millions of gallons of water pouring off Iguassu Falls, or hike through the glacial landscapes of Patagonia. There’s a lot to love about Argentina and the strong value for your money makes the destination only more appealing.

After a few years of dwindling tourist numbers, Egypt has roared back into the limelight and has regained its position as one of the most popular destinations in Africa and the Middle East. The country has even landed on CNN’s recent list of the safest countries in the world, which should put to rest any notion of it being an unsafe travel destination.

Beyond the tourism resurgence and the country’s safety, one of the most attractive aspects about travelling to Egypt right now is the strength of the Canadian dollar against the Egyptian pound. One CAD gets you 13 EGP, which is double the exchange rate from five years ago. Again, inflation has a part to play in this favourable exchange rate, but it’s still a very advantageous ratio for a country that many people place on their bucket lists. Considering that a mid-range meal in a restaurant will set you back around 300 EGP for two people, you’re looking at a lot of savings.

Flights to Egypt and pre-arranged tours to the pyramids or cruises along the Nile will be listed in Canadian and US dollars, but most expenses within the country will be in Egyptian pounds, giving you more buying power when you experience the local flavour of the country. This means that whether you’re bartering for rugs or pottery in Khan el-Khalili Souk in Cairo or dining on ful medames in a small restaurant, you’ll get more for your money.

Eastern Europe has long been affordable for travellers used to the pricey attractions of Paris or London. The major expense is the airplane ticket, and after that, everything from hotels to restaurants to tourist attractions are around half the cost of the same things in Western Europe. If you want to stay in a 4-star hotel in the heart of Budapest, do it! You’ll still be saving around 50 percent of the cost if you were staying in the same chain in Vienna or Berlin.

Furthermore, the Canadian dollar has held steady with an advantageous exchange rate of 1 CAD to 212 Hungarian forint, which makes your trip even more affordable. Some things are exceptionally affordable in Hungary, such as beer, which will put you back around 400 HUF for a pint in a bar or restaurant. Meals are a little more expensive, as a three course meal at a mid-range restaurant will cost you around 8,000 HUF for two people, but that’s still a fraction of what you’d be paying in Paris, where you’d likely be charged around 100 EUR if you’re having wine with your meal.

The affordability of a Hungarian vacation may make you think that it’s less appealing than its western counterparts, but don’t let the price fool you. Hungary is home to many treasures, from the historical wonders of the Austro-Hungarian Empire that you’ll find in Budapest to the natural beauty of the Danube River. And the food is great to boot, as there are few dishes as satisfying as a bowl of Hungarian goulash. Take advantage of the strong exchange rate and see Hungary on your next trip to Europe.

The countries down under are comparable to Canada and the United States in a lot of ways. Australia and New Zealand are immigrant nations with governmental roots in Britain, have citizens that speak English, and boast gorgeous landscapes with a wide variety of geographies, much like Canada and the US. The money even has similar value. However, in recent years, Canada has had a favourable exchange rate with New Zealand, with 1 CAD valued at around 1.15 NZD and on the upward climb for the foreseeable future.

A New Zealand tour is not a budget vacation, but it can be more affordable if you take advantage of the current exchange rates. Considering that you’ll likely be spending a long time in the country if you travel on a vacation here, the small bonus gained from the exchange rate will compound over time and likely end up saving you a lot more money than you’d expect. Since most every traveller wants to venture along Milford Sound, gaze upon the Pohutu Geyser, and cruise the Bay of Islands, knowing that you can save a bit of money while fulfilling the journey of a lifetime is even more reason to take that New Zealand vacation sooner rather than later.

Tanzania is ground zero for great safari experiences. As the home of the Serengeti and Mt. Kilimanjaro, it can lay claim to the two most popular and iconic natural landmarks on the whole African continent. However, with this popularity comes a cost and an undeniable fact: safaris are expensive. There’s no way around the high costs of staying in game lodges and heading on game drives to see the Great Migration or cheetahs racing after prey. Even if you could save money on a safari, the magical experience would likely be diminished.

However, if you want to extend your Tanzanian safari with a stay in Dar es Salaam or on Zanzibar Island, the favourable exchange rate between Canadian dollars and Tanzanian shillings will come in handy. One CAD gets you around 1,750 TZS, which you’ll use if you’re bartering in markets, eating at local restaurants, or paying for a boat ride around the ports of Stone Town. At the game lodges, US dollars are the expected currency for booking costs and even tips, but in the bustling locales of the nation, the TZS is what you need. A Tanzanian safari will always be pricey, but a vacation to the cities or coastline of Tanzania can be surprisingly affordable, especially with the favourable exchange rate.

Perhaps including Vietnam on this list of nations with favourable exchange rates is a cheat because the country is such a famous budget destination. But there’s no denying that the Canadian dollar will go a long way on a Vietnam vacation. One CAD garners about 17,800 VND, which can pay for half of your meal at a street food stall or most of your pint of beer. Let’s even assume you’re not backpacking and staying in hostels that’ll cost you little more than the price of a modest meal in most countries, and that you’re wanting 4-star comforts and fine dining each night. You’ll still find Vietnam affordable and your dollar going a long way.

A three-course meal at a mid-range restaurant will run you back around 400,000 VND, which comes out to 22 CAD for two people. If you’re going truly fine dining, double the cost and you’re still only spending about the price of one entrée at a premium restaurant in Canada or the US. The value of the Canadian dollar in Vietnam lets you indulge yourself and extend your Asia vacation, which is important as there’s a lot to see in this deceivingly-small country.

Spend at least half a week in Hanoi and take an overnight trip to Halong Bay and a day trip to Tam Coc or Sapa before heading down to Hue, Danang, and Hoi An. After a couple days of exploring imperial cities and enjoying the famous sands of China Beach, continue south, stopping off in the eclectic mountain city of Dalat to uncover one of the country’s hidden gems. End your time in Ho Chi Minh City, where you can stay in 5-star hotels and dine on wonderful Vietnamese cuisine while experiencing the famous bustle of the city. At the end of this comprehensive vacation, your bank account will come out of the trip stunningly robust and largely intact. There is simply so much to do here and the strong exchange rate empowers you to see as much of the country as your time affords.

These are by no means the only nations where the Canadian (and American) dollar goes a long way, but they are six incredible countries that would be attractive destinations even without the favourable exchange rates. That you can get more for your money in these six countries simply sweetens the deal. The next time your heading on vacation, consider these six nations where your money will go a long way. You’ll take it easy on your bank account and still end up having an unforgettable journey.