The craggy Cape Kidnappers Peninsula looms over the golden sands at Ocean Beach, popular with surfers and families who must have to watch for both soaring birds and wayward golf balls.

While birdies and eagles are synonymous with the game of golf, only on New Zealand’s iconic Cape Kidnappers will you find rare birds and rarified golfers sharing the scenic cliffs at one of the world’s most stunning seaside golf courses.

Designed by Tom Doak, the world-renowned golf course at Cape Kidnappers is ranked one of the best in the world and is a bucket list destination for international golfers.

Set alongside this spectacular cliff-top golf course, The Farm at Cape Kidnappers is a five-star rural retreat – its striking setting, elegant lodge, gourmet restaurant and full-service spa sit atop 2,425 hectares of rolling pasture land in the middle of a real working farm.

Cape Kidnappers – said to have be named by explorer Captain James Cook after a botched kidnapping attempt back in 1769 – is also home to the largest mainland gannet colony in the world. From September to April, Gannet Safaris Overland Tours head high to the top of the lofty cape to offer great views of these amazing rare birds nesting, preening, flying and performing the famous recognition ritual “dance of the gannets.”

From rare gannet tours to world-class golfing, dramatic cliff-top hiking to luxurious spa treatments, my favourite thrill-of-a-lifetime experience is the Cape Sanctuary Kiwi Discovery Walk. Guests of The Farm at Cape Kidnappers get an exclusive close-up visit with New Zealand’s rare Kiwi bird. In fact, very few New Zealanders have had a chance to see their treasured national bird in the wild.

The Kiwi is a semi-nocturnal and secretive bird. These flightless birds – the sole survivors of an ancient order of now extinct birds – are an endangered species.

“Cape Sanctuary is a wildlife restoration project and in 2008, the first North Island brown kiwi birds were released here,” explains our guide as we follow her to the bird’s habitat. “We currently have over 150 Kiwi on the property, ranging in age from less than one year up until 12 years.”

Our experienced guide quickly locates a nest burrowed in the ground and pine needles. We watch her weigh and measure a rather homely but cuddly Kiwi, covered in coarse, bristly, hair-like feathers. I even get to hold this rare creature in my hands, before 5-month-old “Eclipse” is gently released back to his nest. 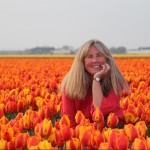 Janie Robinson has been a story-teller for many years, first on television and now as a travel writer, videographer and photographer. Janie's travel media company, J-Walk Travel Media Productions, is committed to original and engaging story-telling for print, web, radio and television travel. Since 1980, Janie has developed a varied and successful media career, creating travel stories and web videos.