On Saturday, April 7, 2018, Goway joined with thousands of other conservationists in conquering the CN Tower during WWF Canada’s annual CN Tower climb. This fundraising event on Saturday and Sunday saw more than 7,000 people volunteer to climb 1,776 steps up to the observation deck of the tower in order to raise funds for WWF Canada and their incredible conservation efforts.

Goway brought a team of 10 individuals to conquer the tower, with each team member raising at least $100 for WWF Canada. Once the funds were raised, the team arrived at 7:30am on Saturday morning to join the lines waiting to run (or slowly walk) up the tower. Once the climbers passed through check-in, they began their race to the top, with some members reaching the observation deck in as little as 21 minutes. All 10 members of the Goway Globetrotters team finished the climb and were greeted with heroic cheers and much-needed glasses of water before being free to enjoy the view and take the elevator back down to the ground.

It might not sound hard to climb the staircase of a building, even one as large as the CN Tower, which tops out at 553m, but there’s a big difference between jogging 500m on a horizontal race track and climbing 500m step by step.

All told, it takes 1,776 steps to reach the observation deck, which sits 342m above ground. The staircase itself is a concrete shaft that’s sheltered from the elements but hardly warm. It runs alongside the inside of the concrete wall of the tower, with a fence separating the staircase from the concrete abyss—and making sure that no one can lose a pair of glasses by glancing over the edge. The metal stairs themselves have the sort of see-through grating that you’ll find on fire escapes and that wreak havoc on people who have a fear of heights (of which there were a few on the Goway Globetrotters team). Luckily, you couldn’t see outside the tower during the climb, or else more than a few climbers would’ve likely been paralyzed with fear.

Although the actual climb starts at the foot of the tower, there’s a process beforehand since several thousands of people climb each day. After signing in at the Toronto Metro Convention Centre and checking your bag, you acquire a time chit wristband that’ll record your climbing speed once you start up the tower. You then make your way outside and across the John Street Pedestrian Bridge over the railway tracks to the CN Tower entrance, pass through security scanners, and head inside. Once at the base of the tower, you scan your time chit and begin your climb, knowing that every second passed counts towards your total. Once you get to the top of the tower, you scan your chit again, and then have a few more staircases to climb to get to the observation deck and the adoring roar of the crowd.

The actual process of climbing the CN Tower is not impossible, but hardly easy. In fact, around 20 percent of climbers on Saturday and Sunday never reached the top of the tower, tapping out and returning to the ground instead of continuing on to the observation deck. It’s easy to see why so many people didn’t complete the challenge. Climbing over 1,776 stairs is hard!

If you’ve ever climbed to the 15th floor of a condo building when the elevator is out, you know it’s a pain to climb hundreds of stairs in one go. Now remember that pain of climbing those 15 flights of stairs and times it by 10 because that’s what it’s like to climb the CN Tower. To get to the observation deck, you had to climb 144 flights of stairs, with no water breaks along the way. You could stop at each landing for a break, but maintaining momentum was almost as important as speed and leg strength during the climb.

While there were some go-getters who decided to sprint up the first few dozen flights of stairs, the vast majority of climbers chose to walk up at a steady pace beginning to end. In fact, many people who sprinted up the first few flights found their energy fading far faster than they had imagined, forcing them to take a hearty break on one of the landings to regain any momentum. Running up the entirety of the staircase is near impossible, but even walking up is harder than it sounds.

Perhaps the first 30 or 40 flights of stairs are easy enough, but once you get around the 60th flight, your lungs will be burning and your legs fighting you ever step of the way. You can stop to catch your breath, but your body might want to surrender if you give it even an inch. By the time you get to the 120th flight, you’ll be begging to stop, only continuing because you know that each step you take is one step closer to the end. It won’t be easy and your body will be hurting, but you’ll eventually make it.

In fact, the hardest part of the entire trip up the tower might be the final half-dozen flights after you’ve technically reached the top and scanned your time chit to end the race. Right after you’ve sprinted up the last few steps, you scan you chit and are met with a “Congrats!” But then you’re ushered into another stairwell and have to keep climbing another half-dozen or so flights to get to the observation deck! It’s a punishing epilogue to an arduous journey. But at the end, when you head through the doors onto the observation deck and are met with cheers and the big WWF Panda giving you a high-five, you’ll be glad you did the climb.

When you take on a challenge like climbing the CN Tower, you have to do it for a good reason. Luckily, supporting the WWF in their campaign to protect endangered wildlife species and preserve habitats across the planet is as good a reason as you can get to put your body through the ringer. WWF Canada has worked to protect the natural environment and the wildlife who inhabit it, for over half a century.

This year’s climb raised a record total $1.44 million for WWF Canada. This money will go to WWF Canada’s work to “stop the degradation of the planet’s natural environment and to build a future in which wildlife, nature and people thrive together.” In particular, money raised by the CN Tower climb will fuel efforts to ensure a sustainable future for the Arctic, support the transition to sustainable seafood and ocean economies, help protect Canada’s abundant resources of freshwater, and combat the habitat and population loss of vulnerable species across the world. 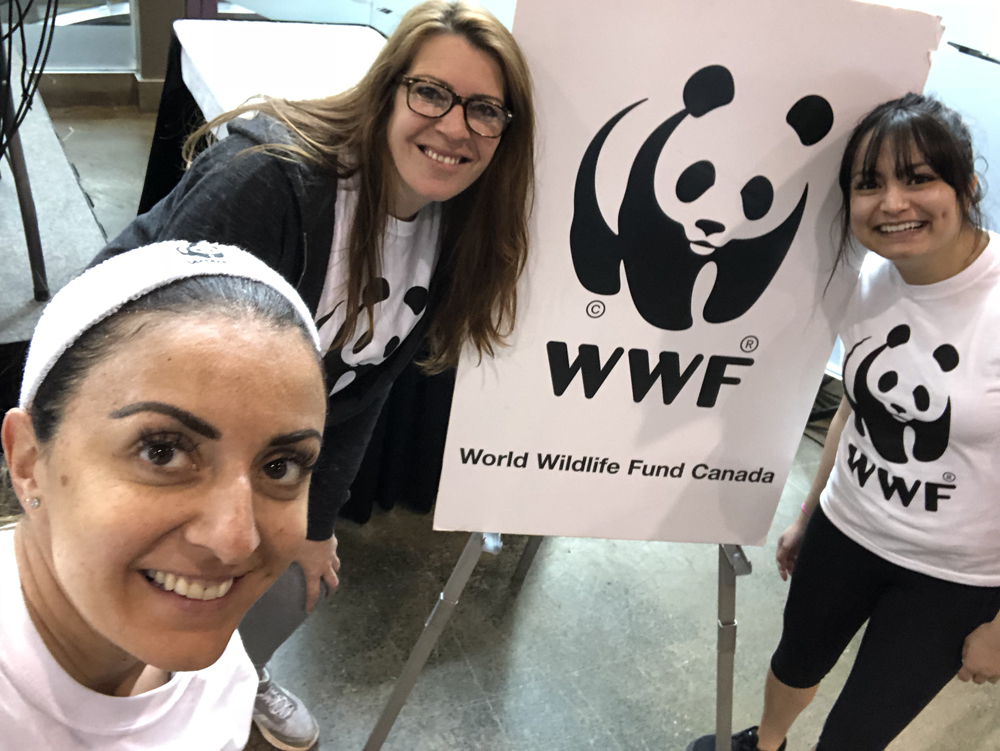 Whether we are partnering with rhino conservation efforts in South Africa, helping to rehabilitate parts of our densely-populated downtown core, or climbing the CN Tower to support WWF Canada, Goway is committed to making an impact in our communities and working towards a more sustainable environmental future for our planet. Climbing the CN Tower was a fun challenge and one more little way we can work to help protect the planet we love to travel.