Goway Travel and Thompsons Africa have partnered for a great cause – Rescued Rhinos @ HESC, South Africa.

Both black and white rhino populations in South Africa are under serious threat due to poaching. This barbaric and illegal practice has sky rocketed since 2008, increasing from an average of ten to twenty rhinos poached a year to a devastating 668 in 2012 to over 1054 in 2016 (WESSA’s Rhino Poaching Stats). The dramatic increase in poaching incidents is directly related to the incredibly high black market value for the horn, which is used for various medicinal and ornamental purposes.

Hoedspruit Endangered Species Centre (HESC) has experienced first-hand the heart-break and devastation as a result of rhino poaching after their beloved hand-reared rhinos, Ronnie and Lahliwe, were killed by poachers in 1994.

“On 30 August 2013, when a reserve discovered that poachers had struck them and three of their rhinos had been darted and dehorned, we stepped in to offer our expertise and a home for the treatment and protection of the two female rhinos that had survived. Unfortunately, the bull rhino was not as fortunate.

“Due to this increase in the number of rhinos killed, it has become essential for us to expand our current facilities. And in so doing, we will provide land, facilities as well as support in the rescue, relocation and care of orphaned, traumatised and injured rhinos. At such a critical time, each and every individual rhino becomes important to ensure that sufficient animals are protected to conserve the genetic viability of the species. It is essential that wounded and orphaned rhinos are given a second chance, whatever the cost.” 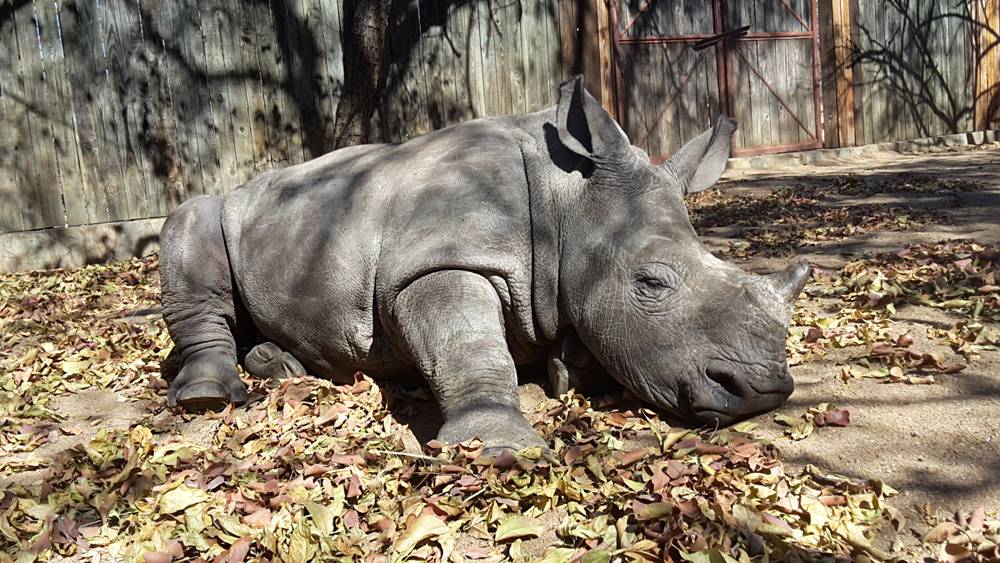 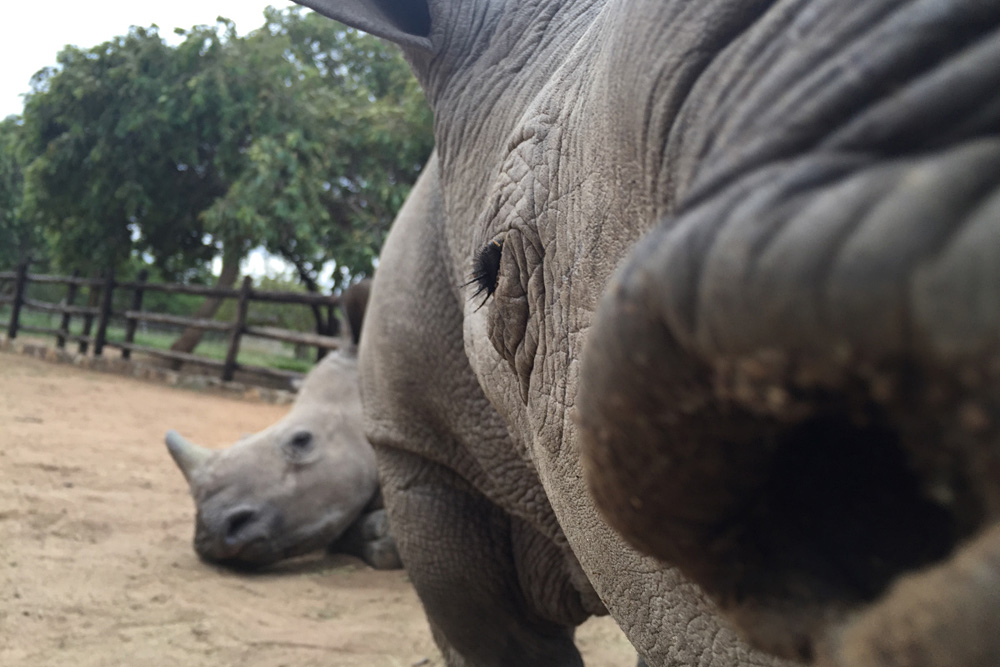 All funds raised through their Rhino Fostering Program are channeled directly into the Rescued Rhinos @ HESC, South Africa.

On a visit to Hoedspruit recently, Linda, of Thompsons Africa, stopped in at the Rescued Rhinos @ HESC and spent time with Head Curator, Christo Schreiber, and Assistant Curator, Linri Janse van Rensburg, who she described as being “super professional.”

A curator’s role is immense… they check the rhino enclosures daily in the morning before opening and at the end of the day again, making sure there is enough water and lucern (require double the amount of lucern in winter months). They are responsible for rhino vet check-ups for both baby orphans and victims. The orphans each have their own bottle feeding times depending on their ages, and on arrival they are monitored and accompanied by a curator throughout the night. The youngsters are fed every three hours which gradually becomes less often as they get older. In cases of rhino victims,  regular post-operative care procedures are required. All the rhinos are in different enclosures, each of which is vast, ensuring as natural an environment as possible.

Our partners and friends, Thompsons Africa, have partnered with Goway Travel to support this worthy initiative, and we are so proud to have handed over a cheque to the value of ZAR 80 000.00 to Rescued Rhinos @ HESC at Indaba 2017.

Article has been modified for Goway Travel. Article and images provided by Thompsons Africa.