A funny thing happened recently… a country at the top of South America started showing up at or near the top of most major travel publications’ “Best Trips of 2017” lists. Colombia, a country that had long been avoided in favour of Brazil, Ecuador, and Peru, was suddenly finding itself the belle of the ball – enticing many travellers to now consider a Colombia vacation.

There are many reasons why Colombia is emerging from the shadows of its neighbours to become the star of South America. Chief among them is its changing political situation, but you also have to consider the short flight, the lack of jetlag for North Americans, and the fact that 1 USD equals almost 3,000 Colombian pesos, as major contributing factors. (Avianca offers non-stop flights to Bogota from New York City, Washington, Orlando, Fort Lauderdale, or Miami, or connections via El Salvador for most North American cities.)

If you have any understanding of world history, you’ll know that Colombia used to inspire a lot of negative associations. The government had been in conflict with the FARC, a group of communist guerillas hiding out in the jungle for over 50 years, meaning that the political situation existed on the margins of civil war for half a century. As well, in the eighties and nineties, Colombia became ground zero for the War on Drugs, as the nation engaged in a war against Pablo Escobar, the most notorious drug kingpin on the planet. These cycles of violence epitomized Colombia for much of the world. Luckily, these struggles are things of the past.

In November 2016, the Colombian government and the FARC signed a peace deal that would bring an end to over 50 years of conflict. President Juan Manuel Santos won the Nobel Peace Prize for his efforts. This peace deal has created an atmosphere of hope in Colombia. The feeling is palpable in the streets, flowing through the cities like a warm spring wind at the end of a cold winter. Instead of violence and uncertainty, Colombia now pursues peace and reconciliation. And as a result, the country has become a whole lot more inviting to Globetrotters eager to explore its bright city streets and energetic culture.

In fact, many cities are proactively spreading this message of change and a new day in Colombia. Medellin, erstwhile home of Pablo Escobar, is now home to social transformation projects that are promoted as unique experiences for Globetrotters. For instance, you can tour Comuna 13, which used to be the country’s most notorious neighbourhood. Today, it is home to a growing community and an outdoor escalator that connects the residents to the centre of Medellin (in place of a half-hour energetic hike uphill). Medellin is focused on connecting its residents and fostering community through Library Parks that offer green spaces and recreational facilities for communities to join together in sport. Visiting neighbourhoods like Comuna 13 offers a glimpse into Colombia’s tangible growth and offers inspiration for a better tomorrow.

This turn towards reconciliation with the country’s rebels has coincided with a cultural boom in Colombia’s largest cities. For instance, the capital of Bogota has seen a growth in restaurants, boutique hotels, and craft brewers, leading to a cultural resurgence that appeals to the country’s young folks as well as international travellers enjoying a Colombia vacation. As well, the city has taken a radical approach to graffiti that might seem counter-intuitive to some, but has also resulted in a vibrant street culture you won’t find anywhere else. Instead of cracking down on graffiti artists, the municipal government decided to decriminalize graffiti. This allowed artists to work in the middle of the day without fear of reprisal, resulting in gorgeous murals across the city instead of rushed works done in the dead of night. As a result, Bogota is now ground zero for some of the best street art in the world.

In Medellin, the city has worked hard to loosen itself from its Pablo Escobar-controlled past. Today, a focus on local art and tourism has begun to share a new face of Medellin with the world, one that is enthusiastic and friendly and worlds away from the grim stories of the past. Don’t miss Antioquia Museum to see a vast range of Fernando Botero’s satirical paintings and sculptures (and there are plenty of full-scale sculptures in the plaza outside). The number of works this Medellin native created is staggering and his unique style is as impressive as his talent with a brush.

Even the smaller centres are adopting new approaches to life and culture. The town of Pijao has joined the Cittaslow movement, an Italian organization that encourages slowing down the urban pace to improve quality of life, health, and culture. In Pijao, this effort coincides with eco-tourism to encourage travellers to live like locals and respect the natural environments they visit – something that we at Goway heartily support.

Another highlight of Colombia is the coffee, which has always been incredible. The country produces the third most coffee in the world, and the largest amount of the ubiquitous Arabica bean. However, traditionally most of the good beans were exported to the United States, France, and Japan, meaning that a cup of Joe in Bogota or Cartagena often didn’t live up to its promise. Luckily, the coffee culture is starting to focus more on serving locals, meaning that you can enjoy a mean cup of coffee from incredible bistros most anywhere you visit on your Colombia vacation.

A Wealth of History and Culture

While the cultural boom in Colombia has contributed to the country’s growing appeal, it’s always been an attractive destination. A large part of its appeal is its history. This is a country where buildings are old and you’ll discover a fascinating story around whichever corner you turn. If you want to discover the country’s history and enjoy its architecture, your first stop should be Cartagena. Cartagena sits on the Caribbean coast and has long been the jewel of the nation. Its colonial architecture bests any in the Americas, while the tropical climate and accessibility to the ocean make it a perfect beach getaway.

If you want something off the beaten track, head into the jungles to find Ciudad Perdida, Colombia’s answer to Machu Picchu. Ciudad Perdida (Spanish for “lost city”) exists deep in the jungles atop Sierra Nevada de Santa Marta and predates Machu Picchu by 600 years. It was only discovered in 1972. While the city was mostly inaccessible during the years when the FARC guerillas occupied the jungle, Ciudad is now easy to get to and one of the most treasured sites in all of Colombia.

Another historical site you won’t want to miss on your Colombia vacation is the Salt Cathedral of Zipaquira. It’s a bit of a ways to get there (around an hour by car depending on where you leave from Bogota), but the journey is well worth it. You descend underground and pass through tunnels, following the Stations of the Cross, until you reach the breathtaking cathedral carved from walls of a salt mine.

For an authentic taste of Colombia, don’t miss a visit to Bogota’s Paloquemao Market in the early morning. The market is a great spot to try some of the unique fruits of the country while surrounded by eager shoppers, visitors, and business owners – many chefs also shop for their produce here. You’ll fall in love with the guanabana (known as sour-sop in other destinations) – a prickly green fruit that combines a creamy, soft flesh with a citrus taste.

The market as a whole is a perfect opportunity to sample all manner of Colombian foods, from fresh vegetables and fruits to seafood caught all over the country. Don’t forget to try arepas, a cooked corn dough that’s deliciously stuffed with cheese or egg in typical variations. They’re akin to tortillas in Mexico or baguettes in France. Don’t be afraid to try out a few words of Spanish at the market, as the vendors will appreciate the effort, even though a friendly smile and an enthusiastic point will normally have the vendors smiling in return and offering a taste of their produce.

Wilderness Where You Don’t Expect It

While it’s the colonial architecture, the colourful food, and the friendly people that are Colombia’s main attractions, the country also has incredible wilderness to explore. In the country’s north you can find Tayrona National Park, which boasts palm trees, sandy beaches, and turquoise lagoons. The park is a great jumping off point to reach the islands of Providencia, Santa Catalina, and San Andres. While the islands are covered with coconut plantations and large beaches perfect for sunbathing, their surrounding reefs are the true attraction. The coral reef off Providencia is part of the third-largest reef system in the world and boasts all manner of underwater features, from colourful sea life to the sunken wrecks of privateering vessels and pirate ships.

In the Corcora Valley you can see the tallest palm tree in the world, while in the Natural Serrania de la Macarena National Park you can see the Cano Cristales turn shades of green, yellow, and red caused by minerals in the water, as well as the presence of red algae. Cano Cristales is often considered the most beautiful river in the world, so it’s worth a pilgrimage to south-central Colombia to see it for yourself.

Colombia has turned a page and is ready to light up the travel world as South America’s hottest destination. The country’s appeal is an open secret in the world of travel and its star will only rise in coming years. So beat the crowds and be the first of your friends to explore this Latin American destination on an unforgettable Colombia vacation. 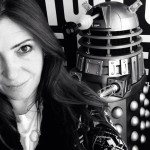 General Manager, Marketing at Goway Travel - Emma has lived throughout the USA including seven years in Philadelphia, where her daughter was born, New York, Chicago and Houston. A passion for learning languages has taken Emma through France, Germany, and Brazil (we understand Portuguese is best learnt on a tropical beach!). Her favourite travel moments include walking down the Siq at sunset past candles to catch her first glimpse of Petra, and a barbecue on Phillip Island, Australia. Her favourite destinations are Jordan, Brazil, and her native England. Best city to visit? Medellin, Colombia.