Helping to fulfill a probable travel wish on your bucket list, Goway’s 12-Day Magic of Africa – Holiday of a Lifetime carries the “promise of something special,” as it captures the essence of southern Africa.

One such “magical” encounter is spending two nights at the luxurious Elephant Camp Lodge in Victoria Falls. The camp is home to the Wild Horizon elephants, which guests have an opportunity to interact with during their stay.

Below is a synopsis (edited) from Wild Horizon and their work with these beautiful creatures.

Wild Horizon’s involvement with domesticated elephants began in 1992, when offered an initial herd of 4 elephants in need of a new home. Jock, Jack, Jumbo, and Miz Ellie were derived from culling operations in the 1980s. At the time, the Zimbabwe Parks and Wildlife Management Authority (ZPWMA) were used as a management tool to reduce the population of elephants within Zimbabwe’s national parks to an acceptable level. These four elephants, together with many other young animals captured during the culling operations, had been sold to a local Zimbabwean farmer, and after spending a few years on this farm, had outgrown the property and so a new home was needed for them, which would be more suitable.

Wild Horizons was identified as a potential candidate who would have the resources and conservation ethic to provide a home for these animals, and after careful consideration of the alternatives, it was agreed that Wild Horizons would create a facility that would enhance the lives of these elephants, as well as ensuring a safe haven for any other orphans in need of care.

The practice of population control (culling) is no longer carried out in Zimbabwe, however, there are still many juvenile orphaned elephants being distributed within the country at various sanctuaries and private reserves, and many in desperate need of rehabilitation.

The Wild Horizons Wildlife Sanctuary was created when these four elephants were introduced to visiting guests as part of their stay, and so a larger elephant facility was needed. Close to Victoria Falls, it is considered a safe haven for distressed elephants and is enjoyed by tourists. 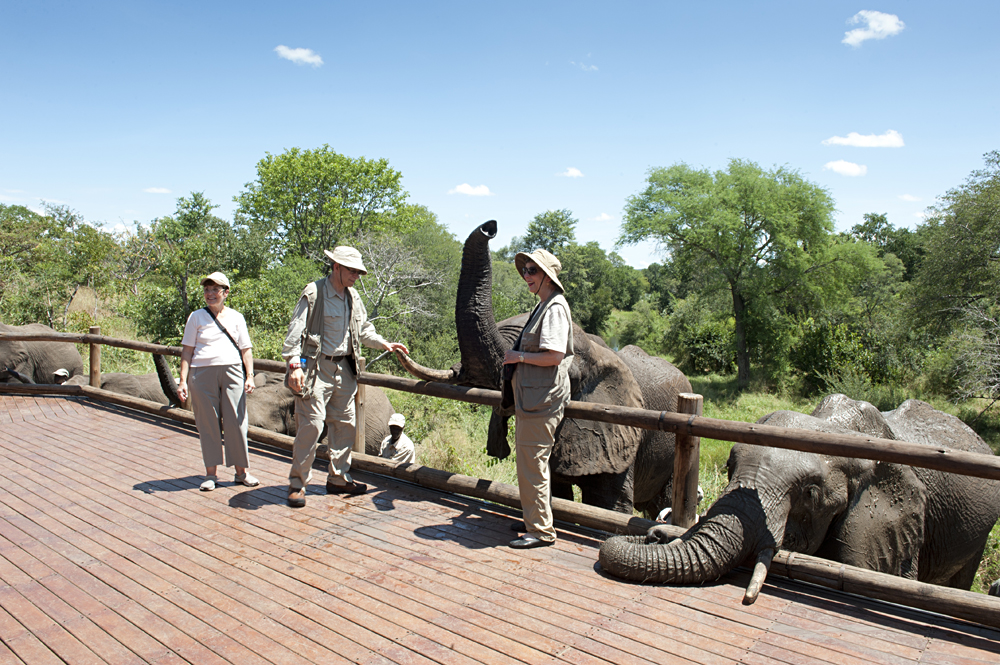 As the Wild Horizons Wildlife Sanctuary developed, more elephants that had suffered the same fate as Miz Ellie, Jock, Jack, and Jumbo arrived on the property, as word spread that a facility existed to take them in. The four founding members of the elephant herd were joined by other orphans, as well as juveniles and injured elephants.

Like most wild animals that are domesticated, when young they are appealing to their owners, but as they grow, most ultimately become difficult to manage, and need to end up in a facility that is capable of handling their needs. Unfortunately even newly-born elephants have the potential to injure humans with their boisterous behaviour, and in order for staff to be able to handle the elephants in their care, some level of training and mutual trust is required.

In order to take care of the elephants’ various costs such as food and veterinary bills, guests were invited to take part in an elephant back safari with older members of the group.

Over time, only the highest ethical standards were adopted, along with worldwide training methods. These became the model that Wild Horizons operates by today. 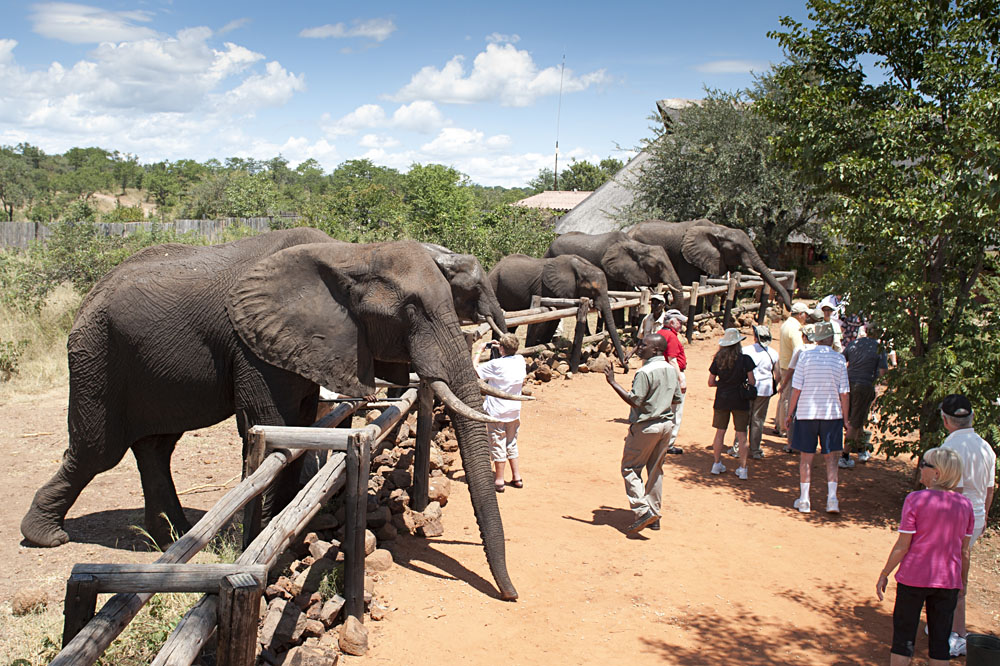 The Ultimate Goal
Since inception, it has always been the desire of Wild Horizons to return as many elephants as possible to the wild, and in this we have had both successes and failures to date. In 2002, after a period of unrest concerning commercial farmland in Zimbabwe, it was decided to move a small herd of five elephants to the Pilanesberg National Park in South Africa, where these animals furthered the educational and guest interaction work started in Zimbabwe, catering to guests from surrounding lodges in the Pilanesberg area.

Two calves were subsequently born to the female in this group, and in 2015, it was decided that this herd was ready for rehabilitation back into a wild state. A suitable reserve was located on the border between South Africa and Botswana, and these seven elephants were successfully released there. We continue to monitor these daily by satellite communication.

Of the original herd of animals we had been entrusted with, four elephant bulls have also been released into Hwange National Park as well as the Matetsi Safari Area within Zimbabwe. A further five elephants are on a “soft” release program within our sanctuary property where they have no further contact with humans, and are encouraged to avoid buildings, vehicles, and people.

Once satisfied that these animals will not seek out habitation, they will be released permanently into the wild. Of the remaining elephants under our care, only eight are used to educate guests and conduct safaris. The remaining animals are juvenile orphans we have been entrusted with by our Parks Authority, and who follow the rest of the herd in their daily activities.

While it is recognized that visitors’ perceptions have changed towards wildlife in domesticity over the 22 years since the program was started, it remains to be said that the need for a facility such as this is crucial for the continued education and rehabilitation work that continues to be done. 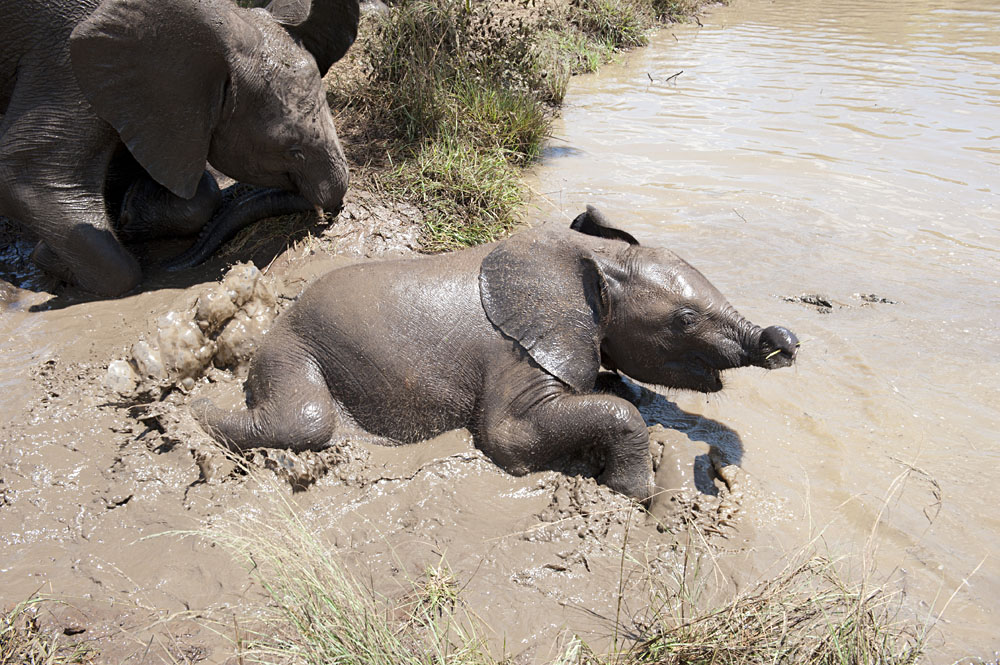 As part of our social responsibility program and in conjunction with Environment Africa, an NGO involved in environmental and community based projects in the area, the VFWT exposes over 1000 children from rural schools to the Wild Horizons Elephant Program annually, in an effort to educate these learners on the value of wildlife. This is a vitally important program and something we are extremely proud to be a part of.

12-Day Magic of Africa – Holiday of a Lifetime

Continue to check off your bucket list travel items with other Holiday of a Lifetime experiences.