The 6th continent I visited was during my South America vacation (still waiting on Antarctica to complete all 7!), and like so many North Americans, I left the closest to almost last. The beauty of travelling from North America to South America is the lack of jet-lag as you only cross 2, max 3 time zones, awakening refreshed your first morning. Flights are frequent and there is a ton of choice. I hummed and hawed over the perfect first itinerary before coming up with a trip full of iconic and awe inspiring scenery using a variety of cruise, flight, and 4WD transportation, a little bit of luxury, some pretty hardcore adventure in Bolivia (definitely not for everyone) all jammed into 3 weeks. It was an amazing trip, and I hope you’ll find my experience useful in planning your own South American adventure.

My travel partner and I flew into Buenos Aires, Argentina for 2 nights and did a whirlwind city sightseeing tour which only served to whet my appetite to return and explore in more depth. (The food was incredible!) It was then a short flight down to Ushuaia, capital city of Tierra del Fuego (Land of Fire), where we enjoyed one night before we were to embark on our cruise. Ushuaia is a hubbub of activity jam packed with hotels, coffee shops, pubs, souvenir shops touting unique “end of the world” handicrafts and a plethora of adventure outfitters hoping to sell you the Gore-Tex jacket you forgot to buy at home!

The voyage on the Stella Australis from Ushuaia to Punta Arenas in Chile is 3 nights and 4 days and a perfect way for those without lots of time to see Tierra del Fuego and Patagonia. The first stop is at Cape Horn, heading to shore from the ship in a zodiac on the open water is part of the excitement, but a small ramp of sorts makes getting in and out very easy for almost anyone. Standing at the bottom of the world taking in the vastness of the ocean thinking of all the explorers that have rounded the Horn is a major highlight.

Suggested Itinerary:
4/5-Day Round the Horn Patagonia Cruise from Ushuaia

Each day the ship anchors in 1-2 different locations and passengers head to shore on zodiacs to explore the indigenous flora and fauna, see fjords, glaciers (we were lucky enough to watch one calving which was exciting and a little scary at the same time), and learn about the early settlers including the Yaghan tribe who lived nearly naked covered in a protective animal grease until meeting the early European Settlers. There is sadly only one remaining Yaghan still alive today, her name is Christina Calderon. The last day before docking in Punta Arenas the vessel heads to the Magdalena Island to see thousands of Magellanic Penguins, who dig burrows for their nests.

From Punta Arenas we flew to Santiago and on to Rapa Nui, Easter Island to see the mysterious and iconic Moai. Easter Island is a 5 hour flight from Santiago and is one of the most isolated islands in the world. It lies 3,512km from Chile and 2075km from Pitcairn Island, but is only 24km long and 12km wide, with a population of about 5,800. Easter Island is a living outdoor museum with numerous sites to visit the mysterious Moai and learn the captivating history behind these massive statues that were erected between 1250 and 1500AD. 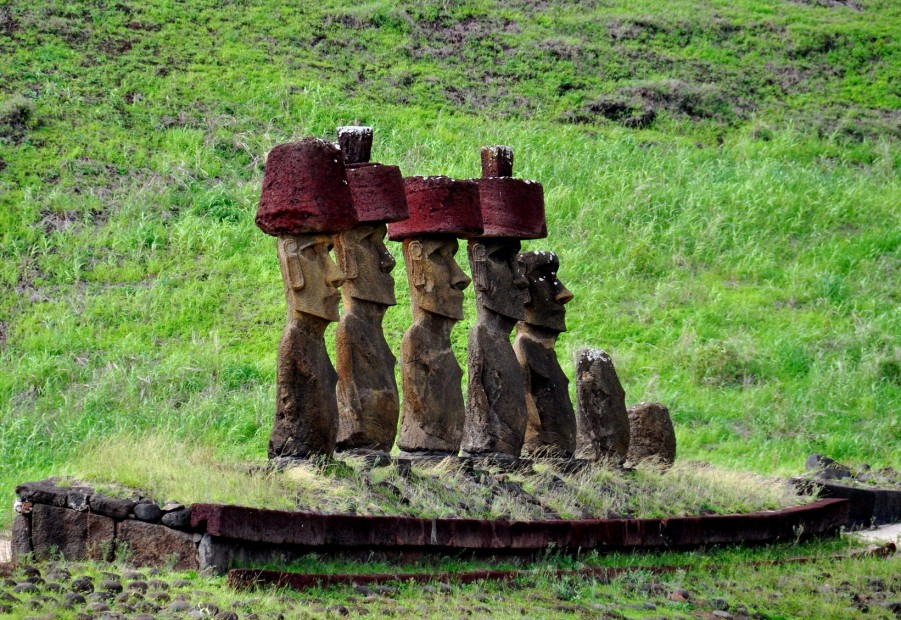 The island has a distinctly wild feel to it, with horseback still being a normal form of transport for many locals, and there’s only one market where local produce is sold alongside a handful vendors selling distinctly unique souvenirs. 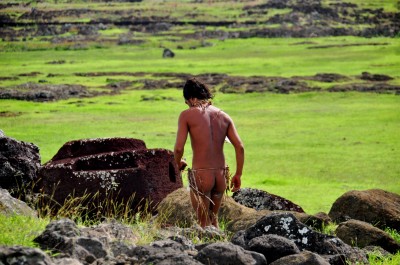 The local restaurants served large portions of fresh and incredibly tasty meals in a very authentic Polynesian Island atmosphere with no pretension. Hotels ranged from motel style to deluxe all inclusive properties but there are only a handful in total on the island and it was obvious that western culture and mass tourism wouldn’t be arriving onto the island anytime soon.

Leaving Rapa Nui we then headed to modern Santiago, capital of Chile, for a full 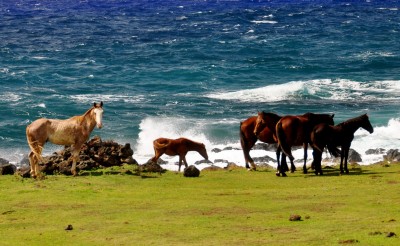 day of city sightseeing before flying to Calama in Northern Chile. We continued by road to San Pedro de Atacama in the Chilean Altiplano (high altitude desert). It was stunning to witness such stark contrasts in Chile and Argentina’s various landscapes. Every trip should have a bit of luxurious indulgence, and for this South America vacation, this was the place!

We stayed at the Tierra de Atacama, where your own personal guide meets with you over wine in the lounge every evening to plan your next day’s activities. These included several hiking options, biking, bird watching, sliding down sand dunes and more. All activities, use of spa facilities, meals and alcohol are included in the rates (spa treatments are additional). The property itself is stunning, but we were often out exploring our surroundings.

From Northern Chile, we drove to the Bolivian border where we were met by our Bolivian driver and guide their 4WD vehicle and continued onto the most incredibly magnificent scenery you can imagine. There are lakes that are red, green, blue and white, high altitude mountains, and fields of geysers and boiling mud. The sky is as blue as can be, and there is wildlife everywhere! The climate is harsh, with roads unpaved and seemingly nonexistent to us but easily navigated by our guide (do not try this alone).

Make no mistake, Bolivia is not for everyone. The crossing from San Pedro de Atacama in Chile to Uyuni in Bolivia is rough, and guest houses only have electricity from 6-10pm, the food is basic but for those in search of adventure 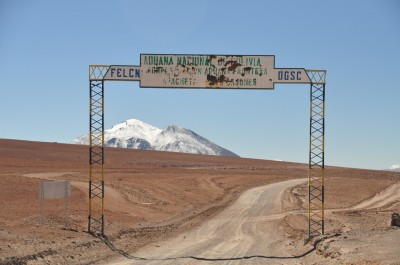 and landscapes like nothing on earth… it’s all part of the fun!

We finished in Uyuni for a visit to the fantastic salt flats before making our final drive to La Paz where we caught our flight home.

It’s certainly necessary to invest a bit of time in choosing were you want to go on your South America vacation, but once in destination, I was caught up in the adventure, and it only occurred once I was flying home that I’d crossed half a continent, deserts, oceans, 2 countries (and Easter Island!) and not experienced a single problem. It was a busy but fantastic itinerary travelling diverse landscapes – something I’ll never forget despite the abundance of fantastic Argentine and Chilean wine. 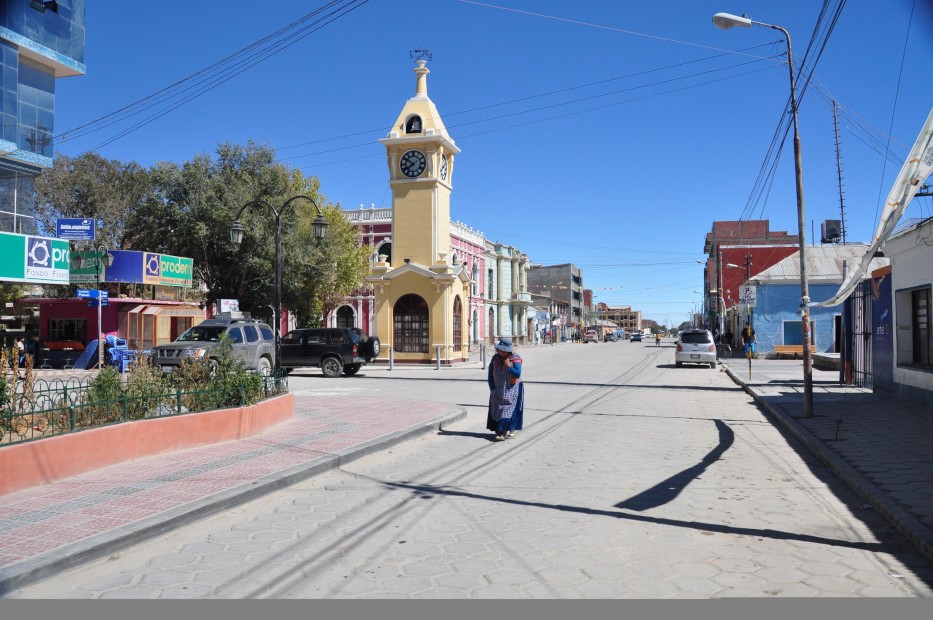