No vacation would be complete without offering the magnificent wonders of our fabulous world. There are so many places that we have dreamed of visiting simply because of how man and/or nature have stimulated and excited our imagination. On Goway’s Holidays of a Lifetime group tours, visiting many of these will become a reality. There are so many iconic sites you will visit that there are too many to mention. As the list is long, here is a selection, in my opinion, of ones definitely worth mentioning.

Take the Waltzing Matilda group tour to Australia and New Zealand (or our Best of Australia and Best of New Zealand). In Australia, starting with the beautiful city of Sydney, there is the Sydney Opera House, one of the world’s most easily recognizable buildings due to its totally unique design – masterpiece of 20th Century architecture. Its rival could be the Sydney Harbour Bridge. Everywhere you turn, it is impossible to avoid seeing this amazing architectural phenomenon, affectionately known as the “Coat Hanger.” It has a similar place in Sydney history as the Statue of Liberty has to New York.

The Great Barrier Reef, situated off the coast of Queensland, is the largest coral reef system in the world, made up of billions of tiny living organisms which make it the largest living organism with over 3000 coral reefs and 880 islands of which 27 islands are inhabited. The Australian Outback is where you will find the absolutely unique Ayers Rock, a UNESCO World Heritage site. This monolith of red sandstone rises out of the flat desert landscape and is known to the indigenous Aboriginal people as Uluru, a very sacred place. It is 348 metres/1130 feet in height and yet the bulk of it lies underground. One special aspect is that it changes colour depending on the time of year and the time of day. Sunrise and sunset are particularly magical times.

Moving over to New Zealand, it’s hard to beat Milford Sound near Queenstown for breathtaking and dramatic natural beauty. Here you will find stunning fjords, spectacular waterfalls, and ancient rainforests clinging to the mountain sides. Described by Rudyard Kipling as the “Eighth Wonder of the World,” cruising along the Milford Sound gives you the opportunity to take in the full splendour. In Rotorua, the phenomena of the geothermal activity here show you the power of nature. Sitting within the Pacific Rim of Fire, the region offers some of the world’s most thermal activity. It is a volcanic wonderland with extraordinary landscapes and incredible geothermal attractions which include awe-inspiring geysers, steaming lakes, bubbling mud pools, and hot mineral pools known for their restorative health properties. 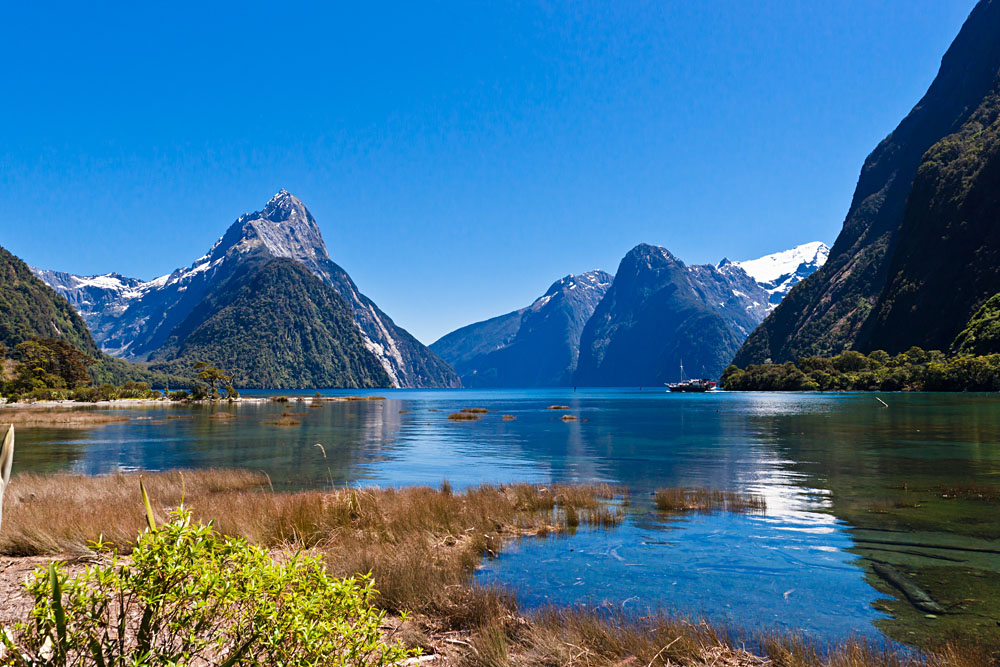 The Magic of Africa group tour to South Africa, Zimbabwe, and Botswana begins in Cape Town – dominated by Table Mountain, a UNESCO World Heritage site. It literally hovers over the city and is South Africa’s most photographed landmark. The rocks on the mountain are over 600 million years old, making Table Mountain one of the oldest mountains in the world. There are fantastic views of Cape Town, Table Bay, and Robben Island from the top. Nearby is the Cape Point Nature Reserve which incorporates the Cape of Good Hope, a rocky headland on the Atlantic coast of the Cape Peninsula. It is home to an amazing array of animal and plant life. The reserve is one of the largest breeding grounds for tortoises in the world. It also offers excellent vantage points for whale watching. Back in Cape Town, the man-made Victoria and Alfred Waterfront is one of the city’s biggest attractions with its views of Table Bay and its numerous restaurants and bars. Heading west, a half hour drive outside Cape Town, are the Cape Winelands, one of the most scenically gorgeous wine regions in the world. The winelands are brimming with quaint historic villages, a majestic mountain, and of course, fabulous food and wine. Franschhoek here has been described as the “food and wine capital” of South Africa.

Two special areas have been selected for game viewing – Sabi Sands in Kruger Park and the Chobe National Park in Botswana, chosen for not only their abundance of wildlife but their excellent comfortable but upscale lodges. In Sabi Sands, vehicles can go off-road at any time, giving the visitor a much better game viewing experience. Chobe offers the largest population of elephants in Africa. Spectacular Victoria Falls, named for the Queen of England, but known locally as “The Smoke which Thunders,” is a UNESCO World Heritage site and one of the Seven Natural Wonders of the World. Twice the size of Niagara Falls, they are the largest sheets of water of any falls in the world.

The 32-day Cape to Cairo visits 8 different countries so you would expect to encounter a number of iconic sites on this group tour. The aforementioned Victoria Falls is one. In Tanzania, the amazing overwhelming physical beauty of Ngorongoro Crater is something to behold. Looking down from the rim of this huge crater formed when a giant volcano exploded and then collapsed around two to three million years ago, you might wonder where the animals are, due to the highly visible lush undergrowth. However, the crater is teeming with all kinds of wildlife as it is home to a permanent population of more than 30,000 animals. The famous world-renowned Serengeti is Tanzania’s oldest game reserve and a UNESCO World Heritage site. It is known for its abundance of wildlife including the Big Five (African elephant, lion, Cape buffalo, rhino, and leopard). Serengeti is most famous for the Great Migration, a natural phenomenon that sees wildebeest and other animals migrate north to Kenya each July and arriving back in December.

Perhaps Rwanda is iconic due to it being one of the few places where one can view the mighty endangered gorilla, best seen on a gorilla trek in the Volcanoes National Park. Also in Rwanda, the Kigali Genocide Memorial is a reminder of the terrible period when more than one million Rwandans were killed. It is in Ethiopia that you will experience the Lalibela Monolithic Churches, built in the 12th century and carved out of pink granite rock. They have been classified as one of the wonders of the world. They are the biggest monolithic temples in the world and a UNESCO World Heritage site.

One would expect Egypt to have iconic sites and of course, it does. There are the many ancient wonders in the vicinity of Luxor (known as Thebes in the days of the Egyptian pharaohs and was their capital). The outstanding archaeological sites here include the Valley of the Kings and Queens with their royal tombs and the Luxor and Karnak Temples, the size of which will amaze you. Not far from Aswan are the Abu Simbel Temples, a complex dedicated to the glory of Pharaoh Ramses II and an absolutely stunning edifice originally hewn from solid rock. Who could be in Egypt and not visit the Pyramids of Giza and see the Sphinx. These formidable structures are situated just outside of Cairo and will not disappoint any expectations. Also in Cairo, the Egyptian Museum is a must visit with the world’s most extensive collection of pharaonic antiquities.

For more information on Goway’s Holidays of a Lifetime series, visit us at www.goway.com.

Next:
The World’s Iconic Sites Featured on Goway’s Holidays of a Lifetime (Part 2)