Being born and brought up in Kenya, one would have thought travelling across the continent would have been easy, but regrettably this isn’t always the case. So when I got a chance to travel to the southern tip of Africa, and that too with a rail journey involved, I jumped at the opportunity. My bucket list agenda was getting longer, with very little success of crossing out the places visited, and at the top of the list was Victoria Falls and Cape Town, so I put my adventure hat on and set out on this memorable Southern Africa vacation.

Flying on Ethiopian Airlines was certainly a new experience, but one that went smoothly. With a much needed overnight stay in Johannesburg in South Africa, my flying journey continued to Victoria Falls in Zimbabwe. This city has a population of just over 30,000 people who solely rely on the tourism for their livelihood. My tour began with Victoria Falls itself, one of the wonders of the world. I had seen loads of pictures but nothing beats seeing this spectacular natural phenomenon in person. Many of my fellow travellers would disagree that going during the high season beats the purpose of seeing the full falls, however, I must stress that I saw the different falls and not the mist as does happen when you go during the rainy season. Our tour continued of the local township and a visit to the curio shops which had loads of options for souvenirs and gifts. I must stress, lots of sunscreen and a hat is very important, as the temperatures do tend to get very hot.

My excitement was running high at this time of the day as I wanted to set off on my train expedition. The red carpet welcome and the briefing by the Train Manager were very informative, with specific times to mind in order to allow the smooth flowing of the activities on and off board. I knew that the days to come would be memorable for the rest of my life. After being allocated a Cabin Rep, who was extremely happy to assist us and always ready to answer unending questions from all the excited guests, we were ready to set off.

The train whistle went off and we were on our way. The first hour or so I was literally trying to keep my balance, as it felt like a rodeo ride and took some time to get used to the swaying train as it made its way to our next destination. Dinner time approached pretty quickly and we had to all be seated by 7:30pm. As I got settled in my chair, I was amazed to see how our delightful servers were able to balance the trays full of drinks on this rocky ride, but they did a wonderful job and with huge smiles on their faces. I must compliment the chef on board who cooked delicious 3-course meals, they were just the right amount to satisfy your appetite.

After a night of rocking and rolling in bed, but armed with a hearty breakfast, we had our first day excursion at Hwange National Park. This is Zimbabwe’s largest national park – almost the same size as Belgium – that boasts a wide variety of wildlife and bird species. Our safari began on the open vehicles, and after clearing the park entrance formalities, we set on the journey of spotting the “guests of nature.” A day filled with lovely sights, our adventure continued after our lunch break at Hwange Safari Lodge.

The next two days were also filled up with insightful activities, including a visit to Matobo National Park, which offers Zimbabwean history from the time of Cecil John Rhodes, which shaped the future of this country, formerly known as Rhodesia. Today’s day in Zimbabwe was fun filled at the Antelope Park, with exhilarating experiences such as walking with the lions, game drives, or just a relaxing horse-cart ride.

The final day in Zimbabwe was spent visiting the Great Zimbabwe Ruins, the largest precolonial monument south of the Egyptian pyramids, showcasing how the ancient people lived and mined gold and silver and the early insight into how much importance women were given in society. Despite the extreme heat, our days ended on a high note with lots of tales to exchange as we looked forward to a well-deserved rest day on the train. Coming back to the train every evening was even more magnificent as we got back to cool and refreshing welcome drinks, accompanied by warm smiles from our hosts.

The day of rest on the train was an adventure on its own. The observation deck on the train was the perfect place to take beautiful scenic photos, as the train curved around the winding tracks. Being able to see the entire train against astounding backdrops of the sunsets was definitely a sight to behold.

The night went by travelling towards South Africa and all border formalities were processed without any one of us having to get to out of our cabins, as the train’s assistant manager took this responsibility upon himself in the most efficient way.

It was a very early morning with breakfast at 5:00am, but all worth it as we were headed to Kruger for our first game drive. What’s interesting was noticing how the vegetation was so different from what we had seen in Zimbabwe, plus, we were very close to the animals as they passed by the vehicle, acknowledging us from time to time and posing for pictures!

Our adventure continued to Kapama’s Cheetah and Wild Dog at the Hoedspruit Endangered Species Centre, founded by Lente Roode, whose passion led her to start this project. The Centre has invested in the breeding and research of these vulnerable animals, and then releasing them into the wild. The Centre also works closely with the University of Pretoria, as well as advisory committees to ensure that these animals get back into their natural habitat.

With memories of a lifetime, I had to bid farewell to the new friends I had made on the train journey, as I headed to Cape Town.

The direct flight with South African Express from Hoedspruit to Cape Town has made the travel to this beautiful and romantic city very simple. A short flight got me right to this southwest city of South Africa.

After a sumptuous breakfast, I set off with our extremely knowledgeable, polite, and welcoming guide, Craig, on a Peninsula tour. It was definitely a very relaxed and calming tour after the busy preceding days, and the scenery was certainly breathtaking.

Our journey continued to the Cape of Good Hope and Cape Point, where one can use the Funicular to go up the hill or walk up to view the oldest lighthouse.

Lunch was at the gorgeous Seaforth Restaurant and the very popular Seafood Platter is unquestionably one that shouldn’t be missed. Vegetarians had great options too. After a hearty meal and catching up with the rest of the group we set out to Boulders Beach, famous for its penguins. The day ended with a visit to the Kristenbosch Botanical Garden.

A very early morning start was the order of the day as our mission was to go up Table Mountain in the cable car before the winds would get strong, which was the forecast for the day. We made it! This was well worth the early start and unquestionably the highlight of the day.

The day continued with a city tour and thereafter onward to Robben Island – the prison that saw Mr. Nelson Mandela spend 18 years of his life as a political prisoner. It is now a UNESCO World Heritage site. The tour of this island, conducted by former prisoners, was surely an eye opener in that a forgiving attitude and the perseverance to do the right thing can lead to an extremely peaceful and thriving country.

Alas, my time was up in South Africa! But I leave this beautiful country with a lifetime of memories, enlightenment about compassion, and importance of how the state of one’s mind can lead to progressive and rewarding triumphs that can make the imminent tomorrow better for generations to come. The paramount achievement for me was to have used all four means of transportation in one trip – another thing crossed off my bucket list!

Africa is a continent that is filled with warm and friendly people, and features remarkable sights. Why not hop on and explore and enjoy the adventurous safaris, game drives, and more that Africa has to offer. 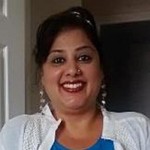 Africa & Asia Retail, Pacesetter Travel - Bijal was born and brought up in Nairobi, Kenya, and has travelled to India, UK, Egypt, Tanzania, Zanzibar, Uganda, UAE, China, and Southern Africa. She has a passion to see the world and experience new cuisines.