Recently returning from a travel FAM (familiarization trip) to Ethiopia and South Africa, I never realized how much this Africa vacation would tug at my heartstrings.

Ethiopia is a land of great contrasts, and my travel companions and I couldn’t wait to explore a place where time has stood still since Queen of Sheba and the lost gold mine from the days of King Solomon.

Visas on entry in Addis are easy enough. One line for request, another to collect your passport, a third to pay. Simple. No additional passport photos or letters required. Money can be exchanged into local currency – birr – while the luggage is arriving. American currency goes a long way, but it is handy to carry local birr for bottled water, tips, curios, or a spur-of-the-moment stop at a coffee shop. Coffee is definitely an art form of its own, and don’t even think to look for a Starbucks on your Africa vacation.

Queen Sheba’s visit to King Solomon is recorded in the Bible, and many archeological treasures including the plaster cast of the 3.2 million year old Lucy, can be found at the National Museum in Addis Ababa. Discovering the rest of Ethiopia’s treasures generally involves a short domestic flight from Addis.

Gondar, a university city, is also a Royal and ancient historical city which recently experienced some unrest. Our local guide informed us that the student protests focused on corruption, resolved with the swift replacement of the offending government officers.

Gondar was the first capital city during the reign of Emperor Fasilides from 1632-1667. Once he became emperor, he restored the official status of the traditional Ethiopian Orthodox Church. We visited the ancient castle, a name given to the entire complex of castles and palaces, including  banqueting halls, a library, bathing pavilion, and more.

Lalibela is the holy city of Ethiopia. King Lalibela, having made holy pilgrimage to Jerusalem, decided to recreate a symbolic Jerusalem in Lalibela. The tools used for this massive undertaking have never been found, but there is no denying that this collection of eleven monolithic 12th-Century churches, carved from top to bottom out of “tuff” volcanic rock, is a mystery and breathtaking marvel. Everywhere else, structures are built from the ground up. It is still in use today by the Ethiopian Orthodox Church, which dates back to the early fourth century. Throughout the compound you’ll find worshippers leaning against the structures, kissing the age old rock walls, praying quietly, or reading religious texts.

The most photographed of the medieval structures is the church of Saint George, constructed in the shape of the cross. Nearby, one of the burial sites carved into the inside of the volcanic wall has very visible human remains, complete with feet and toes nicely positioned for eternal comfort.

At the edges of the holy site, life in the township carries on. Goats are bought and sold, children head eagerly to school (education is highly prized in Ethiopia), and commerce is alive and well in rows of colourful recycled shipping containers – a sewing machine on a table in one, a butcher shop (no refrigeration) in another, a barber giving a client a haircut and a shave in the next. It is only recently that tuk tuk taxis have appeared in the mix. There is much life along the roadsides, as most walk the gravel roads intent on their daily routines. Boys deliver the spongy injera flatbread in hand-woven baskets, laundry balances high on the heads of young girls, donkeys carry loads of sticks to make animal enclosures, and young men bend over with enormous bundles of straw for a thatched roof. Everyone has a job to do. Apart from a couple of busy fooseball tables in the main town, there is very little evidence of idleness. To eat requires hard work. Life is far from easy but the way of life is simple.

On a future visit, we want to explore more of the countryside, bird watch, trek, visit a cultural village, and check out the active volcano in the northeast. An Ethiopia vacation has so much to offer, and its friendly people sincerely welcome you with warm smiles and constant waves… even while your vehicle smothers them in a cloud of thick dust.

A direct flight to Durban in South Africa takes six hours from Addis. Yellow fever certificates are requested on departing Ethiopia, but not mentioned on entering South Africa. Both countries require one only if entering from a known infected location.

Durban’s “golden mile” waterfront was very much improved for the 2010 FIFA World Cup, held in the awesome Moses Mabhida Stadium. A Segway ride provides a great view of the stadium and the connected waterfront, while a funicular ride gives an expansive overview of the city.

Endless beaches are edged by endless boardwalk, flanked by endless hotels. We sampled Tsogo Sun’s beautiful Southern Sun Elangeni Hotel, as well as the nearby sister property, Southern Sun Maharani Hotel. Both delightful, not just visually but in every level of service, and especially in their incredible culinary offerings.

Twenty minutes down the highway and closer to the Durban airport is the posh seaside town of Umhlanga. Definitely the place to be seen is the elegant five-star Oyster Box Hotel. And that’s not just the opinion of the resident cat, judging by the line-up of celebrity photos displayed on a lobby wall. All rooms have French doors opening onto a to-die-for waterfront view. The sound of the crashing waves is soul soothing. The dessert buffet defies words.

Luxury aside (do we have to?), every itinerary needs to include the exploration of the amazing culture and history of South Africa. KwaZulu Natal has both in abundance. Travelling inland from the coast, we were immersed in the Zulu culture, and the battle stories of Isandlwana and Rorke’s Drift. The latter is a moving commemoration of those lost in the 1800s as fierce Zulu warriors, Boers, and British all staked their claim on the land. Tales of bravery are retold amidst piles of white rocks representing the fallen, dotting the hills as far as the eye can see.

Our driving route to the four-star Rhino Ridge Game Lodge took us through the Hluhluwe-Umfulozi National Game Reserve. Built up on the hillside with amazing views over “Big 5” countryside, the villas are so private that you can bathe or shower with nothing but glass between you and the stunning view. The rooms are expansive and a massive private deck awaits your post-safari relaxing pleasure.

Rhino viewing, along with other Big 5 game, is such a privilege, but a reminder of the ever-present problem of poaching was freshly sprawled in the brush. Two rhino had been senselessly slaughtered the previous night and the dozens of vultures hovering in a nearby tree were nature’s way of dealing with this tragedy. There are many costly projects underway to stop the poaching scourge; public education to dissuade those ignorant enough to purchase illegal animal body parts is also vital.

Isimangaliso Wetland Park was formerly known as the more pronounceable St Lucia Wetlands. Kosi Forest Lodge is a collection of thatched bush huts in the Kosi Bay Nature Reserve, part of the wetland park. The huts are scattered through a magnificent forest which features abundant birdlife and is located at the edge of the Kosi Lakes system. Access is by 4×4 Lodge vehicle for 30 minutes from the nearest town. Two nights are needed to explore the surrounding lakes and to enter into the wonder of this authentic “out of Africa” experience. Blessing, the Lodge manager and our host, quietly and graciously saw to our every need and more. Sundowners by the pool overlooking Lake Shengeza ushered in a magical time, with dinner on the deck under the trees, lit by the soft light of lanterns. Later, lanterns light your outdoor shower and claw-footed bath, also under the trees. Fantastic!

For those able to plan their stay during turtle-laying season (October to February), a four wheel drive excursion (at a very reasonable cost) takes you to a local beach to witness this exhausting (for the turtle anyway) exercise. All is monitored very carefully by local guides, who control access to the Loggerhead turtles until they have “flippered” their hole in the sand to their satisfaction and are ready to deposit their precious cargo. Several hours later the hole is refilled, one flipper load at a time, with some sand showered over the rapt witnesses, and the tired turtle then heads back to sea. Of 1000 hatchings, only two will make it to egg-laying maturity, and one of those might be male. It’s a risky business.

Our parting wish in our South Africa vacation portion was granted – our host, Blessing, arranged a visit to a nearby school. The teachers were delighted to receive the supplies our small group had carted all around Africa, hoping to “bless” these children. But as often happens when you give, you also receive. The smiles on the 90 little Grade One faces in that classroom will still warm our hearts long after those pens, pencils, and erasers have come to an end. So little effort, but a lifetime of results.

Four wheel drive vehicles transferred us to Thonga Beach Resort, on the unspoilt shores of the Maputuland Coast, six hours from Durban. This 24-bed luxury lodge is nestled into a coastal dune forest with spectacular views of the beach below. Your stay can be as quiet or as active as you like – walks along the ocean, relaxing by the pool, more turtle-nesting watching, kayaking, or sundowners (or perhaps both) at the nearby Lake Sibaya (watch for those hippos), or relaxing in rooms that are much too nice to leave.

Our Africa vacation had come to an end. Reluctantly we depart for North America… until we come back to pick up the little bits of our hearts that we left behind along the way. Hamba kahle (“go well” in Zulu)…. but come back soon. 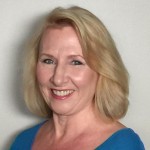