There’s no shortage of reasons why Spain ranks as the 4th most visited country in the world. It has a year-round beautiful climate, 13 cities recognized by UNESCO as World Heritage sites, and a culture so easygoing and inviting to travellers that British author, George Orwell, was once prompted to say, “I would sooner be a foreigner in Spain than in most countries. How easy it is to make friends in Spain!” The list of reasons to visit is endless, yet with all its splendour of art and architecture, natural beauty, and religious and cultural history, it can be difficult to narrow down what to see on your Spain vacation, as it’s such a bountiful country. To give some starting points, we’ve put together a list of the top 10 things to see on your first or next trip to España. Olé!

1. Granada and the Alhambra
Granada, located in the community of Andalusia, offers a rich blend of beautiful art and diverse history, set to a backdrop of the snowy peaks of the Sierra Nevada mountains. On a walk through Grenada, every pathway leads to a spellbinding piece of architecture. Arguably, the most breathtaking sight in Grenada is the Alhambra, a beautiful fortress and palace that shows the influence of Moorish culture in Spain. An architectural masterpiece whose majesty is hard to surpass, Alhambra is widely considered to be one of the most beautiful and well-preserved Arab palaces ever built.

2. Barcelona
Barcelona is the capital city of Catalonia, and with its unique mixture of modern accessibility and historical splendour, is a city that you want to leave off the itinerary for your next visit to Spain, unless, of course, you have enough time to explore it fully. Its extensive and reliable metro system makes it easy to navigate the many attractions Barcelona has to offer. Barcelona is built around the Ciutat Vella, the “Old City,” home to some of its most unmissable attractions. Relax on the beautiful beaches on the city’s edges, and take a stroll on Las Ramblas, a tree-lined pedestrian walkway, and the loveliest and liveliest street in the city.

3. Sagrada Familia
One of Barcelona’s most majestic and breathtaking sights is the Sagrada Familia, a 230-foot Roman Catholic Church. Proclaimed a minor basilica by Pope Benedict XVI, the unfinished church is a spectacle of early modern architecture. A visit to this architectural wonder will be improved by a tour guide, who will show you the opulent ornamentation of the church interior, and tell you about how renowned architect, Antoni Gaudi, designed the church’s interior as a Latin cross complete with five aisles, and left the church unfinished by his death in 1926.

4. Malaga and the Beaches of Costa Del Sol
Located on the Mediterranean coast in southern Spain, Malaga is a port city that offers a dazzling mixture of vibrant cosmopolitan life, rich history, and breathtaking natural beauty. Spend your mornings at historical sites like La Alcazaba, a renovated medieval fortress now used as an archaeology museum, your afternoons at the world-renowned beaches and parks of Costa Del Sol, and your evenings enjoying Malaga’s lively nightlife at one of its many clubs or restaurants.

5. Toledo
As the former capital of Spain, Toledo’s rich and diverse history can be seen in its architecture, with buildings ranging from Arab, Jewish, and Catholic periods of influence. On an afternoon tour of Toledo tour you’ll encounter an array of breathtaking historical sights, such as the Santa Maria La Blanca Synagogue, Primate Cathedral, San Juan De Los Reyes Church, Santo Tome Church, and Cristo De La Luz Mosque.

6. Seville
Seville embodies the historical and cultural diversity of the Andalusia region of which it is the capital. There are many ways of exploring this beautiful city. Bordering the western side of the city centre is the River Guadalquivir, perfect for an evening stroll or a scenic boat trip. Whether you navigate the city by river or by foot, be sure to see the centre’s famous monuments, like its three UNESCO World Heritage Sites, including the Cathedral of St. Mary (aka Seville Cathedral), the third largest church in the world and home to the crypt of Christopher Columbus, as well as a famous garden of orange trees.

7. Ronda
Located in Andalusia, Ronda is a lovely and historic city famous for its escarpments and beautiful views. Its biggest attraction is the 18th century Puente Nuevo (new bridge), which covers the El Tajo gorge, and offers a sublime view of the Serrania de Ronda mountains. The bridge is a marvel of architecture and masonry, but the city has plenty more to offer, including the rock paintings of Cueva de la Pileta, dating back to the Neolithic Age, the Arab Baths, and the Carmelite Convent – a beautiful convent with a flight of stone steps leading up to it.

8. Madrid and the Museo del Prado
Madrid, the country’s capital, offers an endless array of activities and spectacles for any visitor on a Spain vacation. Fans of fashion and culture should be sure to visit the Museo del Prado. The Prado is Spain’s national art museum and houses some of the world’s finest art, including the most famous works of the great Francisco de Goya, among countless others.

9. Flamenco Show
A trip to Spain is hardly complete without witnessing at least one Flamenco show. Flamenco is an art form that comprises singing, guitar playing, finger snapping, and lurid dancing, all embodying the romance Spain is famous for. Flamenco dancing originates in the Andalusia region, but given its immense popularity, is likely to be found anywhere in the country.

10. Tapas Cooking and Culinary Markets
Gastronomes and culinary adventurers will find plenty to indulge in at restaurants and markets in Spain. Spanish cuisine is reflective of the nation’s diverse cultural history. Don’t miss your chance to try some of the best dishes in the world, in the place where they originated.

11. Camino Santiago Walk
Known in English as the Way of St. James, the Camino Santiago Walk is a pilgrimage across Northern Spain to the shrine of the apostle St. James the Great in the Cathedral of Santiago de Compostela. For many, this pilgrimage is taken for spiritual growth, but regardless of your religion, the beauty of the walk and of the cathedral itself is an unforgettable experience.

12. Bullring
Whether or not you agree with the ethics of bullfighting, witnessing the spectacle of a bullfight is a once-in-a-lifetime experience, and an integral part of Spain’s cultural heritage. Ernest Hemingway captured the urgency and adrenaline of bullfighting when he said, “Bullfighting is the only art in which the artist is the danger of death and in which the degree of brilliance in performance is left to the fighter’s honor.” Watching a bullfight is an unforgettable display of passion and excitement.

With all these highlights offered, are you ready to start planning your Spain vacation?

For more information or other travel ideas to Spain, please visit us at www.goway.com. 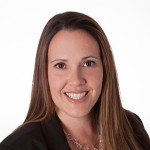