Experience the Middle East with its rich history and diverse cultures and see the sacred sites where ancient civilizations once thrived. Get ready for a mind-blowing Middle Eastern adventure in two neighbouring countries – Jordan and Israel. Jordan and Israel are both steeped in history and blessed with mesmerizing beauty, plus, is safe to explore on expertly-guided tours.

Explore Israel, birthplace of three of the world’s largest religions – Judaism, Islam, and Christianity. This tiny but dazzling country has been a pilgrimage place for people throughout the ages, and is now a treasure trove of Biblical sites. Travel to neighboring Jordan and explore Petra, travel into the Wadi Rum desert and float on the Dead Sea.

Israel and Jordan are the cradle of civilizations, and here there is something for everyone to enjoy. Delve into the history of the Holy Land and discover Israel’s Jerusalem, Masada, and Bethlehem, where archaeologist discoveries illuminate Biblical history. Explore legendary Petra, the “rose-red city” carved out of rock in the mountains of southern Jordan, which is one of the most extraordinary survivors of the ancient world. Discover Mt. Nebo, believed to be the site of the tomb of Moses, and behold a spectacular view across the Jordan Valley and the Dead Sea.

Israel and Jordan’s landscapes are a true feast for the eyes. With over 100km of sandy Mediterranean coastline, plus beaches at the Dead Sea, Sea of Galilee, and on the Red Sea, Israel offers a wonderful mix of landscapes to enjoy. The Tel Aviv beach, which stretches over 10km along the Mediterranean is a perennial favourite. The Dead Sea, bordering Israel and Jordan, is the lowest point on earth, and its the perfect place to float weightlessly in mineral-rich waters. Discover a pool of “Dead Sea mud” you can soak yourself in. This natural “jacuzzi” is made from natural sulfur pools, and a freshwater pool. Though Jordan is about 85 percent desert, the country’s southernmost tip has beaches fringing the Red Sea which harbour some of the most spectacular coral reefs in the world.

Israel has been Biblically described as flowing with milk and honey, and the country’s culinary scene is bursting with fresh influences from around the world. Jews immigrating to Israel from different parts of the world brought with them many different cooking traditions. You’ll be spoiled for choice as you taste international cuisine as well as Israeli specialties. Don’t miss mouthwatering falafel in a pita bread, with hummus and tahini, shwarma, gefilte fish, and burekas (small pastry parcels) eaten on Friday mornings, as well as shakshuka, a brunch or breakfast dish consisting of tomatoes, onions, fresh spices, and eggs, that is eaten with pita.

Food and drink in Jordan is equally tantalizing. Influenced by Arabic and Mediterranean cuisines, Jordan has many of its own delicacies. It has been a wine-producing country for thousands of years, and locals consider coffee a beverage of great social importance, as it is a symbol of hospitality and trust. Jordan’s national dish, Mansaf, is a platter made up of lamb, seasoned with herbs and spices, and cooked with onion in yoghurt, and served on rice with Bedouin bread.

A Land of Change

These small but mighty countries are part of a magnificent and complicated land that’s home to some of the world’s most generous people. It is not unusual for Israelis and Jordanians to strike up a conversations with travellers, and sometimes even invite them home to meet their family and share a meal. The hospitality here is unforgettable, and after an Israel and Jordan tour, you’ll leave having encountered so much more than expected. The way you see the Middle East, and the world, may change forever. 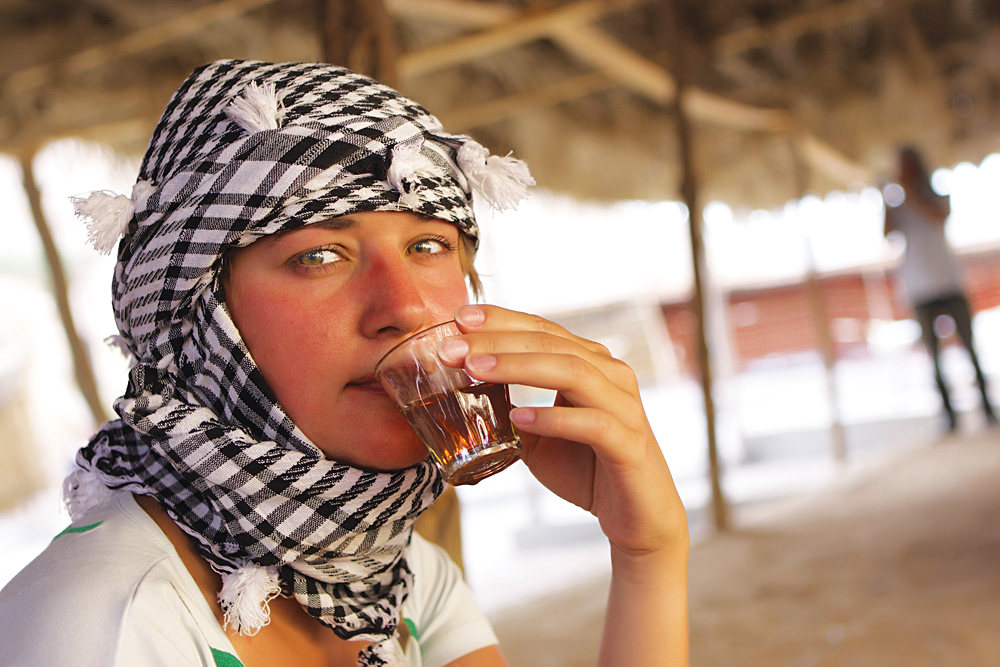