The mountainous region of Nagano looks like a freeze-frame of exploding fireworks. Red maple and yellow ginkgo trees drape the rugged terrain. Clean waters and cool air attract those escaping summer heat. Even a monkey can enjoy the region’s beauty—and its resident snow monkeys do exactly that.

Descending from the trees, the world’s northernmost monkeys plunge into the hot springs of Jigokudani to stake their claim. When the temperature drops, they luxuriate in thermal springs, pampering and grooming each other. We hike for half an hour along an ascending wooded-path to see them. They’re probably the most relaxed monkeys in the world and while they’re aware of us, they are happily preoccupied kings of their domain.

Many visit Nagano to get out of the city and into nature, and fruit picking has become a popular activity. Cherries in June, peaches in August, grapes in early fall, andt then apples. Almost a quarter of all Japan’s apples come from Nagano. The most prized are called Sun-Fuji. Straight out of a fairy tale, they are noted for their translucent golden honeycomb centre and intoxicating sweetness. Participants in the apple-picking course at Shinshu Fruits Land in Shinshu Nakano are handed a “special peeler” and unleashed into the orchard.

Nearby Matsumoto Castle was once maintained as a military fortress. Square windows were used for muskets, while rectangular ones were for archers. Seven thousand samurai once surrounded the oldest castle tower in Japan. Today it is a national treasure, housing munitions and samurai armour. Visitors ascend six floors of steep stairs to the top floor, where the warlords would meet to strategize. Views from here stretch for miles, over the clear moat below and the lush land beyond, all the way to the snowy mountain peaks that crown the valley on the horizon.

Outside the city is the Daio Wasabi Farm, the largest wasabi farm in Japan. These 15 hectares produce 500 kilograms of Japanese horseradish per day, up to an annual yield of 150 tonnes per year. The fields of green roots dotted with pretty watermills look deceptively sweet, but pack a sinus-burning heat. We sample wasabi treats ranging from lollipops, cakes, potato croquettes, frankfurters and ice cream, washed down with a refreshinzg but spicy juice.

Hida-Takayama, in nearby Gifu, is a wealthy merchant town from the Edo period that has preserved its traditional character. Strolling narrow Sannomachi Street, one can find centuries-old trinket shops and sake breweries where we can sample and compare premium artisanal sake with notes of melon and banana. The key ingredient is the water, and its purity can be tasted in every sip. A highlight however is the prized Hida beef. Distinguished by its high-quality marbling, lustre and texture, a robust juice and aroma fills each mouth-watering bite. Various shops grill beef skewers sold by the grade of their firmness.

Old folktale villages such as Shirakawa-go and Gokayama dot the countryside of Gifu and Toyama prefectures. These UNESCO World Heritage sites are fairly isolated. Long ago, prisoners who were banished from the rest of civilization were sent here. Their thatched-roof houses are shaped like the cupped hands of one in prayer. Locals cultivate silkworms and make rice paper. Quiet and remote, these towns feel far removed from the high-octane pace of Tokyo, just a few hours away. The Japanese way is not one of opulence, but one of shrugging off the unnecessary clutter. From cherry blossoms to fall foliage, a trip through the Nagano region of the Japan Alps will reinvigorate any traveller’s sense of well-being and wonder.

Goway can customize your Japan itinerary to include a visit to the Nagano Region.

This article was written by Adam Waxman. He is the Contributing Editor & Senior Writer at DINE Magazine 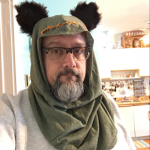 Ted Healey
Sorry, I could not find content matching your parameters.