After travelling through four continents and 30+ countries around the globe, here is one thing I know for sure, Ireland is one of the friendliest places in the world. I lived in Dublin for a year and found that Irish people are some of the warmest, most welcoming, and outgoing group on the planet. The “Gift of the Gab” that Irish people are known for is alive and well. On the Emerald Isle, conversations about weather, sports, the weekend, pubs, traffic, ancestry, and even tea can take on a life of their own, and pleasantly consume a good part of your day before you stop to glance at your watch. Find the gift of the gab on your Ireland vacation!

In 2014, Dublin was voted by Conde Nast Traveler as one of the most friendly cities in the world. The city isn’t drawing tourists with the attractions that fill the streets of capital cities like London, Rome, or Prague. Instead, the travel experience that Ireland offers is more closely connected to its culture, landscapes, historic sites, and of course, its pubs.

A trip to Ireland can connect you with a cast of funny, sarcastic, warm, and entertaining characters if you’re open to it. Despite centuries of political and economic struggle, the country’s people have an infectious irreverence and a natural curiosity toward visitors. The outgoing nature of Irish people is real and noticeable, but so is a sensitivity to simple stereotypes. As Lonely Planet rightfully observes, “Irish friendliness is an over-simplification of a character that is infinitely complex.” Partway through my year of living in Dublin. I noticed that many Irish people had a deep desire for foreigners like myself to enjoy themselves in their oft-misunderstood country. Thoughtful of them, perhaps. Yet as Lonely Planet also observes, “the Irish cannot be at ease in the company of those who aren’t.”

Pubs. So Many Pubs.
“
It never rains inside the pub,” as the saying goes. Perhaps its the Emerald Isle’s soggy skies that inspired the establishment of its almost 10,000 drinking holes. The Irish public house is a national institution, and today pubs are still the pillars of Irish social life. They are places to chat, listen, learn, gossip, eat, and enjoy a spirited sing-along. In the land of a “hundred thousand welcomes” (Cead Mile Failte) a traditional music “session” is a performance you won’t want to miss.

Whether you find yourself near a quiet thatched-cottage country pub or a raucous bar in Dublin’s Temple Bar, spending time in a pub is the best way to get a feel for Irish life. Here’s an insider tip: If you want to encourage conversation, try standing or sitting at the bar rather than at a table.

The tradition says that if you kiss the Blarney Stone you’ll get the “Gift of the Gab.” The magnificent Blarney Castle was built in 1200 A.D. near the present town of Blarney, located eight kilometres from Cork City. Walk the grounds of this magical place where it is said that, long ago, ancient kings were crowned and then blessed by the kisses of faeries. In order to kiss the legendary Stone of Eloquence, you’ll climb to the top of the castle’s tower and then lean over backwards on the parapet’s edge with the help of the castle’s attendant. Legend has it that once you kiss the Blarney Stone you will never again be lost for words.

A Traditional Language Resurgence
Though English is the primary language spoken in Ireland there are sections of the island where the country’s native Gaelic language, known as Irish, is still spoken. The Irish language traces back to before the colonization of Ireland by English forces, after which the Irish language suffered a steep decline.

In parts of the Republic of Ireland and Northern Ireland, many small communities still speak Irish as their first language. In an effort to save the poetic old Irish language from extinction, the Irish government has designated some areas as the “Gaeltacht”, national preserves for the traditional culture of Ireland. During a visit to these bucolic areas such as the isolated Oileáin Árainn (Aran Islands) you’ll see plenty of signs printed in Irish only, and hear the buzz of this fascinating ancient language still being spoken today.

Find an Ireland tour itinerary that’s right for you on our website at www.goway.com! 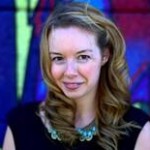