Explore the charms of a bygone era and watch deliriously beautiful island scapes shimmer in the sunshine in Samoa. This pristine South Pacific country that was once home to writer, Robert Louis Stevenson, is authentic and free of big chain resorts, making it an idyllic destination for a relaxed island experience in the South Seas.

Samoa is comprised of ten individual islands in the heart of Polynesia. The two main islands of Samoa are Savai’i, one of the largest islands in Polynesia, and Upolu, which is home to Apia – the capital and largest city in Samoa. Travellers can explore sublime landscapes, visit dormant volcanoes, stroll enchanting beaches, explore lush tropical rainforests, cycle through villages, and see traditional Samoan houses sitting next to beautiful colonial architecture. Try your hand at game fishing, catch a round of golf, and shop in colourful markets for fresh fruit and hand-crafted carvings. This is true paradise.

The vibrant culture of Samoa is born from its unique Polynesian history. Archeologists believe that pre-modern Samoans voyaged to and from neighbouring islands, and interacted with Fijians and Togans – cultivating new ideas that helped to develop their culture. Contact with Europeans began in the 18th century, first with the Dutch explorer, Jacob Roggeveen, who visited the Samoan Islands in 1722. After the Dutch, the French were next to visit and explore Samoa, before English missionaries arrived in the 1830s. The European power to take the greatest interest in Samoa was Germany, which took over the copra and cocoa bean processing in the region, and eventually governed and expanded the economy of the Western Samoan Islands. At the outbreak of the First World War, Great Britain requested that New Zealand seize control of the region from German authorities. New Zealand then ruled the country until 1962, when Samoa happily gained its independence.

Though the European influence has had a lasting effect on the country, traditional Samoan culture has persevered and flourished. The vast majority of the population in Samoa are ethnic Samoans, while a small minority are Euronesians (a mixture of European and Polynesian).

Travellers to Samoa can stay in a delightful “fale”, a thatched hut unique in the country. Each home in Samoa is actually two houses, one indoor to be used in winterk and one outdoor, the “fale”, to be used in summer. Several resorts in Samoa use the word “fale” to categorize their bungalow-style rooms. Resorts in Samoa range from luxurious boutique resorts to large family-style resorts. The Samoan people are known for their friendliness, ensuring that travellers are to receive a warm welcome wherever they go.

Samoans have traditionally cooked in a pit of hot stones called umus, where delicacies are steamed for hours. Many resorts host communal buffet feasts called fiafias along with vibrant fire dances that are sure to delight the senses. Try Samoa’s fresh fruit and oka (fish marinated with lime juice and served with vegetables in coconut milk) – they’re sure to tantalize your taste buds.

Since Samoa is still an unspoiled tourism destination without the popularity of other island countries in the region, travellers can explore its natural beauty and unique culture in peace and tranquility. Visitors to Samoa will want to check out the To Sua Ocean Trench, a gorgeous 30 metre deep natural swimming pool. To Sua Ocean Trench, which translates to “big hole”, is perfect for swimming and nature photography. Travellers with a passion for the sea can dive, snorkel, and fish in the pristine waters that surround the entire country. At the Wetlands Sanctuary in Satoalepai Village, visitors can swim with dozens of sea turtles in clear, turquoise waters. The people of Satoalepai are committed to protecting the turtles, who had for years been endangered by the threat of hunters. Samoan sailing, kayaking, and island cruises are also spectacular here.

For the adventurous traveller who is looking to venture off the beaten path, Samoa is bursting with rich rewards. This hidden gem of the South Pacific is waiting to welcome you! 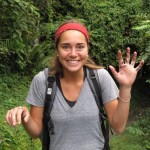