When you think of mainland China, one of two cities probably comes to mind – Beijing and Shanghai. While Shanghai is China’s most modern, bustling business town with incredible architecture, Beijing remains the top city for travellers who come here for more than the Peking duck. Beijing is the historical centre and capital of both ancient and modern China.

A Merging of Past and Present
Beijing is a near-perfect blend of modernization meeting old world tradition. Even with the centuries of history that have been preserved, the hyperactive city has reinvented itself to meet the needs of its more than 20 million residents. Our four-day package helps first-time visitors take in Beijing’s top sites and is easily combined with other cities or packages in China.

No trip to Beijing is complete without visiting the Forbidden City, one of the most impressive historical sites in the world, and former home of China’s emperors. With 720,000 square meters full of history, and a site that required 32 million bricks and 14 years to restore, it is a UNESCO World Heritage site and an utterly unforgettable experience. It’s not just one palace, of course. Think of this place as a historical site with plenty of palaces, courtyards, pavilions, gardens, and more than 10,000 rooms.

The three main parts to the site include an outer court, where the emperor would entertain or welcome guests of state; the inner court, where the emperor lived with his empress and concubines; and the Imperial Garden, a private garden where the Imperial family would relax or entertain. Originally built between 1406 and 1420, most of what you’ll actually see dates from the 18th century and the Qing Dynasty.

Where History Was Made
History has been made at the infamous Tiananmen Square, the Gate of Heavenly Peace, more than once. In 1949, this was the site where Chairman Mao announced the People’s Republic of China’s establishment. The site remains the largest square in the world. Each of the four cardinal directions offers something different, including Chairman Mao’s Mausoleum to the south, and the Great Hall of the People to the west. Spend a few moments in front of the 38-meter tall Monument of the People’s Heroes, which was completed in 1958. This place is quite capable of making you feel very small, so bring the camera.

Relatively close by is the Summer Palace, a 290-acre park that was a summer resort for emperors. With plenty of beautiful gardens to complement the natural beauties of the area, it was listed as a UNESCO World Cultural Heritage Site in 1998. The 17-Arch bridge is a beauty in any season, and the Great Opera Hall is as serene as they come. These three sites – the Summer Palace, Forbidden Palace, and Tiananmen Square, might up a perfect historical day of exploration through Beijing. These are best combined with a visit outside of Beijing to the Great Wall of China, which has a few sections you could visit in a day, and are most certainly on everyone’s list of sites to see in China. 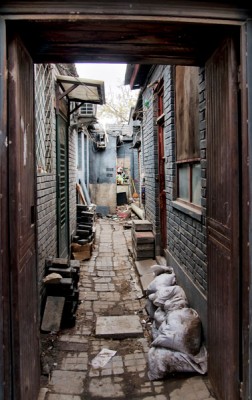 Plenty More to See
So most readers have heard of these places listed above, but plenty more sights exist along the way. While these aren’t secrets by any means, our personal recommendation is to do a hutong tour, featuring a visit to the old neighborhoods with narrow, twisting streets. You’ll really feel like you’ve gone back in time when you’re surrounded by residents of Old Beijing, and if you’re up for it, bicycles are the way to go! 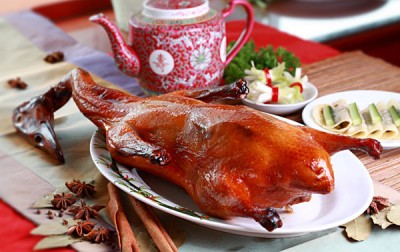 You can visit the Dirt Market, also known as the Panjiayuan Antique Market, which sells literally anything and everything around. Whether you’re into arts and crafts, clothing, luggage, or Buddhist statues, this market is open every day and offers more than 4,000 shops to browse – and here, bargaining is the ordering of the day. Don’t forget about a classic Peking duck dinner for a delight that’s been enjoyed for centuries. Peking was the ‘old’ name of Beijing, as pronounced by Westerners, and is still recognizable on old maps.

Beijing has plenty of modern and futuristic sights to transport you back to the 21st century. If you watched the 2008 Summer Olympics in Beijing, you saw plenty of pictures of the Birds Nest Olympic Stadium. It’s still a major attraction today and is the site for plenty of football matches and concerts. Speaking of modern, perhaps the most modern subway system in the world is here in Beijing, where they added 13 subway lines in time for the Olympics! The system handles more than 10 million people every weekday, and one actually links the airport with the city centre. With 18 lines and more than 300 stations, signs in English, and helpful arrows as to where to line up, the subway makes getting around this huge city surprisingly easy.

We can’t talk about modern Beijing without mentioning the Dashanzi Art District, once home to a huge Chinese factory with a functional German/Bauhaus style. After becoming obsolete in the 1980s, the area came alive as the epicenter of Beijing’s artistic community in the 1990s. Today, the avant-garde art community is alive and well here.

These are just a few places you’ll enjoy while in Beijing.