It doesn’t come as much of a surprise to us that Cape Town, South Africa has yet again been voted as one of the Top Destinations in 2015 by Tripadvisor, beating the ranks of New York, Barcelona, and Hong Kong. Although I am naturally biased, as I do in fact hail from the Mother City, the Travellers’ Choice® Awards is based on the millions of reviews by travellers world wide, and represents destinations which are rich in history, natural beauty and culture. But if that is not enough to convince you as to why every traveller should have Cape Town on their bucket list, we have compiled a list of what we think are the top 10 reasons to visit!

1. Pure, Scenic Beauty
With Table Mountain as its backdrop, you will struggle to find a city as beautiful as Cape Town. There are various ways to explore this iconic landmark – the most popular being by cable car, however hiking to the top is also an option with over 350 trails available. It is not just a place from which to take breathtaking photos of the city, but also home to approximately 2200 species of plants and 1470 flowers, most of them endemic to the mountain, making it a floral kingdom in its own right.

2. Kirstenbosch Botanical Garden
Located on the eastern slopes of Table Mountain, this famous botanical garden scooped the Garden of the Year award for 2015, presented by the International Garden Tourism Network (IGTN) in Toronto. A recent addition to the gardens is “The Boomslang” (meaning tree snake). It’s a unique tree canopy walkway that winds and dips over the trees of the arboretum, offering panoramic vistas.

Not just for history buffs, Cape Town has a rich and interesting past, dating back as far as 1488 when Barthomeu Dias, the Portuguese explorer first sailed round the tip of Africa. Today one can take a trip on a ferry to the UNESCO World Heritage site, Robben Island, to learn about this maximum security prison where Nelson Mandela was incarcerated for 18 years. One can also embark on a “Footsteps to Freedom” walking tour – offered by the Taj Hotel, which takes guests to St. Georges Cathedral, the historic Company Gardens, as well as to prominent museums in the vicinity. 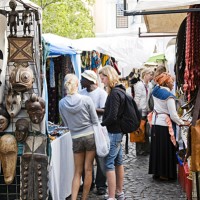 4. Currency Value
The current value of the South African Rand makes Cape Town one of the most affordable destinations at the moment, giving travellers the perfect opportunity to return home with bags full of locally-made curios and crafts, or top designer labels, if preferred. There’s a multitude of choice, from first class shopping centres (think V&A Waterfront), to unusual markets. 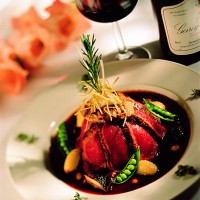 5. Cuisine
After all the sightseeing and shopping, one is sure to work up an appetite, and Cape Town will not disappoint at tantalizing one’s tastebuds! From fine dining and Michelin-star chefs, to beach cafes and sidewalk coffee shops, the Mother City is at the cutting edge of culinary trends and tastes!

6. Beaches
The beaches are among the cleanest and most beautiful to be found anywhere worldwide. Cape Town currently has 8 Blue Flag beaches. (A Blue Flag is an international award given to beaches that meet excellence in the areas of safety, amenities, cleanliness and environmental standards.) Long, white sandy stretches and small secluded coves are dotted along the coastline, offering the perfect summer hangout for families, activity seekers, surfers, and sunbathers alike.

7. Climate
Of course one wouldn’t be able to enjoy the beaches without some decent weather! Cape Town is blessed with a mild, Mediterranean-like climate. Even in winter, although sometimes rainy and cool, it is still known to have gorgeous and sunny days.

8. Culture
Culture. Cape Town has it! The city is a complex multicultural melting pot, owing its diversity to everyone from the slaves of Malaysia and Indonesia, to Dutch, English and French explorers, to the indigenous tribes such as the Koi San and Bushmen. Cape Town has a bustling art culture with world class galleries. There is also no shortage of music events – from international artists to the annual jazz festival, as well as a variety of shows in theatres all throughout the year.

Kaapse Stories from the Mother City

9. Wildlife
Wildlife is not generally something one would associate with Cape Town, but one can enjoy whale watching (in season) from land or on a boat, without having to leave the city! There is also shark cage diving for the more adventurous, in Simonstown. Table Mountain National Park is home to a variety of birds, zebra, baboons, reptiles, and smaller mammals, while Boulders Beach is where the cutest colony of penguins reside.

10. Architecture and Design
Cape Town was the World Design Capital in 2014. This award is given to cities which recognize design as a tool for social, cultural, and economic development. WDC 2014 was the first stop on an exciting journey of change for Cape Town. Through these focused efforts, we look forward to seeing new developments in the city – all driven by design, and meant to benefit  communities.

Not only are these some of the reasons to visit Cape Town, but also why I return… year after year!