A country in a city in a garden? Make the most of your stopover with our essential guide to the many faces of Singapore.

Celebrating its 50th anniversary in 2015, Singapore is a name that’s both familiar and strangely enigmatic. Is it a shopper’s paradise, or Asia’s most expensive city? A dull, sterile city state, or a thriving model of efficiency for other Asian hubs to follow? The only way to decide is to visit and see. The national airline and Changi Airport regularly rank among the world’s best, so there’s no doubt this tiny country is committed to impressing its guests. Easy connections across Asia make Singapore a tempting stopover during any trip to the region, and whether you’re on a half-day layover or stopping multiple nights, Singapore is ready to make its mark on your Asia memories. 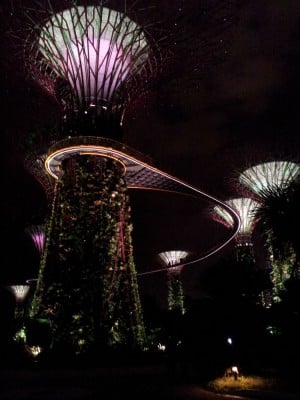 Not content with being The Garden City, Singapore has a new mantra and a new attitude. Now aspiring to be a City within a Garden, this is by far the greenest, most eco-friendly of Asia’s stopover ports. The Singapore Botanical Gardens offer a stunning showcase of plants native to Singapore and the surrounding region, including the National Orchid Garden (still the country’s top attraction, so TripAdvisor tells us). The gardens also incorporate sculptures from around the globe, though they remain committed to a natural tone removed from the increasingly hectic city.

In contrast to this, Gardens by the Bay looks like it beamed down from another world. Singapore’s stunning new waterfront garden showcases plants from across the globe in two temperature-controlled domes and numerous outdoor gardens. The domes contain an awesome recreation of a Cloud Forest environment, and what could be the final word in flower gardens. Looming over it all are the Supertrees, gigantic vertical gardens supported by the space-age towers you’ll see throughout the park. Just like natural trees, these amazing structures photosynthesize using solar energy, and collect rainwater for irrigating the rest of the Gardens. Enjoy a walk along the elevated Skyway between them at 8.45pm to be immersed in a surreal sound and light show. 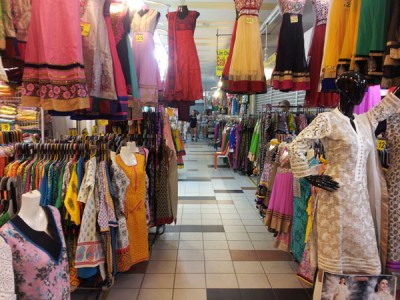 While Singapore naysayers call the city bland, sterile, or artificial, we’re willing to bet many of them haven’t weaved their way through the tailors, merchants, and hawkers of Chinatown, Little India, or Kampong Glam (the Malay district). Yes, Singapore is still a baby in chronological terms, albeit an immensely prosperous one, made up of migrant communities rather than evolving naturally over time. But a walk through the rows of splendid saris being tailored at Little India’s Tekka Centre, or one bite of just about anything served over the counter on Chinatown’s aromatic Smith Street, will assure you that this doesn’t matter. Serving Asia in miniature, Singapore is a town where Sri Mariamman Temple happily conducts Hindu ceremonies just a few blocks from the impressive Buddha Tooth Relic Temple and Museum, to say nothing of the half dozen temples and mosques surrounding nearby Amoy Street.

Bottom line? Singapore is immensely proud of its young, but vibrant mixed heritage. Nobody would blame you for spending a day exploring its diversity, knowing that a new slice of Asia is just a short cab or metro ride away. And if the tropical heat is getting to you, put all those cultures into perspective with an hour or two at the Asian Civilisations Museum. 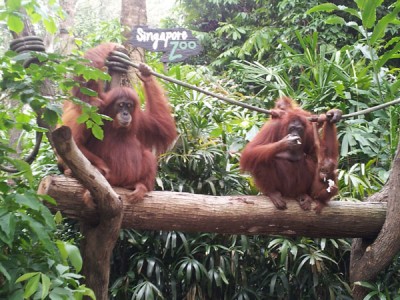 Does Singapore have the world’s best zoo? We’re not making that call, but we wouldn’t be the first if we did. This idyllic walk through the island’s rainforest acquaints you with a wide variety of the world’s most spectacular species – 315 of them, including White Tigers, White Rhinos, Cheetahs… even a Polar Bear, plus a wide variety of primates including cheeky Sumatran Orangutans, who roam freely near their enclosure, and even have breakfast with the guests! The Zoo has also drawn praise for its conservation work, including from Steve Irwin, Australia Zoo’s late Crocodile Hunter. It’s an ideal half-day excursion or an affordable family outing for any animal lover.

If you’d like to get a taste of Singapore Zoo without giving up half of your day, consider the adjacent Night Safari. This popular attraction covers an even larger area than Singapore Zoo, but only opens after dark, showcasing a very different collection of animals with its unique nocturnal concept. Newly opened River Safari completes the trio, offering river-themed zoo and aquarium exhibits, along with Kai Kai, an adorable Giant Panda. 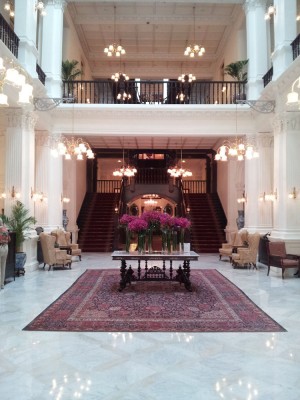 In a country with few genuinely historic attractions, the stately Raffles Hotel is an indelible slice of Singapore lore. The city-state’s first hotel has become a by-word for Singapore’s colonial era. Dating back to 1887, it predates ‘modern’ Singapore by almost 80 years. In that time it has hosted nobility, celebrities, and world leaders of every stripe. But any visitor to Singapore can experience Raffles. Those splurging for a room will enjoy exquisite, fully equipped suites, tastefully furnished in colonial style. A choice of fifteen restaurants and bars offer culinary delights for every taste, including Singapore’s most popular High Tea, which is also available to the general public. Singapore’s love affair with shopping extends to the Raffles Hotel Arcade, where products range from hotel and city mementos to fine food and drink. The most popular Raffles experience however is a Singapore Sling cocktail enjoyed at the Long Bar. This sweet creation – original to Raffles – may not be cheap, but for many, it’s a Singapore rite of passage, and a superb way to cap off a day’s shopping or sightseeing.