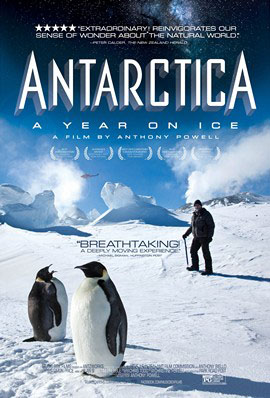 Documenting one of the largest research stations in Antarctica, the film Antarctica – A Year on the Ice, offers an amazing look into this fascinating area of the world. Filmed in the Ross Island region, home to two of the biggest and most famous research stations – McMurdo and Scott Base, the documentary chronicles a year of living and working in the remoteness of this wondrous land.

Winner of numerous awards, Antarctica – A Year on the Ice will inspire you to visit one of the world’s last frontiers.