Did you know that Antarctica is technically a desert? Antarctica is not only the coldest, driest (in terms of humidity and rainfall), and windiest continent, it’s home to the worlds largest desert!

Deserts conjure images and ideas of remote, barren places. Waterfalls however are certainly not things you’d expect to find in a desert, let alone a frozen one. But Antarctica never ceases to surprise anyone, and it is home to what’s called the Blood Red Waterfall, one of the worlds most startling waterfalls. 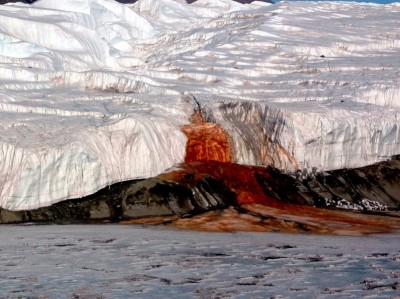 At the edge of where a glacier meets an Antarctic lake (Lake Bonney) is a deep cleft in the ice in which red water flows for months of the year, like blood from a wound. Aptly calls Blood Falls, the unique colour is of course simply the result of a little bit of chemistry. This water, or specifically extremely salty sea water (3x the amount of salt compared to ‘regular or modern’ seawater) which has been sealed in ice for millions of years, is finally exposed to oxygen, it’s high iron levels (as a result of being cut off from oxygen) instantly oxidize, or…rusts! This rusty water flows in a cloudy, blood like stream as red as blood.

More accessible for the globetrotting traveller when visiting Antarctica are a myriad of natural sites, icebergs, wildlife, and geography waiting to be explored. The 7th continent is increasingly on travellers must-see bucket list, and we’ve seen an enormous rise in both interest in travelling to this region, but also ways to travel there. Below is a very brief breaksdown of how you could get over to the 7th continent.

First off, South America, or more specifically Chile and Argentina are essentially the gateways to Antarctica. Cruise ships and airstrips servicing the 7th continent base themselves from the Southern most cities of Ushuaia in Argentina, or Punta Arenas in Chile. There are a few outfits basing themselves out of New Zealand or Australia, but Chile and Argentina remain as the hub for hardcore to luxury Antarctic travellers. 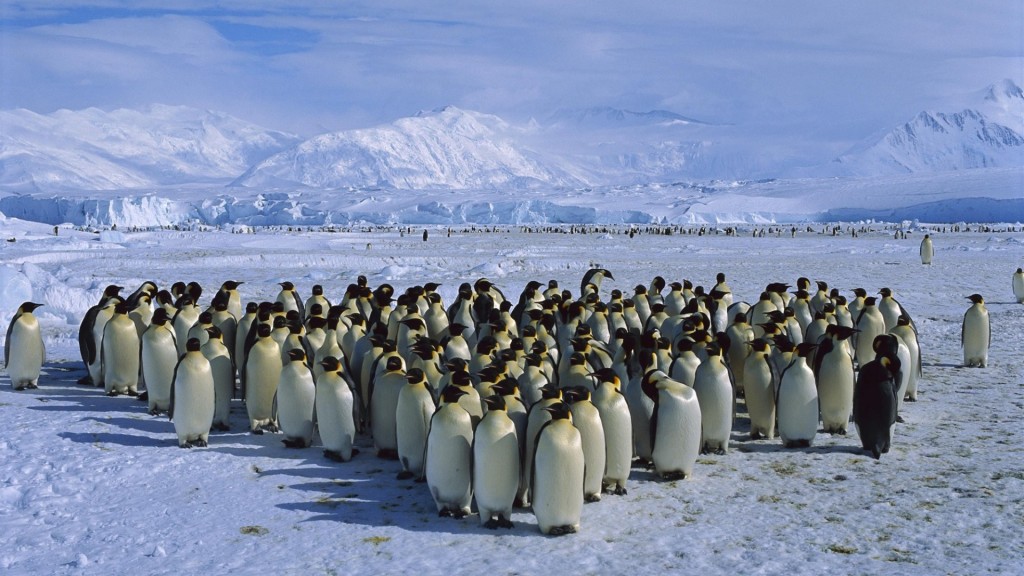 CRUISE TO ANTARCTICA – OR JOIN A SHIP USING SMALL PLANES

The main way travellers get over to Antarctica is aboard a ship, and this is certainly the best way to absorb and take-in this incredible part of the world. That said, you should be aware that off the Southern tip of South America is Cape Horn and the Drake passage, and these seas are some of the roughest in the world. Not picture, and few words could describe the vicious, relentless surge of the seas here. On average, expect 1-2 days sailing to, as well as sailing back from Antarctica, where you’ll feel like the ship is rolling around in a tumble dryer! The weather here is very unpredictable, changing multiple times within an hour, but you could get lucky and experience the ‘Drake Lake’, when the water suddenly takes on a flat, calm lake-like demeanour.

For those unsure of their stomachs or sea-legs, or are just shorter on time, it is now possible to fly and intercept your Antarctic cruise boat, or do the same on the return, effectively avoiding the Drake passage. This could save up to 4 days of (rough sea) travel. This is an easy choice for most travellers, some opt for it without question, while others decide the rough seas are simply part of the experience, and couldn’t imagine skipping it.

Another way to take in Antarctica, what’s perhaps the most comprehensive cruise, is to join or finish your cruise in the Falkland Islands. A short flight from Punta Arenas, Chile (although off the coast of Argentina), a few Antarctic trips base themselves out of here, and in almost every case these cruises are considered the longest out there, 15-20+ days. The bonus though, is visiting South Georgia Island, along with the Falklands, two islands which have a long shared history with Antarctic exploration. South Georgia is famous for being where stranded explorer Shackleton sailed in the open boat to then traverse over mountains to finally reach a whaling station and send word for a rescue for his remaining crew-mates.

There are a bunch of different activities available to do while exploring Antarctica, depending on which ship or method of arrival you take. These include: ice climbing, photography, painting, trekking (e.g. over South Georgia as Shackleton did on his famous journey of escape and survival), wellness programs and even scuba diving! You could also camp out (sleep) on the Antarctic ice (remember, there are no polar bears here!), or sea-kayak by huge rookeries of penguins. Cruise boats make up to 4 landings a day, so your time aboard the ship will often be resting, attending lectures or seminars on wildlife, photography or history, or exploring the ship’s surprisingly well stocked bar!

How will you explore the last continent?

Note: There is currently a 25% off offer on specific Antarctic Express cruises